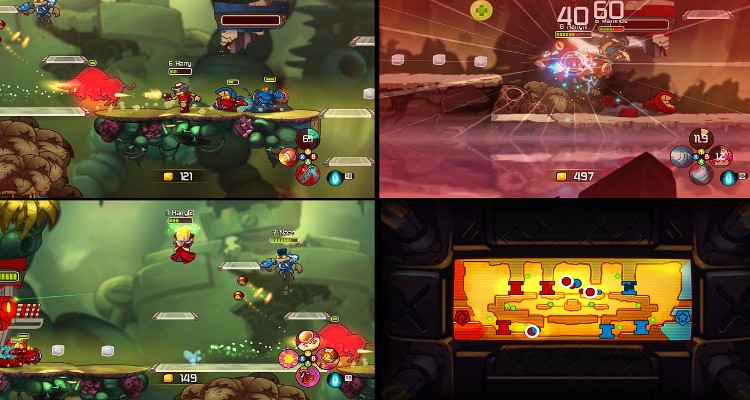 Why I Hate Online Multiplayer Oh Sooo Much!

Crisp-eaters, children, abuse-spewers and the “perks” system; just the tip of the iceberg unfortunately. ~ Zoey Hughes
I like to think of myself as a fairly easy-going optimistic person these days but when something gets me going stand back! The truth behind why I hate online multiplayer isn’t a simple one, it’s a list of complaints that rile me up so much that to play online is tantamount to the rage I felt when I was an angst-ridden teenager.
***

It’s not that I hate online multiplayer games – the games themselves have done nothing inherently wrong, but the people who play them… oh good god.

The statistical proportion of abusive idiots you meet in real life seems manageable so why does it appear that 99% of the world act like it when they game online?!

On the rare occasion the game room isn’t filled with underage kids eating noisy snacks (is it any wonder the world is so fat when it appears children can’t game without crisps? Crunch, crunch, crunch… mute the microphone you little brat!) they can be heard crying in the background.

I understand that people have busy lives but if people on the other side of the world can hear your child crying down the microphone then stop gaming and go be a parent!

I know it seems the deluded dream of a wishful thinker but for once I would like to play an 18 rated game online without having to play with children or be disrupted by them.

Once upon a time (Quake II era) the only problem you had to contend with was campers. For those of you not in the know, campers waited on the respawn point for a rocket launcher, or whatever else gave them the edge, killing you whilst preventing anyone else from getting their toys. At the time it was hell, but now I see it was only the beginning.

Wanting to play any game online, not even just shooters, appears to warrant an invitation to be abused. “F*** you, you suck!” “Why don’t you f*** off back to your mum?” – This is not the sort of language I want to hear if I dare to be sociable enough to play multiplayer.

If you manage to mute all the language so colourful it puts a rainbow to shame then you’re on to the next problem. I’m talking about sore losers.

How many of us have been right on the cusp of winning only to have the twat you’re beating quit out so he never “lost”? It’s not fair, and I beg any games developers reading this to include a mandatory experience gain for anyone this happens to.

In recent years many multiplayer games have introduced the perks system, and I hate it.

The idea is that the more time you put in the more advanced abilities you can unlock as a reward but let’s think about this for a minute. When you start you have nothing; no skills (assuming you’re not playing a sequel) and no flash abilities that immediately gift you the game. Then as you get better and need these perks less you unlock them.

Essentially it means that if you’re unlucky enough to end up in a room with someone on a maxed out level they are unstoppable; great for that player, sure, but awful for all those around them.

I’m aware abuse is always worse if you’re female but ganging up to pummel the girls constantly and drive out the female competition is just ridiculous. Yes I’m a girl, and I game. It’s my job. Get over it and move on!

And finally something that aggravates me time and time again – not playing the game as intended. The same idiots play every online shooter going and as such have honed their skills so it doesn’t matter what the game is, they’re going to play it exactly the same.

If I’m playing Prey I’m going to make good use of the portals, and if I’m playing Assassin’s Creed I’m going to be sneaky. Running directly up to people full pelt and constantly stunning them isn’t fun and it isn’t AC. You want to do that? Go play Call of Duty. You wanna play AC? At least try to be an assassin.

I hate online multiplayer. With its myriad of things that just make me want to scream it’s a rare occurrence that I even give it a try anymore. Maybe I’m just flogging a dead horse but every year I go back desperately trying to find a sensible adult room, and every year it just makes me more cross.

We need to take back control, people, or soon we might as well give up any hope of enjoying multiplayer again!