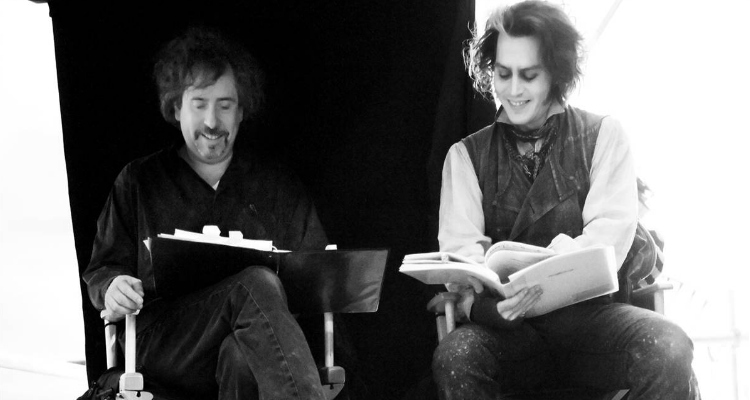 What Makes Tim Burton Unique? A Style is Born

There are just a handful of directors whose films are instantly recognisable, and fewer still who have put their stamp on everything from superhero reboots to blood-soaked operettas to stop-motion. ~ Jane Howarth
What makes Tim Burton unique is he’s not afraid to be different.  Instead, he makes the most of it.

Whether he’s making his own creation or adapting a classic, Burton puts a lot of his personality into the work.

What Kind of Movies Does Tim Burton Make?

To understand his approach, let’s look at the kind of film Burton makes.

First, his films are hard to classify.

Neither indie or totally mainstream, he makes unconventional films but doesn’t avoid major studios.  Just look at any of the films he’s made for Disney, the Batman (1989, Tim Burton) franchise, or the Warner Bros. spectacular Charlie and the Chocolate Factory (2005, Tim Burton).

There are horror elements in many Tim Burton movies, but they rarely stray completely into the genre.  In fact, they’re pretty much a genre all of their own.

Of all his films, only Sweeney Todd: The Demon Barber of Fleet Street (2007, Tim Burton) and Sleepy Hollow (1997, Tim Burton) truly approach horror, and even these two are an operetta and historical mystery respectively.

Burton also has a unique talent for gothic cute.

The director has said many times that he sees more humanity in his films’ monsters than it’s ‘normal’ people.

Burton’s monsters are not bad or scary (often the reverse), they’re just the weird kids.

What is Tim Burton’s Style of Filming?

Visually, Burton’s films are spindly shapes and wide eyes, against a unique combination of darkness and colour.

The aesthetics are definitely something out of the ordinary, so to find out what is Tim Burton’s style of filming, let’s go right back to his animator origins.

Starting out as a Disney apprentice alongside John Lasseter and the future Pixar team, Burton is known for producing sketches of his film projects, whether he’s writing or directing.

His artwork even earned its own MOMA exhibition.

You can’t miss his long-time collaborations either, most famously composer Danny Elfman, and favourites Helena Bonham-Carter and Johnny Depp.

Reappearing across his career, they’re part of the Burton world.

Why Does Tim Burton Stand Out?

What makes Tim Burton so unique?  Above all, it’s the clear vision that comes from creative honesty – approaching every story in a personal way and applying a talent for original style.

Never mind the budget, the scale, the format.  Whatever he makes, it becomes a Tim Burton film.

What do you think, is there anything I missed?