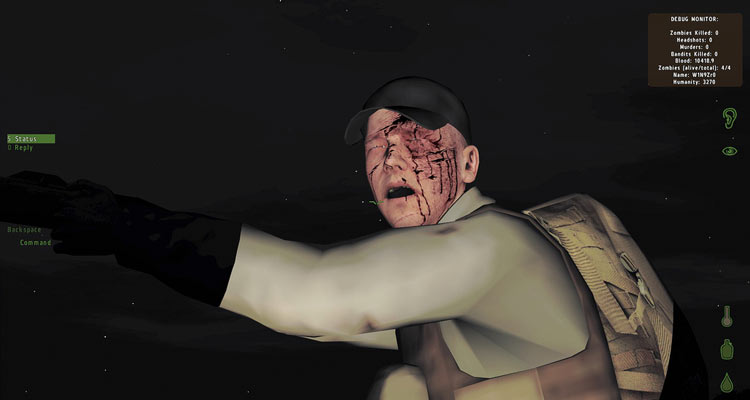 What games are similar to Day-Z? This particular game blew the doors of the zombie-survival genre of video games wide open when the mod for the less-well-known Arma & Arma II: Operation Arrowhead was released in 2010. For those of you that have been living under a rock with only a single flare and a can of beans for company, Day-Z places you in the midst of a zombie apocalypse with only minimal supplies and a childlike sense of terror.

The hook of the game is that once you spawn into one of the many servers online, your character has ONE LIFE and one life only, also known as “perma-death”. This means all of the achievements, items, snazzy clothes and weapons you have collected on your quest for survival will be lost and you will have to start THE WHOLE THING AGAIN once you log back in. Ace.

Survival games similar to DayZ have been round for yonks so if you’re looking for an alternative, here’s a couple that might peak your interest.

Sir, You Are Being Hunted

One of the best in the myriad of survival games similar to DayZ is “Sir, You Are Being Hunted” by Big Robot. This is still in its infancy as the open alpha was made available in August 2013. The game puts you on a Victorian-esque cyber-punk island as you are being hunted (the clue is in the title!) by, wait for it, ROBOTS DRESSED AS VICTORIAN GENTLEMEN! WITH DOGS!

If that is not cool enough for you the atmosphere is beautiful, the sound effects are terrifying and the island map is procedurally generated (yes, like “Minecraft”) so every time you launch a new game you have a somewhat new experience. Because the game is in its early life you can expect some updates that will hopefully give it more variety and keep the community playing for years to come (also there is ROBOTS!!!)

Not only does the title of Klie Entertainment’s 2013 offering give good, practical advice, “Don’t Starve” is also a fantastically addictive little gem of a game available through Steam or the Playstation Plus network.

The idea is to survive for as long as possible in this 2D open world and to avoid starvation, enemies and insanity. The hook which makes it comparable to Day-Z is the perma-death feature which means players will have to replay the game in a variety of ways to succeed and survive.

Zombie games similar to DayZ have had a great impact on the video game industry and of their players and DayZ’s perma-death feature HAS to be a big part of the appeal. Since “Minecraft”’s Survival Mode, players have been investing lot of themselves in the characters they create because of the risk involved in losing EVERYTHING is you take just one wrong turn in the game.

Survival games similar to DayZ have forced players to rethink the way they play the game and to really care about the challenges the game presents, making it a much more personal experience when the characters are lost. It may not be overt to all players that this is the case but psychologically it makes sense that survival games are so popular right now – players are seeking a deeper emotional connection with their virtual worlds.

Now if that’s not exciting/terrifying enough for you, I don’t know what is!