See More Results
Home > Music > Music Interesting Articles > Wondering What Are the Best 70 Songs? Then This is for You 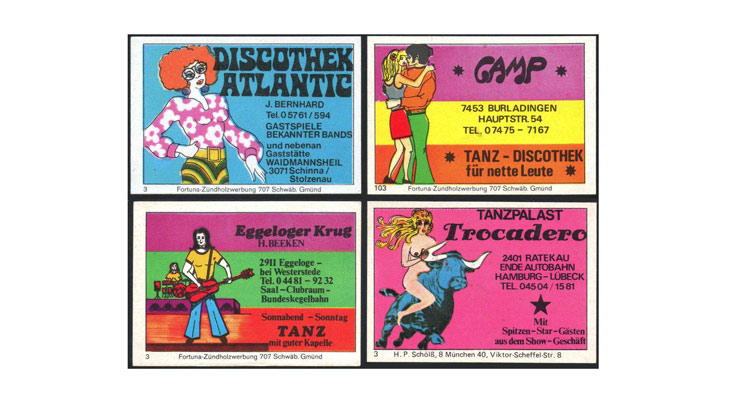 Wondering What Are the Best 70 Songs? Then This is for You

If you’ve ever queried “What Are the Best 70 Songs?” chances are that you’ll have been met with a range of responses.

The charts of the decade showcased a wide range of genres including glam rock, disco, punk, soul and conventional pop of both the sophisticated and somewhat dated, gooey varieties.

When I was asked “what are some good 70 songs that also seem to be under-appreciated?” I knew exactly where to turn.

I have worked with my regular writing collaborator Tom May on a wide range of projects in the past, and he has proved to be something of a walking encyclopedia when it comes to forgotten hits of the 1960s and 1970s.

In this article, we’ll talk you through a diverse five-song list of 1970s delights that may or may not have passed you by over the years.

We’ve covered pop, folk, disco, electro and rock in order to represent the multiple facets of a decade which can be unfairly-maligned.

Although we only have time to talk about five of these tracks here, we have compiled a 20-track Spotify playlist for those wishing to further indulge of some of the 1970s lesser-celebrated minor-masterpieces.

A decade which can be unfairly-maligned…

Myself and Tom May will be taking you back to the ‘decade that taste forgot’ so we hope you enjoy our selections.

DAVID LICHFIELD: The sole UK hit for the Oxford-born singer-songwriter and Giorgio Moroder collaborator Deirdre Elaine Cozier, who spent much of the 1970s living and working in Germany as a film producer. The cinematic Automatic Lover epitomizes the label Space Disco.

TOM MAY: A year on from I Feel Love and predating Kraftwerk and Zapp’s 1980s variations on this theme, this is a truly lovely instance of anguished disco. This is melodramatic and sensationally so, in its plaintive ode to human love amid a futuristic – or is it a sparkly 1970s – dystopia?

DL: Penned by legendary songwriters Gamble and Huff (Ain’t No Stoppin’ Us Now, Love Train, Me and Mrs Jones, etc), Message In Our Music positively oozes both soul and gorgeous, heart-racing joy. The Sound of Philadelphia indeed.

TM: This neglected delight has one of the most wondrous intros in all popular song. This is like abstracted barber shop Bacharach, and is followed by the sublimest  1970s soul-disco rhythms and strings.

A stunning clarion call to “listen in” and look around you. A stormy, pleasurable, political delight; it’s about surrendering to dance but also understanding why we dance.

DL: The lovelorn ballad has always been an inconsistent form, which far too many artists treating it as a cash cow over the years, but How Can I Be Sure? sounds nothing less than desperate, bleak and utterly heart-breaking, powered along by a series of melodies which go exactly where you want them to go.

Originating from the mid-sixties when it was released by the Young Rascals, this was covered by Dusty Springfield and the French singer Nicoletta before Cassidy truly made it his own. A number one single admittedly, but not an over-exposed one.

TM: Following the opening with its hazy gauze of treated guitars is an existential rumination on a love affair and impermanence from the teenage idol of 1972. Westlife? One Direction? You can’t quite see any of those lads producing something as crystalline as this.

DL: Insanely infectious, it’s gliding synth motif being just one ingredient contributing towards four-and-a-half minutes of rather melodramatic melodic genius. A song that once again documents the bottomless pit of song writing inspiration that is unrequited love. The Strokes would kill for a song like this.

TM: This pub rock outfit’s Dancing the Night Away featured in John Peel‘s Peelenium to represent 1977. This 1978 hit is a weird mix of clipped doo-wop stylings and deadpan, bargain basement synths – evoking wistful goings on in motorway service stations. Like a provincial lost cousin of David Essex‘s Gonna Make You a Star, which is no bad thing…

DL: It would be wrong to produce a list such as this without acknowledging the psychedelic, wistful and utterly charming acoustic songs that often peppered the charts during the earlier part of the decade.

Its proficient prog leanings ensure that it lives up to its title, but in a concise three-and-a-half minute way as opposed to the work of some of the era’s more self-indulgent virtuosos.

TM: In 1968, Browne had recorded an unusual album of rarefied baroque pop, Give Me Take You. Five years later, he released an eponymous album in a somewhat more folk-rock vein.

This single, which trailed the album in 1972, represents his more direct and worldly new style, less courtly than his sixties work and yet slightly more ethereal than, say, Gerry Rafferty. It contains one of the most divine end sections of any song: its last fifty seconds see an august, weathered vocal chorale accompanied by nifty guitar and a blazing, descending synth progression.

Now it’s your turn to answer!