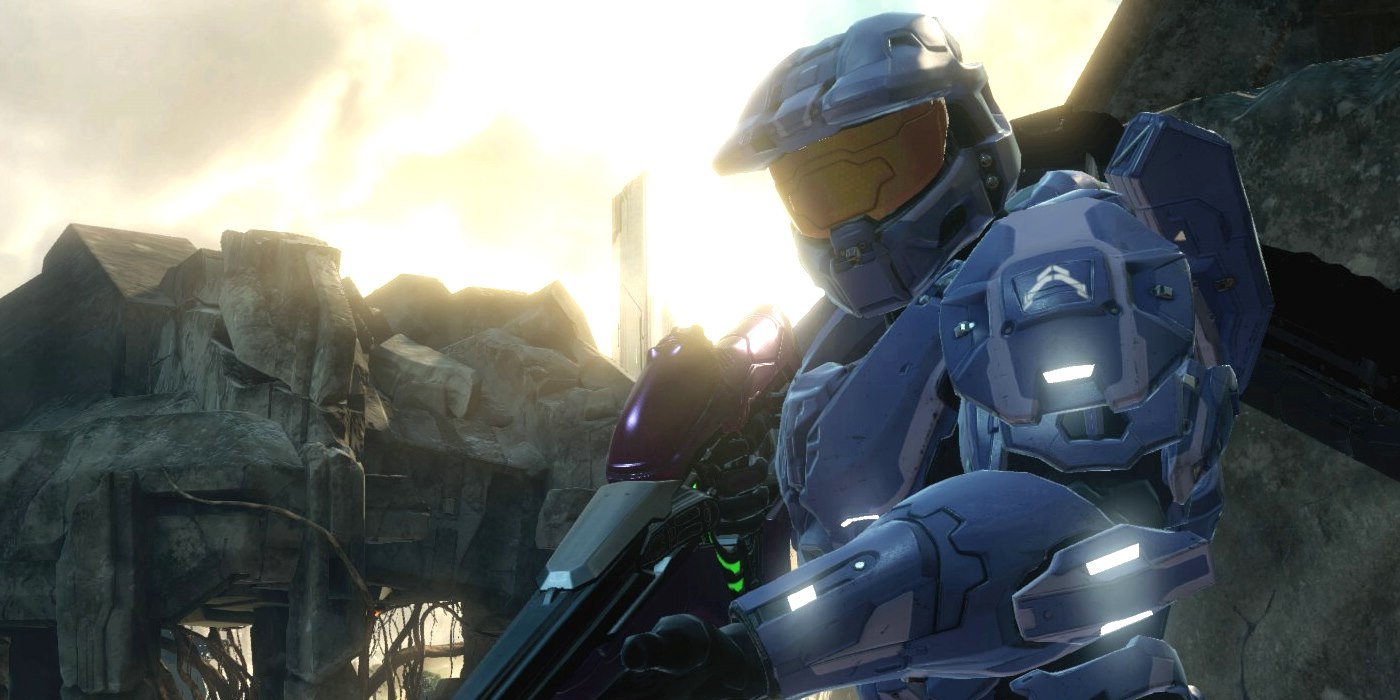 If there’s one exclusive franchise that has always been the envy of PlayStation only crowd it’s Halo. Setting a new benchmark in the FPS genre when the original was released the series has gone on to win multiple awards and sell obscene amounts of games.

Unfortunately Bungie is no longer in the driver’s seat leaving fans replaying the older titles over and over to get our fix.

Is there a solution to this terrible problem? Why yes. I can hear you asking “What are some games like Halo, Zoey? Can you help us?”. Of course I can. Check out these suggestions.

Since leaving the Microsoft exclusive fold Bungie turned their hand to something even more ambition – hugely hyped “shared-world” sci-fi FPS Destiny. The game incorporates seamless party transition in a MMO style into an open world that will evolve as unplanned events pop up from player actions.

There are many choices of race and class etc. but for those just wanting to be Master Chief the human race is pretty similar in both looks and available play styles.

The combat system works extremely similarly to Halo in many ways with that enjoyable level of balance we saw in the Halo franchise carried on into Destiny. Thanks to the high quality of the Halo universe multiplayer modes you can be sure the maps are well thought out, well-crafted and above all fun.

Destiny is being hailed as the FPS experience of 2014 and there are a lot of available team mates at every skill level currently piling onto the servers so if you want to see what Bungie did next get stuck in to this title and enjoy.

Determined not to be shown up, Sony created their own sci-fi FPS series called Killzone. Whilst it’s not in the league of your favourite franchise these are great games if you like Halo and own a PlayStation of some variety.

The series is set in the midst of a galactic war between the Interplanetary Strategic Alliance and the Helghast (think Marines and Covenant) and takes place on home planets of both parties (just like Halo). There have been four main protagonists and a variety of supporting characters as the story progresses. Like Halo the story is not left behind in amongst the chaos.

There is, of course, also plenty of multiplayer goodness to enjoy as well.

PlanetSide 2 is a free to play sci-fi FPS MMO in which you can play as one of 6 different classes (infiltrator, light assault, combat medic, engineer, heavy assault and MAX class). To sign up for an account click here.

300 years ago the planet of Auraxis was discovered. Earth has been devastated by war and sends people to investigate it but the inevitable breakdown of rules occurs and there are soon numerous factions arming themselves and trying to take Auraxis for themselves. The three-way battle involves the government sent operates, the New Conglomerate (a group of freedom fighters) and the Vanu Sovereignty who believe the alien (Vanu) tech found on Auraxis will unlock the secrets needed for man to evolve to the next level.

PlanetSide 2 is actually a fleshed out version of the original but improvements to both the gameplay and story mean that it is a definite step forward for the game.

Have a look at this article if you want to check out some great games like ‘PlanetSide 2’.

Resistance is a sci-fi FPS series that has three main games. Set in an alternate timeline the year is circa 1950 when an alien race known as the Chimera invades and conquers Earth. Humans are turned into super-soldier monsters that fight for the Chimera (they must be tired after all that travelling) in a bid to wipe out the remaining humans.

You have the unfortunate pleasure of being one of those remaining humans. Like the Halo games, Resistance gives you a great combination of both human weapons and straight up futuristic alien weapons.

Unfortunately the multiplayer is now on the way out but there’s plenty to enjoy in campaign mode so this is still a good pick.

Crysis is another trilogy of sci-fi FPS games and it is often suggested that this is the winner when looking at games that are like Halo. The series is exceptionally pretty to look at and also very immersive to play.

The story begins as a massive and ancient structure built by aliens is discovered inside a mountain(!) near the Philippines. An inevitable close examination begins and you play Jake Dunn, part of the army squad sent to investigate it. You’ll need your wits about you as you face both human and alien enemies as you explore the island and attempt to learn about the structure.

There are plenty of weapons and vehicles to aid your quest along with multiple ways to complete your objectives (same developers as Far Cry).

The series has had a high level of critical acclaim and all three main games are now available to purchase.

Other Great Titles to Check Out

I don’t know about you but I find my interest in new Halo games has waned since the shift from Bungie to 343 Studios. Not there’s anything wrong with 343, they did a super job on the Anniversary editions but I would just have preferred creative control to have remained with Bungie for future games.

Destiny is a great choice but personally I think I’ll just play through Halo: CE Anniversary one more time.

Found another sci-fi FPS that makes you think of Halo?

Share it with the world in the comments section.