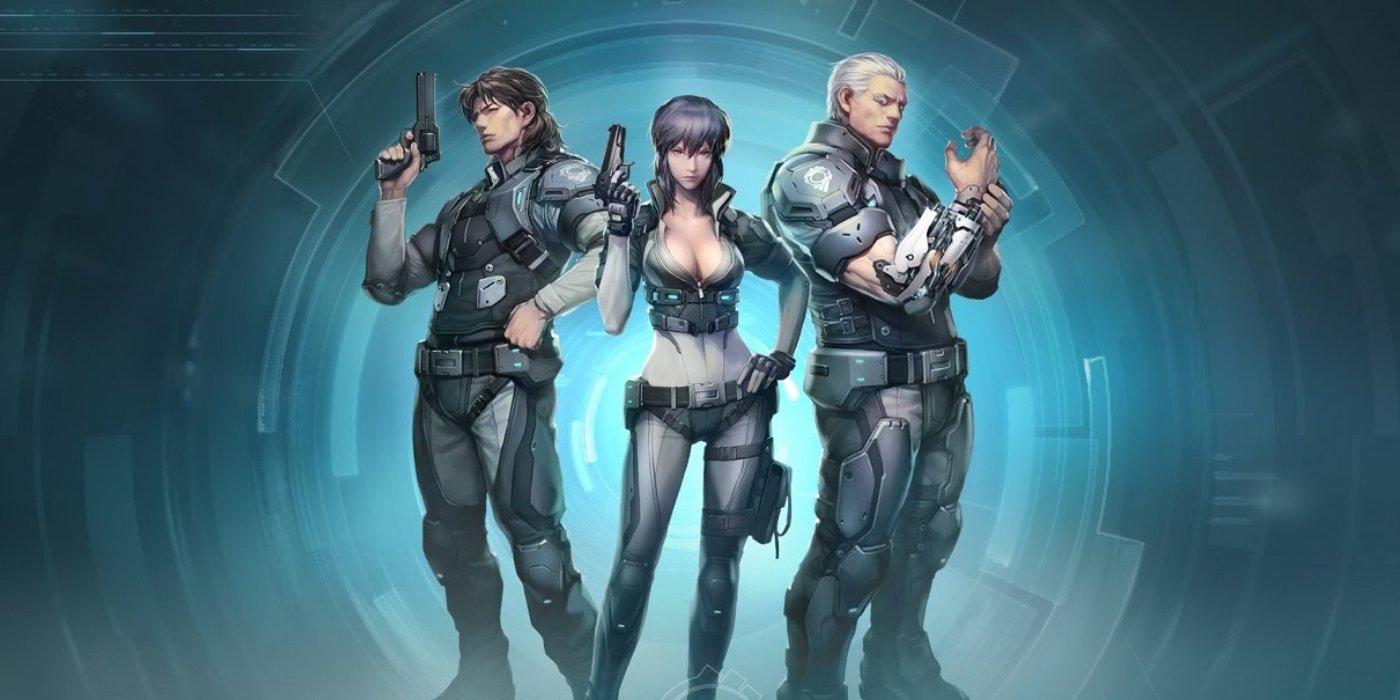 4 Video Games like Ghost in the Shell: Cyborgs & Political Intrigue

There are actually several official Ghost in the Shell games but Deus Ex is your best bet outside the franchise. ~ Zoey Hughes
Very few anime series have had the lasting appeal of Ghost in the Shell. First launched in 1995 in the form of a movie, the series feels like it could have been created yesterday, especially with recent trends lapping up anything cyberpunk.

Video games like Ghost in the Shell need to embrace this, give us cyborg parts to play with and preferable come with a load of political intrigue and anime style. Let’s see what I can come up with for you.

You may feel like only a tiny subsection of society knows what you’re talking about when you mention Ghost in the Shell but even fewer people seem to be aware of the 4 officially franchised games.

The first game, simply entitled Ghost in the Shell, is based on the original movie, complete with the same voice cast. It was released on the original PlayStation but you can still find the occasional copy floating around. Reviews were fairly good, showing a flurry of 7s and 8s.

GitS: Stand Alone Complex was released on the PS2 and takes place in the year 2030 between the events of the Stand Alone Complex series and its sequel S.A.C. 2nd GIG. Like its predecessor the game is a 3rd person action title with plenty of hacking thrown in for good measure.

Because game designers sometimes like to confuse us the third game is also called GitS: S.A.C. despite being a sequel to the original and not just a PSP release. It styled itself as a first-person shooter and was only mediocre so only true fans need apply.

Our final Ghost in the Shell game is the much anticipated MMORPG simply titled Ghost in the Shell Online. Unfortunately fans waiting for this one will have to wait a little bit longer as since announcing the game would be released in the first half of 2014 there’s been no sign of it. Time to watch all the DVDs again and then watch this space.

It may not be anime in style but the Deus Ex series has cyborg elements and political twists coming out of its ears. Firmly set in a cyberpunk high-tech world, enhanced humans are commonplace as you explore this first person action RPG series.

With a host of different ways to play (from full-frontal assaults to sneaky backdoor hacking) and a whole tech tree to explore this series has depth both in its story (freedom of choice is everywhere) and its gameplay.

The series has received critical acclaim and highly positive reviews since the beginning (Deus Ex on PC and PS1) but if you’re looking for a more modern experience feel free to jump straight in to Deus Ex: Human Revolution (360/PS3/PC) which I can strongly recommend.

We may be concentrating on video game recommendations but if you’ve not seen the highly successful anime series of Cowboy Bebop you should try it out. Set in 2071 it follows a bounty hunter crew on their spaceship and explores many philosophical concepts such as existentialism.

Games-wise Cowboy Bebop has not made it easy for you to find and play their games.

The original self-titled game was released on the PS1 but was actually a lack-lustre vehicle shooter not worth your time. Cowboy Bebop: Tsuioku no Serenade is an action title with the original cast is a much more worthwhile experience but was unfortunately was only ever released in Japan. If you speak Japanese and have the facilities you’ll enjoy this game but in the far more likely scenario that you don’t then it’s tough luck I’m afraid.

Ah, this takes me back. When I was in my young teenage years we just couldn’t get enough of Neon Genesis Evangelion. Focusing mainly on the efforts of NERV, a paramilitary organisation, as they fight enemies in an apocalyptic world, this action filled series was begging for a video game adaptation and got many (for the full list click here).

If I only recommend one title in this franchise it has to be RPG Neon Genesis Evangelion 2 as it provides a complete videogame experience that follows the entire series and movies. Perfect for those who want gritty anime action and a new world in which to immerse themselves although you might find yourself lamenting the lack of cyborg options.

There are few games like Ghost in the Shell out there, especially if you’ve already exhausted the games in the franchise itself already.

Deus Ex may be far removed from the anime style you’re used to but it does tick all the other boxes and is an epically awesome series, but if you’re determined to stay loyal to the world of Japanimation then Neon Genesis Evangelion has many titles to keep you occupied and will help you fall in love with a whole separate anime series to boot.

Anime games are slim pickings in this part of the world, especially if you’re after something with a specific tone. If you’ve found a game that fits the bill let me know in the comments below.