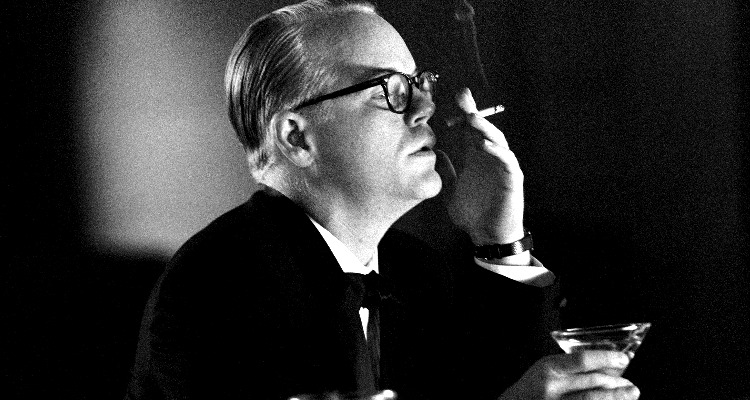 Top Most Versatile Actors: Convincing In All Roles

If you want to see actors who span all genres and play all sorts of characters, check out the work of Joaquin Phoenix, Christian Bale or Philip Seymour Hoffman. ~ Jonny Sweet
Many actors fall into the trap of getting typecast and playing the same, tired roles again and again.Just look at Jason Statham; after a fantastic showing in both Guy Ritchie classics Lock, Stock and Two Smoking Barrels and Snatch, his career took a decisive nosedive, which has the odd quality of simultaneously plummeting in terms of quality, skyrocketing in terms of box-office success and completely plateauing in terms of the type of hard-man character he plays.

Many actors fall into the trap of getting typecast and playing the same, tired roles again and again

Similarly, Arnold Schwarzenegger invariably played the muscle-bound action-hero (despite his attempts to break into the comedy scene and the children’s canon), whilst Adam Sandler is caught up in a never-ending cycle of repetitive mindless humour flicks.

However, real actors earn their cash by playing a variety of different roles. Here are five of my personal top most versatile actors.

Who are the most Versatile Actors?

In my opinion, the most versatile actors are those who are equally convincing in a wide variety of roles and who put their heart and soul into their performance.

Daniel Day-Lewis’ method-acting techniques are well-documented, and though I do not for a second deny his obvious ability, in my opinion, his films are simply a little dull.

His Oscar-winning performance in Lincoln was undoubtedly convincing and effective; I just didn’t take to the story all that well.

Ditto in Last of the Mohicans and There Will Be Blood.

Therefore, although I have huge respect for the man as an actor, I have omitted him from this list, basically because I am not a fan of the films he has chosen to showcase his ability (with some notable exceptions, of course).

Joaquin Phoenix has varyingly played a callous, devious and utterly unsympathetic Roman Emperor in Gladiator (find similar films here), a drug-fuelled Johnny Cash going off the rails in Walk the Line, a barely intelligible drunk in The Master and a pathetic, lonely writer who turns to technology for romance in Her.

Of course, he has played an incredible amount of other roles as well; and he has been entirely convincing in every single one.

Perhaps his biggest feat was in the 2010 mockumentary I’m Still Here, in which he managed to convince the world that he had forsaken acting and taking up a career in rapping, appearing dishevelled and rambling.

There was a time when I was not really a fan of Christian Bale… partly because of his incredibly annoying Batman voice, but mostly because of this unbelievable rant at an errant crew member on the set of Terminator: Salvation.

But though he might not be the most likeable personage off-camera, on it, he undeniably has charisma.

His great performances in American Hustle, American Psycho, The Prestige and The Fighter – all very different roles – showcase his obvious talent.

Plus, his commitment to the art in The Machinist, where he reputedly lived on nothing but coffee and apples to slim down for the role, only a year before bulking up for Batman Begins, is astonishing.

An incredibly prolific actor, Hoffman has most often starred as the supporting actor or a minor role, rarely taking the limelight himself.

However, he often steals the show.

Hoffman never disappoints in his roles

Whether he’s playing a reverend, a care-worker, the leader of a cult, a famous novelist, an inquisitive friend, a music producer, or whatever, Hoffman never disappoints in his roles.

Unfortunately, he tragically passed away earlier this year.

He will be sorely missed.

McConaughey started out his career as pure rom-com fodder; eye-candy for the females who loved to ogle his six-pack and hear his dulcet tones.

Indeed, his first role in Dazed and Confused remained his best one for quite some time, until of late, when he has been branching out and delivering some high-quality performances in high-quality films.

He appeared as an intrepid attorney in The Lincoln Lawyer, a small-town sheriff in Bernie, an unsettlingly deranged cop in Killer Joe, a runaway outlaw in Mud and an enterprising cancer-sufferer in Dallas Buyers Club – the last of which won him an Oscar for Best Actor.

Fully deserved… his short but memorable cameo in The Wolf of Wall Street was also an absolute delight.

Most of the versatile actors on this list act differently in their respective roles; Mickey Rourke actually looks different in almost every film I’ve seen in him.

From his early days as a cooler-than-cool playboy in Rumble Fish to his portrayal of the Bukowski character Henry Chinaski in Barfly to his completely unrecognisable Marv in Sin City to his Oscar-nominated performance in The Wrestler, Rourke continues to surprise.

Of course, much of his changed appearance is down to a less than commendable lifestyle.

I reserve judgement on that; I will say, however, that he has managed to make the most of his altered looks and continually delivers great performances in his various guises.

Got a Favourite of your Own?

These are my top most versatile actors, who are yours?If there’s someone really obvious you think I’ve missed, show me up for the fool I am by stating your case below.

Alternatively, if you’ve unearthed a versatile hidden gem, I’d be equally keen to hear about it.

Either way, you know what to do.