See More Results
Home > Games > Games Like > 6 Top Games like Final Fantasy: There Will Never Be Enough of Them! 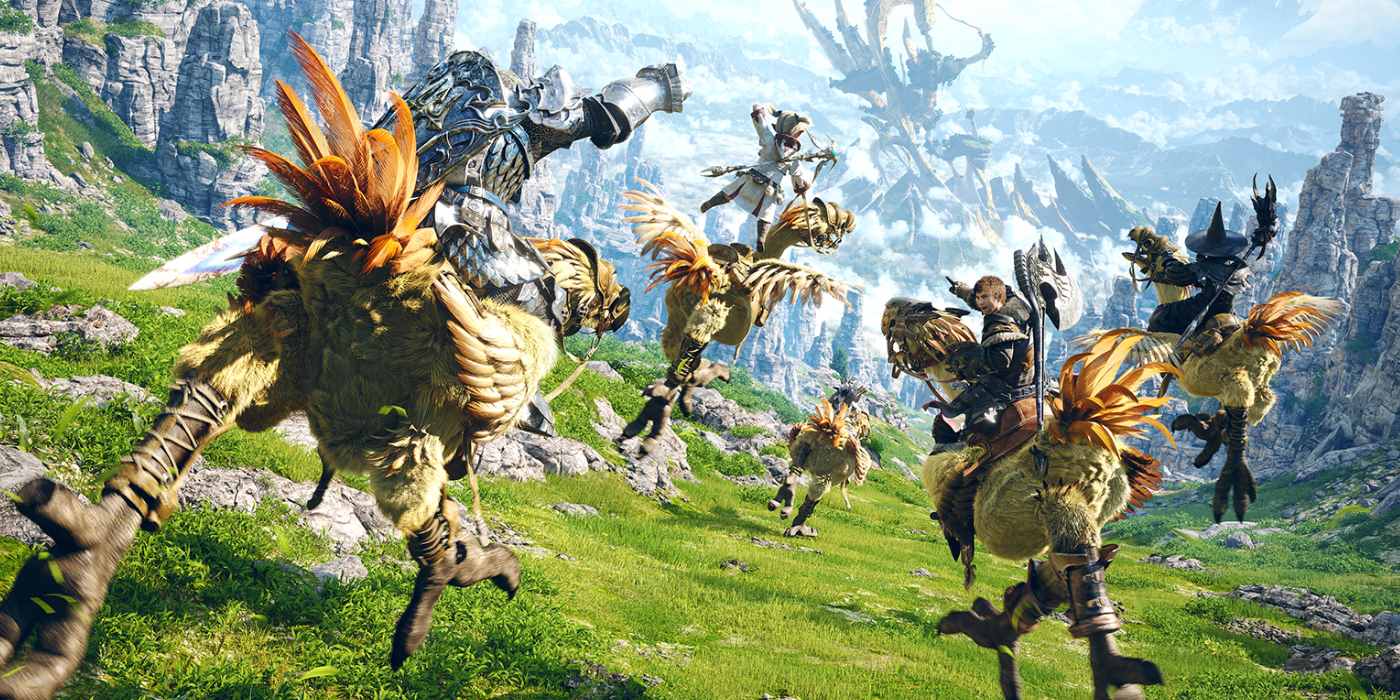 6 Top Games like Final Fantasy: There Will Never Be Enough of Them!

The wonderful work of Square Enix doesn’t just include Final Fantasy. There are dozens of titles for you to discover by that one company alone.
~ Zoey Hughes
Final Fantasy XV is nearing and yet for complete addict of the Square Enix franchise, myself included, that’s not nearly enough.

Even with all the additional spinoff titles and sequels we still need more of the highly immersive JRPG series. But what about other similar games? Are there any top games like Final Fantasy to play in the long waits in between new games?

You’ll be pleased to know there are plenty to choose from so here are some you should check out if you haven’t already.

I could honestly write a super long article just on the great JRPGs in the Square back catalogue. It’s unbelievable the amount of awesome titles they’ve produced and if you’re after games comparable to Final Fantasy then it should be the first place you look.

The Dragon Quest series is hailed by many as the first true console RPG and was the inspiration for the FF series itself. There are still new Dragon Quest titles (and remastered older titles) being released totalling ten games just waiting for you to discover them.

The battle system, music, character design and even the world design will feel familiar to FF fans making them feel right at home.

Kingdom Hearts doesn’t even try to be its own thing. Take Final Fantasy, mash it up with Disney and you have a wildly popular FF clone that kids and big kids everywhere will adore.

Featuring characters from both franchises and being a FF game with a Disney story this is sure to please fans of both franchises, unless you happen to be a Final Fantasy addict who hates Disney but I’m not sure that’s possible. Look out for the third instalment coming in 2015.

It may have been released in 1995 but the love for Chrono Trigger just isn’t going away.

Created by the dream team that were responsible for Final Fantasy this may be a return to 2D sprites but it’s worth it (as anyone who’s played the earlier FF titles is well aware).

The battle system is nigh-on identical to some FF titles with a familiar ATB and random encounters being welcoming features as you explore the world map.

The Mana series begun as part of the Final Fantasy franchise (the first game was Final Fantasy Adventure) but after releasing one game decided it was strong enough to stand on its own two feet and broke away, dropping a lot of the identical features but remaining pretty similar.

Secret of Mana was the first breakaway title in the series and remains the best received both critically and with the fans.

The series tends to favour real time battle systems but if that puts you off maybe you can be won back by the occasional appearance of familiar faces such as Moogles and Chocobos.

Other Squenix Titles to Try

Of course there are also plenty of sumptuous JRPGs developed by other companies so don’t discount these gems.

Blue Dragon is frankly superb. It is gorgeously styled with an engaging story and systems that screamed Final Fantasy throughout; and there’s a good reason for that.

The man behind development company Mistwalker is Hironobu Sakaguchi, none other than the creator of Final Fantasy. He wrote the story and supervised development from day one so it’s no surprise that this feels almost identical to a Final Fantasy game.

Finally the wonderful Tales series. One of the best JRPG series’ out there (currently ranked just behind Final Fantasy and Dragon Quest in Japan) it favours a manga style and a more input required combat system but ticks every other box you need.

The stories are fantastic, the characters even more so and the best news is that there are 15 titles in the series plus spin-offs. Series highlights include Symphonia, Vesperia and Xillia but there’ll be plenty more to come.

I am so passionate about the Final Fantasy series and each title in the series remains a huge source of excitement for me but there are a lot of seriously good wannabes out there.

The best games similar to Final Fantasy manage to capture you utterly and fill you with excitement. I honestly couldn’t choose a favourite as I’ve loved so many of the titles I’ve mentioned but I have a special soft spot for Blue Dragon, Tales, Ni no Kuni and Kingdom Hearts.

Can you possibly pick a favourite? If so let me know in the comments below.