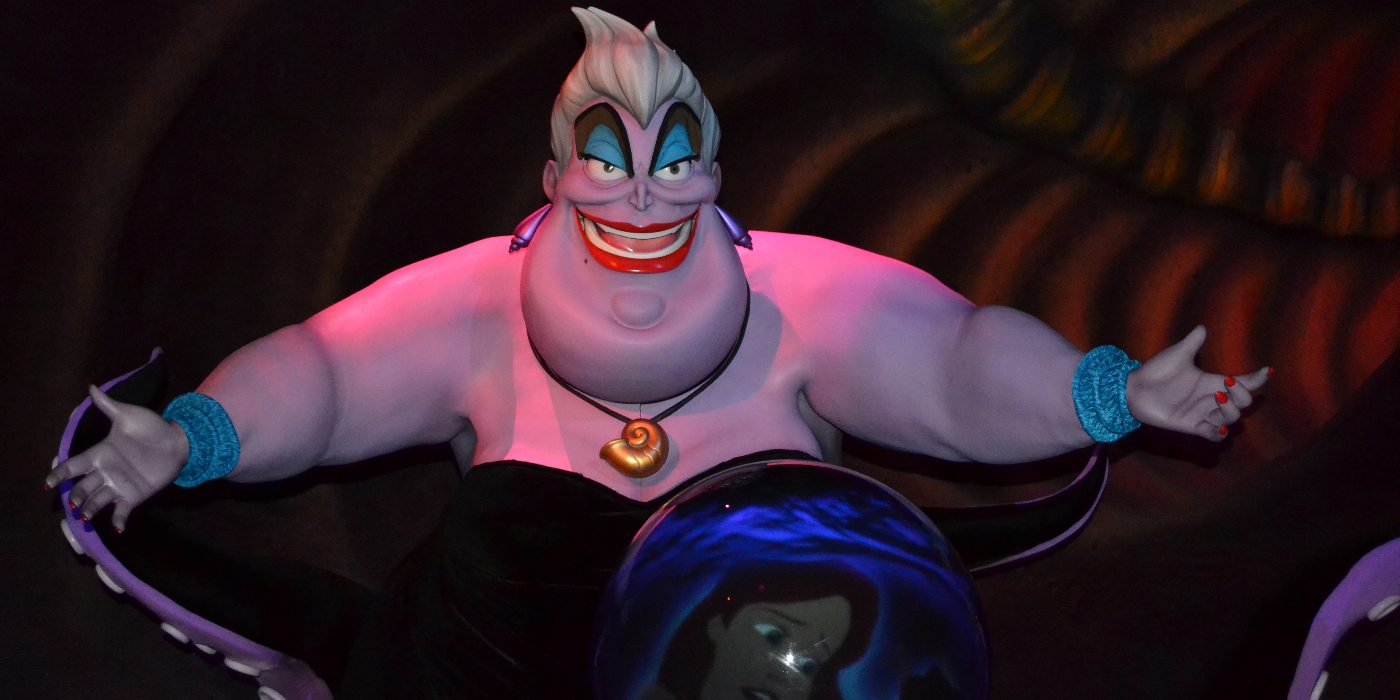 The Five Top Female Disney Villains of All Time. Muahahaha.

It’s easy to focus on the hero or heroine of the story.

But without these pesky villains there wouldn’t be a film, unless we want to watch everything running smoothly for two hours.

One thing is certain, the top female Disney villains take many forms.

‘Rule one – no mineral or vegetable, only animals. Rule two – no make-believe things like pink dragons and stuff. Now, rule three – no disappearing.’

Throughout Disney history, female villains have taken all guises, they’re ambitious and they know every trick in the book.

In my mind, the Witch is the most original of Disney villains, in the first Pixar film with a female heroine.

This spooky part-time woodcarver grants people’s own desires, laced with unexpected consequences.  She’s not the most evil.  Instead, the Witch is fantastically ambiguous.

Another great thing about this villain?

Her woodcarving shop is a treasure trove of hidden Disney and Pixar characters. You might need to freeze frame, you’ve got to be fast to catch them!

Now here’s a female villain with a talent for evil plots.

Before the prologue’s over, Mother Gothel conceals a life-saving flower and kidnaps Rapunzel.  She uses psychological trickery and devious schemes at every turn.

Mother Gothel doesn’t even use magic.  Her brand of evil is very human, and that’s even scarier.

If she gave out sweets and loveliness for the rest of the film, it wouldn’t be enough to balance that out.  Luckily we have no such problem, Cruella is pretty ghastly all the time.

Cruella is also an attention seeker, so let’s annoy her and move right on.

Unluckily for this well-dressed villain, she’s surrounded by incompetent henchmen, but that doesn’t stop her.

In a scene thought to be originally intended for Snow White and the Seven Dwarfs (1937, David Hand), Maleficent ramps up the evil by kidnapping Philip before turning into a fire-breathing dragon.

Not content with setting Ariel up to fail, thanks to a double-edged enchantment, she uses Ariel’s own captured voice and tries to marry Eric herself.

When that plan fails, does she turn into a dragon?  Nope, a gigantic version of herself.

She, in her own form, is more terrifying than a dragon.

If that’s not Enough of Disney Evil Female Villains…

Do you need some cheering up now?  How about a nice discussion to get all that Disney villain angst out in the open?

Let me know who you think the best female Disney villains are!