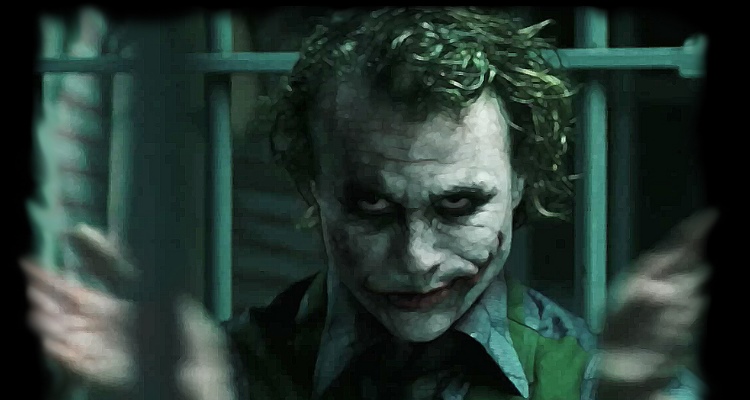 Top 10 Movie Villains of All Time: The Real Deal

When it comes to notable film villains, look no further than Hannibal Lecter, Tommy DeVito or The Joker. ~ Jonny Sweet
Of course, the Bond films alone yield a significant amount of villains: Blofeld, Scaramanga, Goldfinger, Oddjob, Jaws, Alec Trevelyan, Elliot Carver, Le Chiffre… the list goes on and on.

But while these villains are entertaining in themselves to watch, their theatricality meant that I never really took them seriously as credible sources of terror.

A similar thing happens with Darth Vader, Sauron and most comic book film villains… their world seems so far removed from ours, that their threat is nullified by their habitat.

On the other hand, there are a multitude of genuinely scary movie monsters out there which would certainly terrify me if I bumped into them in a dark alley.

For those characters which truly strike fear into the heart of the viewers, here is my personal top 10 movie villains of all time.

Alan Rickman almost snuck into the list with his fantastic portrayal of Severus Snape in the Harry Potter films.

However, the world of Hogwarts and Harry falls somewhat under the category of fantasy; so far removed from reality as to be less scary (for me, personally). I would say that Snape outshone – or perhaps overshadowed is a better word – He Who Must Not Be Named, though.

However, Rickman’s sinister voice (and face, poor man) came into the realm of reality in Die Hard with his cold-blooded and calculating German terrorist Hans Gruber.

Indeed, Rickman’s evil-looking physiognomy has led to him playing the villain of several other occasions, including memorable turns as the villains Rasputin and Tybalt in the respective TV movies Rasputin and Romeo and Juliet.

“Do you know what ‘nemesis’ means? A righteous infliction of retribution manifested by an appropriate agent. Personified in this case by an ‘orrible cunt… me.”

Brick Top’s self-introduction in Guy Ritchie’s dark comedy Snatch sets him up as an ’orrible cunt… and he certainly lives up to this by repeatedly threatening to chop people up and feed them to the pigs.

His cold and uncaring manner is chilling to watch as he destroys people’s lives without a second thought… making the ending of the film all the more satisfying.

Snatch is fairly rich in epic film villains to be honest, with Vinnie Jones’ Bullet-Tooth Tony and Rade Serbedzija’s Boris the Blade also terrifying in their own rights.

Lecter’s penchant for chianti, fava beans and human organs is… unpleasant to say the least.

Hopkins plays the deranged psychopath to perfection and his method of escaping his maximum security prison cell is one of the more ingenuous and horrifying scenes I can think of from film.

Lecter’s trademark weird sucking sound has become so infamous that it is parodied left, right and centre… surely the mark of a good villain. Just don’t make fun of it to his face, or he might end up wearing yours.

Special mention should go to Buffalo Bill, as well of course, the actual villain of the film. All of thunder was most definitely stolen by Lecter, though.

No Country for Old Men brought Javier Bardem to my ignorant attention for the first time… and scared the bejesus out of me.

His reticent manner, vacant stare and unorthodox method of execution make him someone to be truly feared, especially since his unhurried but relentless pursuit of Josh Brolin implies that sooner or later, he will get his man.

The Coen brothers should take some credit for maximising his impact as well with the claustrophobic and realistic feel of the film, and Brolin does a great job of making us feel the breath of Bardem bearing down on his neck.

Like with many others on this list, it seems it’s the lack of import Chigurh attaches to killing and to human life in general that achieves the chilling effect.

Though Trainspotting’s Begbie is not as murderous as Chigurh, at least Chigurh’s killing had a purpose; to retrieve the lost money.

Begbie picks a fight for the sheer hell of it, tossing a pint glass from a busy pub balcony in one scene, before inciting a riot with the ostensible reason of finding the culprit.

I’ve touched on the unsettling magnetism of Begbie elsewhere on this site and Carlyle plays the Scottish nutjob character very well, something I can vouch for having grown up in Scotland.

Carlyle is also adept at playing baddies in other film, with his Viktor Zokas in the Bond franchise being fairly scary and his insane Daffy in The Beach also sending a shiver up the spine.

Who could forget Michael Madsen’s terrifying dance to ‘Stuck in the Middle with You’ whilst dismembering a cop in Reservoir Dogs?

Another villain stalwart, Madsen has cropped up in Donnie Brasco, Sin City and Kill Bill, each time playing a bad apple with a flair for violence.

Credit to Tarantino – he certainly knows how to create a credible villain.

The opening scene of Inglourious Basterds may be one the finest first scenes in cinematic history, largely due to the terrifyingly creepy performance of Christophe Waltz.

His faux-ingratiating manner and idle chit-chat turns nasty at the drop of a hat and the unfortunate family feel the disastrous effects of his wrath.

An incredibly assured performance from an actor launching himself into the mainstream with aplomb.

Director Shane Meadows tells a classic story of retribution in small-town England, as an inept group of small town criminals get their just desserts in the 2004 film Dead Man’s Shoes.

The raw emotion and saliva-spitting intensity that Considine brings to the role immediately installed him as one of my favourite and most underrated actors and I have followed his career with interest ever since.

From the scene where we first meet him confronting Herbie in the pool hall to the final one where he comes to terms with his actions, Considine’s Richard is unpredictable, unhinged and truly terrifying.

In both Casino and Goodfellas Joe Pesci hits the psychotic buttons perfectly.

Santoro’s demolition of a man using a ball-point pen is chilling in its unapologetic brutality, while DeVito’s famous “I’m funny how, I mean funny like I’m a clown?” scene in Goodfellas is incredibly tense as the audience – and the characters – have no idea which way the situation is going to go.

A fairly diminutive man in stature, Pesci proves with these two roles that size isn’t the most important thing when it comes to intimidation and that the biggest film villains aren’t always the largest.

I said that most comic book characters felt too far removed from reality to be truly scary for me… Ledger, and Christopher Nolan, as his director, got the balance just right in The Dark Knight.

When Ledger was tasked with the unenviable job of replacing him and reprising the role, it could have been seen as a bit of a risk; especially as up until that point he had spent the majority of his career wallowing in rom-com and action-flick mediocrity.

Not only did he make the role his own and produce one of the most unique movie villains of all time, he produced perhaps the best ever performance I have seen from an actor in any role.

Ever twitch, every stutter, every shake of the head or licking of the lips has the audience rapt; Ledger delivered a truly mesmerising performance that fully deserved the plaudits and the Oscar that he received posthumously.

It is indeed a travesty that Ledger realised his potential in his final film and that his life was tragically cut short, perhaps by his dedication and involvement in the role.

Who Did I Miss?

There are many more spine-tingling villains out there; which performance stood out for you?

I’d love to hear your thoughts below.