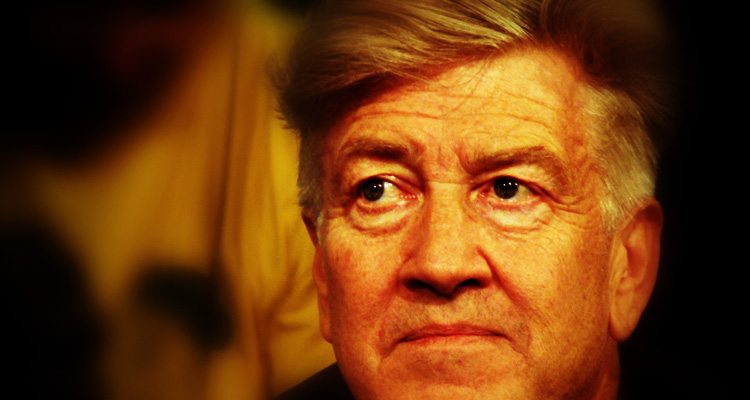 Before we can begin to discuss the best David Lynch work, we need to establish which of his many mediums we are discussing; Photography, art, music, writing, transcendental meditation or movies? ~ Roxanne Sancto
David Lynch is a man of many talents; inspired by Francis Bacon, the 20th century artist from Ireland, Lynch has produced a lot of art work, all of which he describes to be:

David recorded his first album BlueBob in 2001 and appeared on Danger Mouse and Sparklehorse’ Dark Night of the Soul. My favourite so far was Crazy Clown Time in 2011, but that might be topped by his latest album The Big Dream.

David Lynch is a strong believer in transcendental meditation’s ability to bring peace to the world. In his book Catching the Big Fish, Lynch discusses the effects of the TM technique on his creative process.

David’s first feature length movie was the surrealist horror Eraserhead, which took several years to complete due to funding problems. It starred Jack Nance who had also worked on Twin Peaks as Pete.

The film gained popularity as a midnight movie and soon had a great cult following. In 1986 he released the neo-noir film Blue Velvet with Isabella Rossellini, Dennis Hopper and Kyle MacLachlan.

The film gained popularity as a midnight movie

In Blue Velvet, Jeffrey (MacLachlan) gets sucked up into the life of nightclub singer Dorothy (Rossellini). When she finds him hiding in her closet, she is turned on by his voyeurism but they are interrupted by Frank Booth (Hopper).

Climaxing in a fit of rage and hilarity

Jeffrey finds himself back in the closet watching as Frank humps Dorothy, like a dog in heat, repeatedly inhaling some type of gas and climaxing in a fit of rage and hilarity.

The Black Dog Runs at Night

Twin Peaks undoubtedly has some of the best David Lynch moments; the characters are weird, goofy and in some cases, like Lynch, completely coffee obsessed.

With Twin Peaks, Lynch managed to present his dark, mysterious visions in a way the mainstream audience could appreciate as well. While most of his work is rather challenging on an emotional and visual level, Twin Peaks offers the perfect balance.

His work is rather challenging on an emotional and visual level

If you’re at all familiar with David Lynch’s work, you’ll know he has a strong eye for detail which is probably the reason he chose composer Angelo Badalamenti to write the score for Twin Peaks and the prequel film Twin Peaks: Fire Walk with Me.

He has a strong eye for detail

The closing scene for Blue Velvet is backed by the song Mysteries of Love, written by Lynch and performed by Julee.

Some of the best songs from David Lynch movies include In Dreams, which is originally by Roy Orbison. However, after hearing the Spanish version by Rebekah del Rio Lynch flew to Nashville to see her and recorded it right there and then.

Another great song sprung from the film Lost Highway, namely Trent Reznor’s The Perfect Drugs and Driver Down.

David Lynch is full of passion for his projects and really throws himself into his work, whether it’s painting, music or writing. But when it comes to films he is most definitely The Man.

Since Inland Empire and its crazy bunnies we have been desperately waiting for a new Lynch piece to blow us away.

But for now we can all make do by reminiscing; what was your favourite movie by David Lynch?