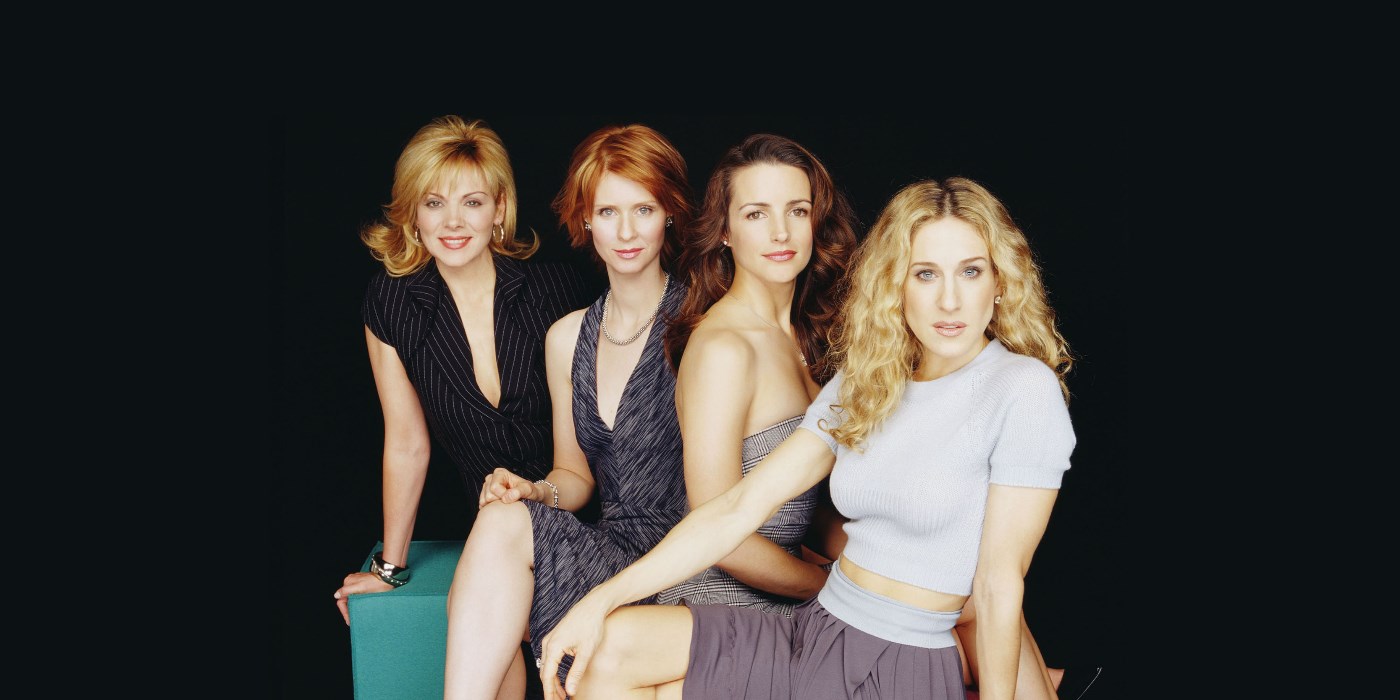 6 Shows like Sex and the City: Original, Ironic & Sexual 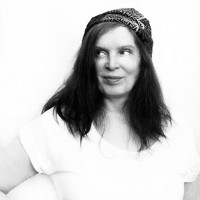 So what are we going to do? Sit around bars, sipping Cosmos, and sleeping with strangers when we’re eighty?

Let’s face it: when they made ‘Sex and the City’, everyone hit it big (though Mr Big was big from the beginning). The frocks (and the clothes budget) got bigger, the sentiment got sicklier and the sex, well the sex was always pretty full on.

‘Sex and the City’ really left its mark on us; people still talk about ‘Carrie’ (Sarah Jessica Parker) and co’s fashion choices and refer to many hilarious quotes heard on the show. What really made it so special, though? I guess the reason why ‘SATC’ became so popular is because it was the first show that really gave women a voice in terms of their sexuality, relationships and statuses. It intimidated men, and even motivated women to have weekly meetings to discuss their sexual agendas.

On top of that, of course, these women were true New Yorkers:  they’d rather starve for two weeks so they can buy the latest Jimmy Choo designs or a copy of Vogue.

I know a lot of you really miss your weekly SATC fixes, but not to worry, our following recommendations are two great substitute shows to watch if you like ‘Sex and the City’!

Shows Similar to ‘Sex and the City’…

This is a show that’s fitting for all aspiring writers, rock-stars, fashionistas and generally fun-loving people.

Starring the lovely ‘David Duchovny’ as the self-destructive ‘Hank Moody’, this show takes you on a wild bender of sex, drugs, and rock’n’roll.

‘Hanky Moody’ moves from New York to LA to be close to his baby-mama, ‘Karen’ (Natascha McElhone), and his daughter, ‘Becca’ (Madeleine Martin), in an attempt to patch things up and get out of his writing rut.

His best friend and agent ‘Charlie Runkle’ (Evan Handler) and his wife –my hero – ‘Marcy’ (Pamela Adlon), are supportive of ‘Hank’, but also know how to make life interesting with their hilarious quarrels and sexperiments.

As much as ‘Hank’ loves ‘Karen’ and wants to establish a “normal” family dynamic with his daughter, he is incapable of saying “no” to pretty girls. He gets himself into the craziest situations which are usually fuelled by alcohol and cocaine, and hates himself for it afterwards.

An awesome soundtrack, crazy characters, and surprising guest stars pretty much sum up what Californication is all about!

Now get watching, mothaf*ckas! (You’ll get this reference soon enough!)

Check out this article for more shows like ‘Californication’.

SIMILARITY MATCH: 85%
‘Californication’ could easily turn into your new addiction. The outfits may not be quite as extravagant as those worn on SATC, but the storyline is as sexy as it gets!
***
‘Girls’ (HBO, 2012– )

I’m an individual, and I feel how I feel when I feel it.

Have you ever wondered what ‘Carrie’, ‘Miranda’ (Cynthia Mixon), Charlotte (Kristin Davis) and ‘Samantha’ (Kim Cattrall) were like in their twenties? I imagine the HBO series ‘Girls’ comes pretty close.

‘Hannah Horvath’ (Lena Dunham) is in her early twenties when she leaves Michigan for New York to pursue a career as a writer. The pilot episode actually makes it clear that the characters of ‘Girls’ were all inspired to move to NY thanks to ‘Sex and the City’.

‘Hannah’ is working an unpaid internship and quits when she requests a salary and is turned down. Unfortunately, her parents have come to New York that same day to inform her that they will no longer be supporting her financially. She is also engaged in a very strange relationship with ‘Adam’ (Adam Driver). They never go out together and only ever see each other upon his request. He has some kinky ideas of sex which often leave ‘Hannah’ feeling used and unloved.

If you like ‘Sex and the City’, you will like Hannah (the clumsy version of Carrie Bradshaw), her quirky friends and their search for love/sex/careers. It’s funny, it’s full-on (20-something sex aplenty), and it’s gripping.

SIMILARITY MATCH: 85%
Once again, it’s about four firm friends and their sex/work lives, it focuses on the main lead who’s a writer and it’s set in New York – so check, check, check! It’s about younger women, however (hence the name), and much less about money and body image.
***
‘Desperate Housewives’ (Cherry Alley Productions, 2004-2012)

If you think I’m gonna discuss the dissolution of my marriage in a place where the restrooms are labeled Chicks and Dudes, you are out of your mind.

The title may make you think of frigid women dressed in aprons baking cookies and cooking casseroles for their husbands and neighbours, but it’s quite the opposite.

These fourty-something women dress like they’re twenty and seem to have a youthful libido, too.

Starring Felicity Huffman, Eva Longoria, Teri Hatcher and Marcia Cross, this show is about love, friendship and families, and the everyday realities they face.

SIMILARITY MATCH: 80%
Our desperate housewives all search for love and have sex a lot, but unlike ‘Sex and the City’, this show is darker, funnier and set in the suburbs, so the women are (supposedly) more settled into family life.
***
‘Tell Me You Love Me’ (HBO, 2007)

Running for two seasons, this TV show was all about the sex (but not so much ‘in the city’).

It deals with the (sex) lives of three couples as told to their sex therapist. One (engaged) couple is young and they’re at it like rabbits – until he admits he has issues with monogamy. One couple has problems with conceiving children, hence, it becomes a problem having sex. One (happily married with kids) couple doesn’t have sex at all and she’s not happy about it.

The elderly yet still glamorous sex therapist has sex, too! It’s a bit of a (graphic) sex fest all round.

SIMILARITY MATCH: 75%
‘Tell Me You Love Me’ deals with glamorous couples and how they deal with sex and relationship issues. There’s a lot of sex and it’s not too shy to show it. The biggest difference is that the couples here are all teamed up from the start.
***

Even though they may not seem exactly like SATC at a first glance, these shows will surely give you a similar feeling when watching them – friends, sex and talks about sex en masse!

We are gonna get drunk with Russell Crowe and we’re gonna head-butt some goddamn kangaroos.

The HBO show Entourage has often been dubbed “Sex and the City for Men” and I can totally see why.

When they’re not discussing Vince’s next move as an actor, they have only one thing on their mind: girls!

Sound good? Make sure to also check out these other shows like ‘Entourage’.

When the guys are not discussing Vince’s next move as an actor, they have only one thing on their mind: girls and sex! It’s basically ‘Sex and the City’ – just from a male perspective.
***
‘The Real Housewives of New York City’ (Bravo, 2008)

AKA RHONY, and AKA the Real Housewives of Wherever – Beverley Hills, New Jersey, Miami – this TV franchise has even come to WAG county – Cheshire, UK.

So, first off, you need to know there’s not a whole lot ‘real’ about this show, unless your reality is rolling in money and bitching about your friends and lovers, with a TV camera recording the whole thing. ‘A select group of women living in Manhattan’, as they’re billed on the show, reveal all.

This TV series like ‘Sex and the City’ is based on designer-led women with designer lives living in New York. However, unlike SATC, it’s true! There are six friends this time, and there are no plots, just real life. Or so they say…
***

Are You Currently Watching Anything Sexy?

‘Sex and the City’ – it’s the original, but is it the best? Well, it depends on whether you want your ‘real life’ female-based TV dramas funny, gritty, bitchy or just sexually quite graphic.

So, are you inspired to share your suggestions for shows similar to ‘Sex and the City’? Please feel free – we’d love to hear them!