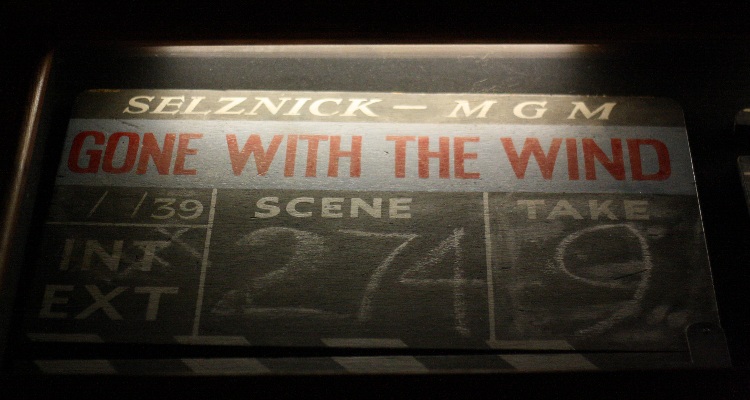 10 Romance Novels That Are Movies’ Gold: Gone with the Wind and More

Romance isn’t dead: it’s alive and kicking on the big screen and on your portable device. Romance novels that are movies legends have the right formula to fascinate millions of readers and viewers worldwide.
~ Paola Bassanese

What is their secret?Do you prefer your romantic stories to be steeped in history or to take place in a more contemporary setting?

This is a selection of 10 romance novels that are made into movies.

It’s more of a “pick’n’mix” selection, to keep within the cinema theme, and a “starter for ten” to wet your appetite for more.

A “pick’n’mix” Selection of Romance Novels Turned Into Movies

This is such a classic that no romantic movie can achieve the same iconic status.

A historic drama taking place during the American Civil War, Gone with the Wind is based on the novel by Margaret Mitchell and won 10 Oscars.

By Helen Fielding is a humorous take on love and romance.

Both the movies and the books became cult objects, completely changed Renee Zellweger‘s career and often referred to in popular culture.

By Cecelia Ahern is the tragic story of loss, of memories and past happiness.

A well-constructed tear-jerker and a good excuse to watch Gerard Butler.

There have been many adaptations of Charlotte Bronte‘s romantic novel, narrating the story of Jane, a governess for a wealthy but dangerous man.

One of the best adaptation is Cary Fukunaga‘s featuring Mia Wasikowska (Alice in Wonderland) and Michael Fassbender (12 Years a Slave).

With so many TV and movie adaptations, Wuthering Heights is the gold standard for romance novels made even greater on the silver screen; the most memorable cinema version is the 1939 film with Merle Oberon and Laurence Olivier.

Also worth mentioning the 1992 film by Peter Kosminsky with Juliette Binoche and Ralph Fiennes.

Some critics argued that film adaptations have been better than the original novel; regardless on any shortcomings, Jane Austin’s novel on love and marriage depicted her contemporary society and the importance of wealth and marriage as the only escape for women from an uncertain future.

OK, let’s face it: if you don’t fancy reading almost 1,000 pages of prose, the film adaptation will do.

With all due respect to Leo Tolstoy, you could for example watch the opulent 2012 film adaptation with Keira Knightley, Jude Law and Aaron Taylor-Johnson.

Handkerchief at the ready: not a dry eye in the room with A Walk to Remember by Nicholas Sparks, the 1999 novel turned into a movie in 2002  starring Shane West and Mandy Moore.

Food, love, romance and magic: what’s not to like?

Like Water for Chocolate (1989) by Laura Esquivel is delicious and intriguing, and so is the 1992 movie adaptation.

A taste of Mexico for your tastebuds and viewing pleasure.

Want more movies like ‘The Notebook’? They may not feature Ryan Gosling, but they’re pretty great, see for yourself!

What are your all-time romance novels that have been turned into movies?
Tell us in the comments.