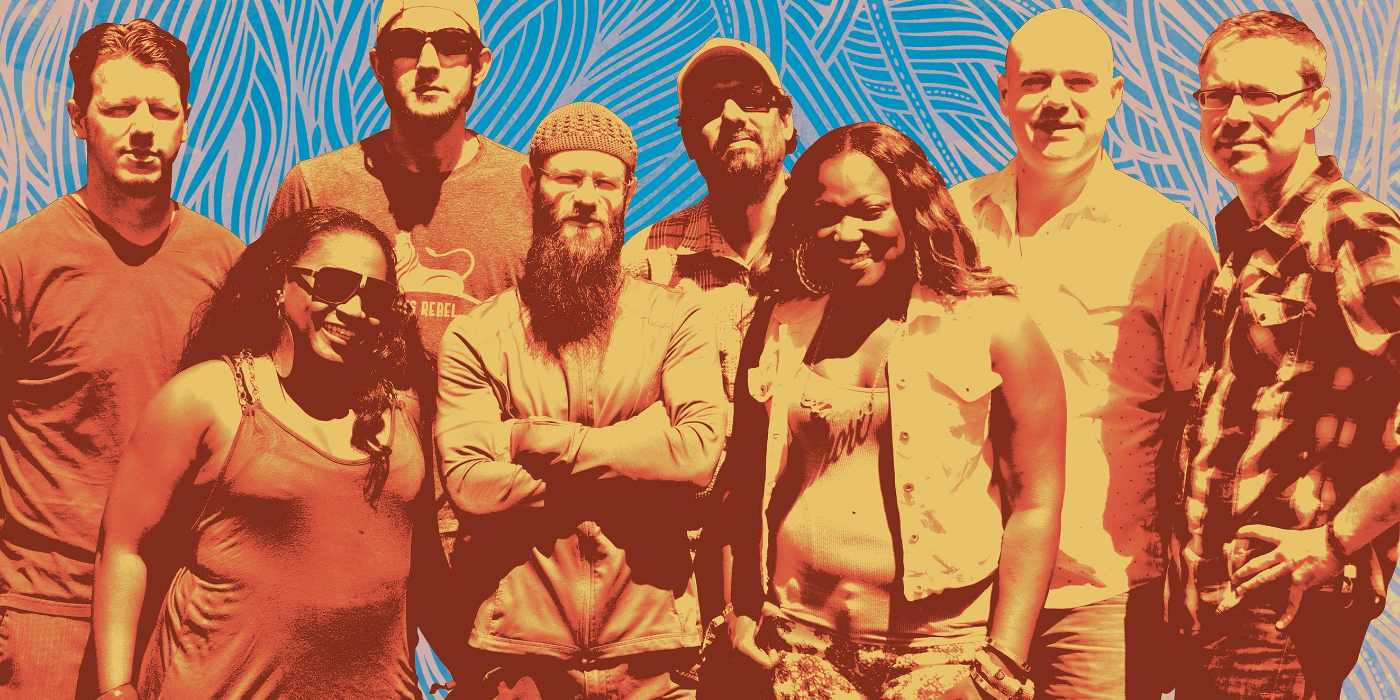 Looking for Reggae Bands Like Groundation? Check out These Ones!

For me, Groundation represents today’s best in Reggae music. I think this is due to the awesome musical skills they have, their understanding of how Reggae can be mixed with other music styles (jazz, funk) and the inimitable voice, energy and charisma of Harrison Stafford (lead singer)!Fortunately for all of us, they are not the only ones that rock!
***

Which Reggae Bands Could be Associated to Groundation?

It’s quite hard to find reggae bands like Groundation! As I said, they have a few characteristics that you couldn’t find anywhere else. I mean, it’s not because they are white dudes playing reggae that they can be compared to UB40, or because they come from California that they do the same thing as Mystafaya …

But if we give it a try, we can find some similar sounds that you’ll love as well!

For instance, have you ever heard of 10 Ft. Ganja Plant? It’s maybe a bit more dub than Groundation, but really decent reggae. It’s a spinoff collective from group JBB (John Brown’s Body) from New York!

We can also mention Don Carlos from Black Uhuru here! He’s done a few appearances in Groundation album “Hebron Gate” (their best one) but he obviously has a solo career and his music, even though more roots than them, is very similar!

Bambù Station from the Virgin Islands offers a unique style, both natural and mystic! A mixture of musical skills and poetry that reminds us of Groundation!

Midnite, also from the Virgin Islands, was created by two brothers in the late 80’s. With over 50 albums issued since then, it’s definitely a reference on today’s Reggae scene. Their numerous collaborations go beyond the scope of Reggae, but keeping the basics of it, that’s what makes them similar to Groundation …

As a French guy, I want to mention a young band from my home country, Danakil! They are growing quite fast down there and wish them all the best for their international career, as they are really really good and promising. Their style is very close to Groundation, except for one particular point, the lyrics are in French … Let me know what you think!

I guess we could also state Tiken Jah Fakoly, Soldiers of Jah Army, Skara Mucci (check out “My Sound”, really good!), or even Sinead O’Connor’s album “Throw down your arms” …

But of course, who really does music similar to Groundation? Well, it’s Groundation! Or at least some of their members in other side projects.

All the members of this band have great musical skills and talent! They studied Jazz music and applied to concepts and touch, to Reggae. Some of them also wanted to push things forward and that’s how the project Rockamovya was born in 2008, when Groundation’s lead vocalist Harrison Stafford, pianist Marcus Urani and bassist Ryan Newman, gathered with the Jamaican drummer Leroy Horsemouth Wallace!

It’s really close to Groundation, as the voice and influences are the same, but I guess it’s more “Rock” … Well, let me know what you think!

Another important project from Harrison Stafford is called Professor, once again teamed with Leroy Horsemouth Wallace, among others. This one I would qualify of more roots but the influences are again noticeable and we love it ;)

And just for pleasure, here’s an acoustic version of “Picture on the Wall” performed only by Marcus Urani and Harrison Stafford, on the beach during the Nice Jazz Festival! A true hidden gem, you’ll thank me later …