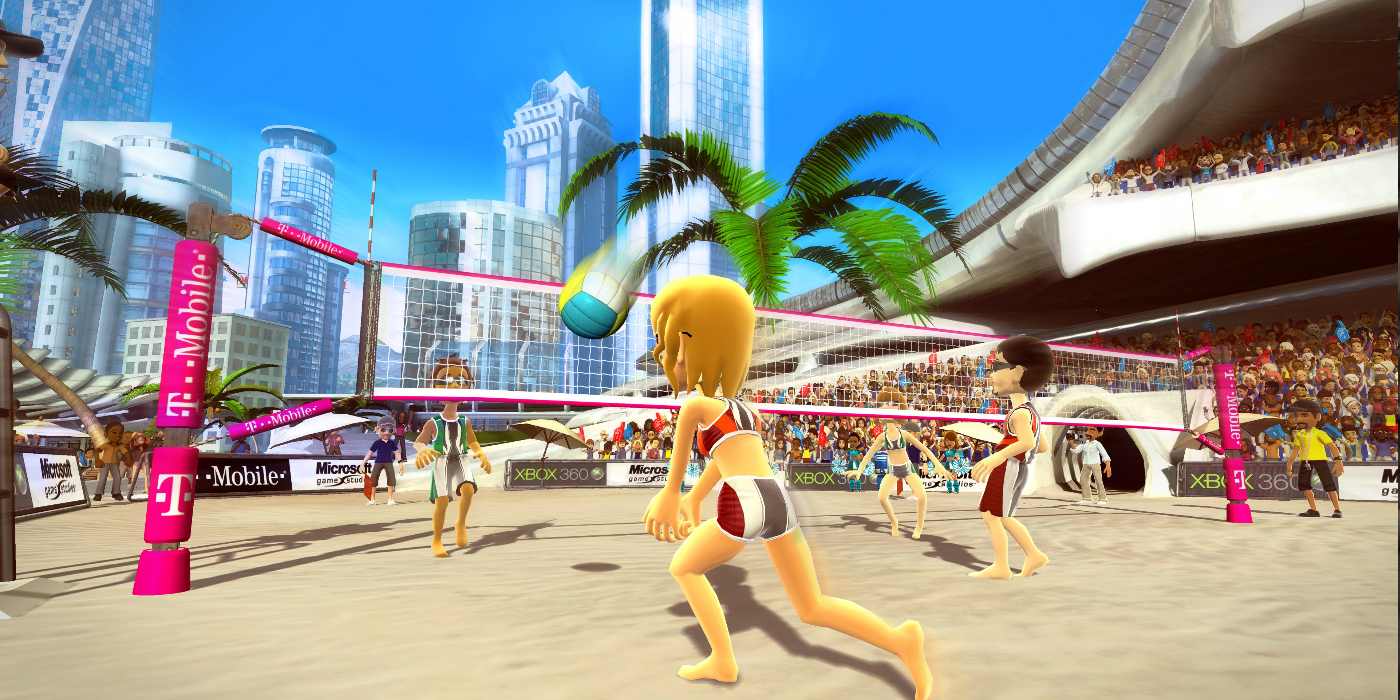 Non Violent Kinect Games – Get Some Exercise Without Hurting a Fly

If you’re after non-violent but active fun you’ve got to try Kinect Sports, Kinectimals, Kinect Disneyland Adventures and Yoostar 2. ~ Zoey Hughes
Whether you’re trying to lose a few pounds or trying to burn off some of your child’s boundless energy these non violent Kinect games will definitely fit the bill.You’ll be enjoying yourself and burning calories in no time, without the need for blood, gore or a fist fight.

I was a little sceptical about how well Kinect would track these, and I wasn’t even convinced that they would successfully be fun. After all, how can you realistically play American Football in a tiny square of living room space?

But after receiving a review copy of Kinect Sports Season 2 and having to play it I have to say it provided me and my family with many hours of good clean fun.

Akin to the hugely successful Wii Sports these titles provide you with a selection of sports and offer you options of an actual game or a selection of mini-games based on the sport you’ve picked.

Season 2 definitely features better tracking than the original but both provide a lot of non-violent fun whether you’re playing alone or in multiplayer.

…you can swim through the seas as Nemo, you can help Buzz Lightyear save the day, and if you love collectibles this game is teeming with them.

I know I’ve rabbited on about Kinect Disneyland Adventures many times but I really do love it.

For me it’s one of the top titles available on the original Kinect and if you’re shopping for a kid or a big kid at heart then this is perfect.

The game takes place in a digital version of the Disneyland park. There are other guests wandering around, characters for you to get autographs off of and many rides for you to try.

The rides are often more than they seem and will take you off into a mini-game, sometimes fairly in depth, so you can fully embrace the concept behind the ride in question.

This game really captures that Disney magic, and whilst it’s not as good as an all-expenses paid trip to the real thing it’s a damn sight cheaper whilst still producing mile-wide smiles.

The “pets” in question are certainly exotic…

Another title I just couldn’t get enough of was Kinect launch-day title Kinectimals. Designed by the same people as Disneyland Adventures these guys nailed what anyone with a soft spot for animals would love.

Sure it’s another carnation of the digital pet (what did you start Tamagotchi?) but this is a digital pet as you’ve never seen it before – so fluffy you want to die, utterly adorable and actually capable of playing catch with you.

Big cats may grow ginormous but their cubs? Well you need them in your life. I went for a blue tiger cub (preorder bonus) whilst my husband went for a striking black jaguar, both of which were to die for.

Whether you’re completing mini-games to progress the story (a simple tale of exploration on your cub’s home island) or just messing about with various toys in the sunshine you can’t help but feel more connected to your Kinectimal than you ever have to a digital pet.

A must have for animal lovers and children this is all the aww moments of a pet with none of the real world mess.

…if you think you belong on the red carpet then this can be hilarious and entertaining for all involved, and even those simply spectating…

Now this is definitely not one for shrinking violets, but if you’ve got more confidence than you know what to do with then listen up. Yoostar 2 is an ingenious idea that lets you act your little socks off in the company of acting greats and watch back the cringe-worthy results.

Basically Yoostar 2 removes a key actor from a well-known scene and allows you to fill in in their place. Scenes vary across the genres but even I recognised many of the films so there actually is something for everyone.

Whilst the complete list of clips is far too long to list here (see here if you do want it) fan favourites include 300, Apollo 13, Kindergarten Cop, Frankenstein and The Matrix. There’s also a lot of DLC available if there’s something in particular that you’re pining for.

It’s not going to be for everyone but if you think you belong on the red carpet then this can be hilarious and entertaining for all involved, and even those simply spectating.

There is an obscene amount of non-violent Kinect titles out there but once you’ve removed the dance titles and the workout titles the list suddenly shrinks dramatically.Thankfully titles such as Kinect Disneyland Adventures and Kinect Sports will always have so covered whilst keeping the fun levels high.
Non-violent Xbox 360 video games series: