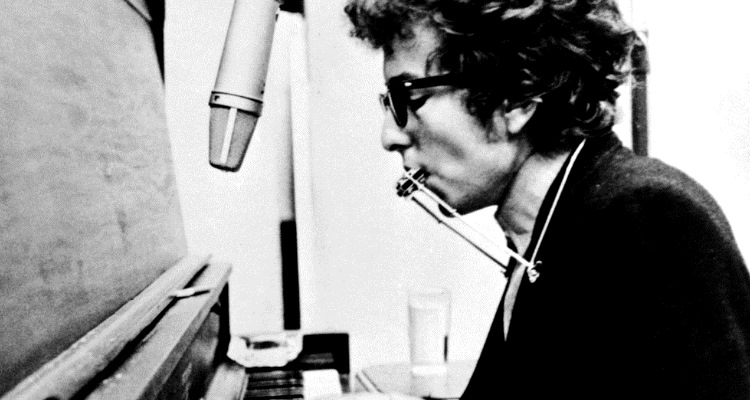 If you’re looking for musicians that sound like Bob Dylan, look no further than The Tallest Man on Earth, Johnny Flynn or Joanna Newsom.
~ Jonny Sweet
There are no shortage of singers similar to Bob Dylan out there, so if you’re a fan of the great man and would like to hear some music which takes its inspiration and its style from him, this article might give you some ideas.
***

What Artists have been Influenced by Bob Dylan?

Perhaps an easier question to answer, with a shorter list of artists, would be which artists have not been influenced by Bob Dylan!

Or indeed, which people, outside of the world of music, have not been touched by Dylan, as my colleague Roxanne Sancto points out here.

A shorter list of artists, would be which artists have not been influenced by Bob Dylan

As such an important figure in the evolution of modern music, there are countless artists who have been influenced by the man and have developed a unique style from his own.

In this article I’ll concentrate in four particular of my favourites, who not only took inspiration from the man but can be seen as natural successors to his type of music.

***
The Tallest Man on Earth

Swede Kristian Matsson, better known as The Tallest Man on Earth, also admits to being a disciple of Dylan and goes one further than Flynn, by not only using Dylan-esque catchy guitar riffs but also having a similar voice.

Admits to being a disciple of Dylan

Indeed, one not so well-versed with Dylan’s canon might be forgiven for thinking that it was in fact the man himself singing on Matsson’s The Wild Hunt or Shallow Grave.

To read more about my opinions of this excellent musician, and other great bands and artists from that part of the world, check out this piece.

A South African-born, English-raised American-folk-music-spinning actor and musician, Johnny Flynn readily acknowledges his own dependence on Dylan as an influence.

Going further than this, Flynn delved into those influences which shaped Dylan himself, thus seeping himself in the accrued knowledge of the man and his predecessors.

And such an influence can be seen in the complex acoustic guitar melodies, the poignant and sometimes political lyrics and the embracing of the folk genre in general.

As well as many great male singers similar to Bob Dylan, there are also some fantastic female musicians who could be compared to the great man.

Joanna Newsom is one such artist, whose mastery of the harp and the piano, as well as the full range of harmonics, is truly a delight to watch.

Personally I prefer her earlier albums Y and The Milk-Eyed Mender, where her sound seemed more raw, untrained and, bizarrely, a little like Lisa Simpson.

Her later album Have One on Me seems a little too polished and concentrates a little too much on showing off her excellent vocal range for me, where she seems more happy to warble notes out for the longest period of time possible than construct a compelling song.

This, however, is coming from the man who attempted to accompany her, falsetto, in a live performance of Peach, Plum, Pear in a crowd of disapproving fans.

Thankfully, my awful attempt lasted a mere two lines before the angry stares of those around me and my own sense of idiotic shame got the better of me.

On second thoughts, warble as long as you want, Joanna.

He too combines folksy ballads with more urgent, frenetic foot-tappers to create an impression that he may go on to emulate great things in the future – though he was heavily criticised from some quarters by having most of his songs written for him, something very un-Dylan-like.

However, he is still very young, and there were snatches of huge potential on his debut, such as Seen It All and Broken, and while he may not have wowed to such an extent as the others on this list, he is certainly one to watch for the future.

SIMILARITY MATCH: 65%
Jake Bugg’s voice, though reminiscent of Bob Dylan, is probably technically better than his sensei, though his music sounds more manufactured and les soulful than Dylan’s.
***

You shouldn’t Let other People get your Kicks for you

But there’s nothing wrong with taking some friendly advice.If you have any to dispense about other similar artists to Dylan, One of us Must Know (Sooner or Later), so Can You Please Crawl Out Your Window and Don’t Think Twice it’s Alright before posting below… if you don’t it might lead to a whole lot of Mixed Up Confusion and If Not for You, such nuggets of wisdom might end up Blowin’ in the Wind.I apologise profusely for the shameless song-punnery…But get in on the act yourself below.

You know you want to!