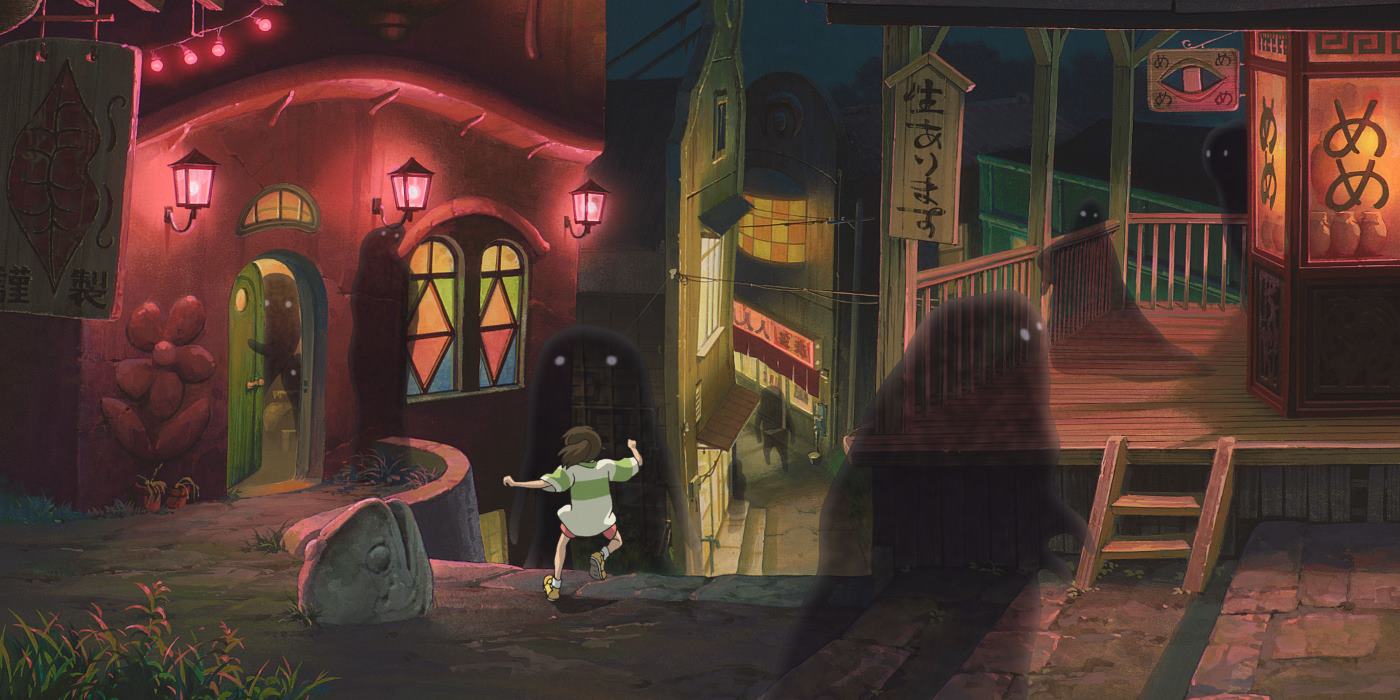 Movies like Spirited Away?  Here they are!  Ghibli classics Howl’s Moving Castle and Princess Mononoke, anime The Girl who Leapt through Time, and Disney Pixar’s Brave. ~ Jane Howarth

Aside from great animation, what makes these movies comparable?In each one, a girl finds herself in a world somewhere between reality and the otherworldly, and every one of the characters is inspiring.

So here they are – four great similar films to `Spirited Away´.

First Stop, Studio Ghibli!  Where else?

Expect transformations, spells and a dazzling cast of voice actors.

Are you all caught up on the best of Ghibli?  They made Spirited Away and another anime you’re sure to love, Howl’s Moving Castle.

Expect transformations, spells and a dazzling cast of voice actors.

One more of the movie’s close relations is Princess Mononoke.

In Shinto, the changing temperaments of nature spirits or Kami impact on human inhabitants of their territories.  I bet you’ve noticed them in Hayao Miyazaki’s films.

This movie’s ethereal beings are a little more serious, though – no stink spirits here, but that’s probably a good thing, right?

I don’t know about you, but I’m all out of soap tokens.

Anime that’s not from Ghibli?  It Exists!

As most die-hard Ghibli fans will tell you, not much matches up to their favourite studio.  But we don’t want to miss out on great movies from Japan’s other animators and directors.

A schoolgirl suddenly finds herself able to replay time to her advantage.

Mamoru Hosoda was once attached to Howl, and animated episodes of the classic magic girl series, Sailor Moon (1995-2000, Junichi Sato).

The Girl who Leapt through Time is a little bit more urban than Spirited Away, which starts off with an abandoned theme park then fades into a timeless spirit world.

This time, we get a present day high school setting.

A schoolgirl suddenly finds herself able to replay time to her advantage.  Though she mostly uses it for the better, this deal seems too good to be true.

Will her luck run out?  You’ll just have to watch and see!

It’s not Anime – But I Think you’ll Approve

It’s not anime, but this Disney Pixar movie is perfect for Spirited Away fans.  I know, I know – but give it a try.

A medieval Scottish girl, Merida, accidentally turns her mother into a bear.  That would be bad enough, but did I mention her father’s a clan chieftain who prides himself on his bear hunting skills?

Parent-to-animal transformations, woodland spirits and bad guys that aren’t all bad… could this be a perfect match

Have you Seen any of these Films Like Spirited Away?

These movies remind me of the Ghibli classic, and that’s not the only great thing about them – they’re great films all on their own.So tell me, what are your favourite films like Spirited Away?