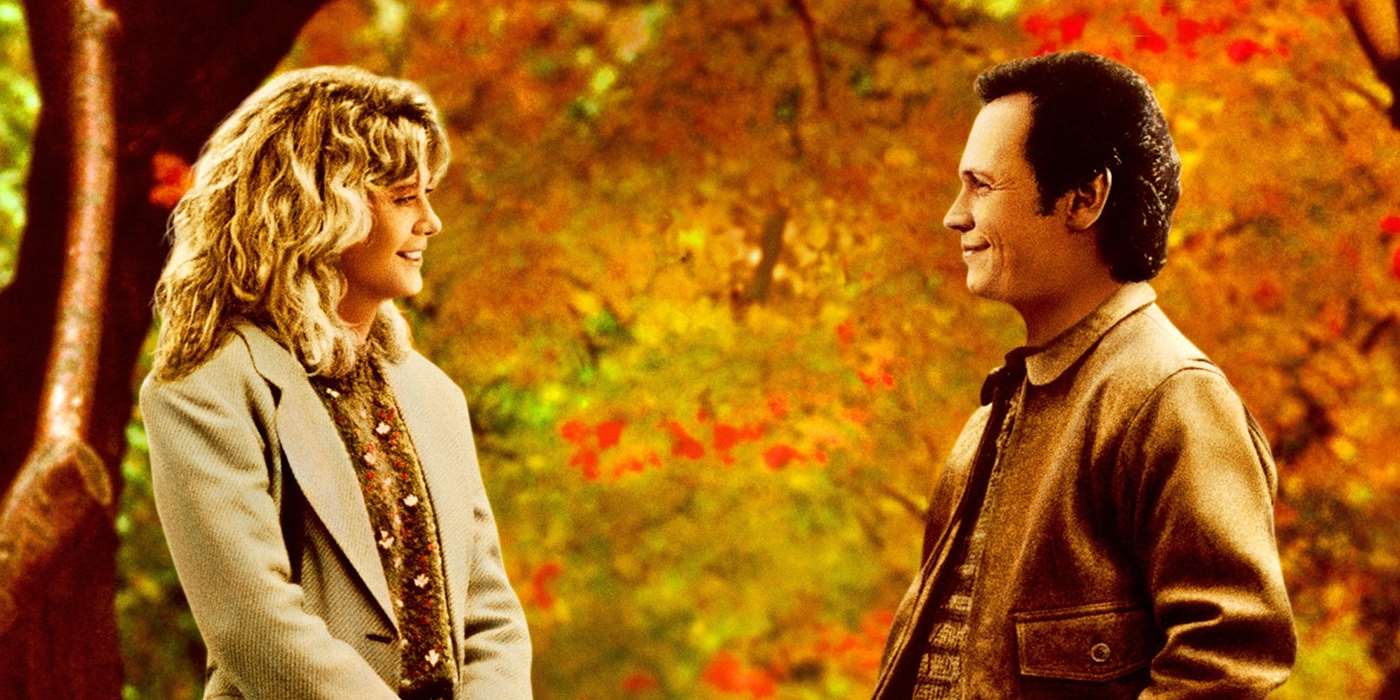 Let’s look at some movies like When Harry Met Sally because everyone loves a romantic comedy (even if they say otherwise). ~ Andy McKendry

A roadtrip throws Harry Burns (Billy Crystal) and Sally Albright (Meg Ryan) together and provides us with our introduction to our titular leads. When Harry Met Sally is a Rob Riener film from 1989 that’s sharp, funny, and performance led.Here are some other movies like When Harry Met Sally that show the romantic comedy genre can have a brain as well as a heart.

Not one of my actual recommendations, but a film I think you may like nonetheless, is ‘Friends with Benefits’. Do check it out, the theme is pretty similar: again we have two friends that don’t know if they have feelings for one another. For even more movies with a similar topic, click here. And now, let’s move on to the first recommendation…

The Sure Thing is another film from Rob Reiner about a road trip that sparks a romance. It’s a traditional genre piece and it follows the romantic comedy conventions with little imagination.
What it lacks in creativity however it makes up for with its easy going and entertaining tone.

Still, in an era dominated by John Hughes films it’s a welcome change of pace and The Sure Thing is a good film to watch when you’re in the mood for light (but mature) entertainment.

SIMILARITY MATCH: 100%
The Sure Thing is Reiner’s practice run and it really paid off – When Harry Met Sally being the result.
***
‘Annie Hall’ (Woody Allen, 1977)

A film about a comedian, written by a comedian, and starring a comedian, Annie Hall is Woody Allen’s (arguably) best film and it has his own brand of acerbic comedy all over it.

The story follows Alvy Singer (Woody Allen) as he dissects his failed relationship with Annie Hall (Dianne Keaton). Outright funny, a film that subverts its form, and one where Allen playfully talks directly to the audience, Annie Hall is the bitter to most of the sweet films in the rom com genre.

SIMILARITY MATCH: 90%
More a critique of the love story genre than a love story in itself, Annie Hall is the prologue to the clever When Harry Met Sally.
***
‘500 Days of Summer’ (Marc Webb, 2009)

Starring Joseph Gordon Levitt and Zooey Deschanel, 500 Days of Summer has a retrospective narrative that flits around providing an inaccurate account of a love affair.

It’s a charming film and one that is refreshing in its original approach to a fairly standardised genre. Levitt plays well of Deschanel and together they create a believable rapport that makes their breakup all the more heartbreaking.

SIMILARITY MATCH: 70%
A film with a unique narrative, 500 Days of Summer is worth watching for Levitt’s karaoke cover of the Pixies Here Comes Your Man alone.
***
‘Chasing Amy’ (Kevin Smith, 1997)

This is my personal favourite Kevin Smith film. It has his distinctive voice but the frat boy humour is toned down. There are less jokes and more substance in Smith’s second instalment in his Jersey Trilogy.

The narrative follows a comic book artist (Holden, played by Ben Affleck) who falls in love with a lesbian (Alyssa, played by Joey Lauren Adams). It’s a rich vein and one that Smith taps with increasing poignancy. Perhaps a surprising word to use when Smith’s catalogue of work is considered but Chasing Amy is his gentlest film and we’re left with a story that’s like Alyssa herself – sweet, bubbly, and full of stuff to say.

SIMILARITY MATCH: 60%
Chasing Amy is a niche film but its audience doesn’t have to be – it’s smart, it’s Kevin Smith but unlike any of his other films, and it’s a clever romantic comedy too.
***

When Harry Met Sally marked a rebirth of the romantic comedy genre. It showed that conversation (just like in real life) is the key to a good healthy relationship. It also greatly enhanced Crystal’s, Reiner’s, and Ryan’s reputations in the film industry.

Audience members loved the tone, the depiction of male and female differences, and the difficulties in finding and maintaining love. There are plenty of films similar to When Harry Met Sally and some that just borrow from it stylistically.

Here are a few more films to consider.

John Cusack stars in this glib account of love lost, music playlists, and record stores in the early noughties.

A sort of updated When Harry Met Sally, High Fidelity has great performances and an even better soundtrack.
***
‘Don Jon’ (Joseph Gordon Levitt, 2013)

A college graduate finds out that life isn’t quite as receptive to him as he had previously hoped it would be.

Perhaps the smartest film on this list, The Graduate is a must watch for fans of the romantic comedy genre – although the ending definitely subverts expected conventions.
***

As a genre the romantic comedy often gets overlooked or just rejected outright. Hopefully the films discussed above show that there is diversity, creativity, and originality in this genre and that there are plenty of types to pick from.I don’t really have a specific film to recommend. I love Chasing Amy, but I think that Annie Hall is funnier, then there’s The Graduate, which I think everyone should watch – the choice is yours.

And for even more films about friendship, destiny and love, check out these movies like ‘Love, Rosie’.

Let me know what you think with a comment below.