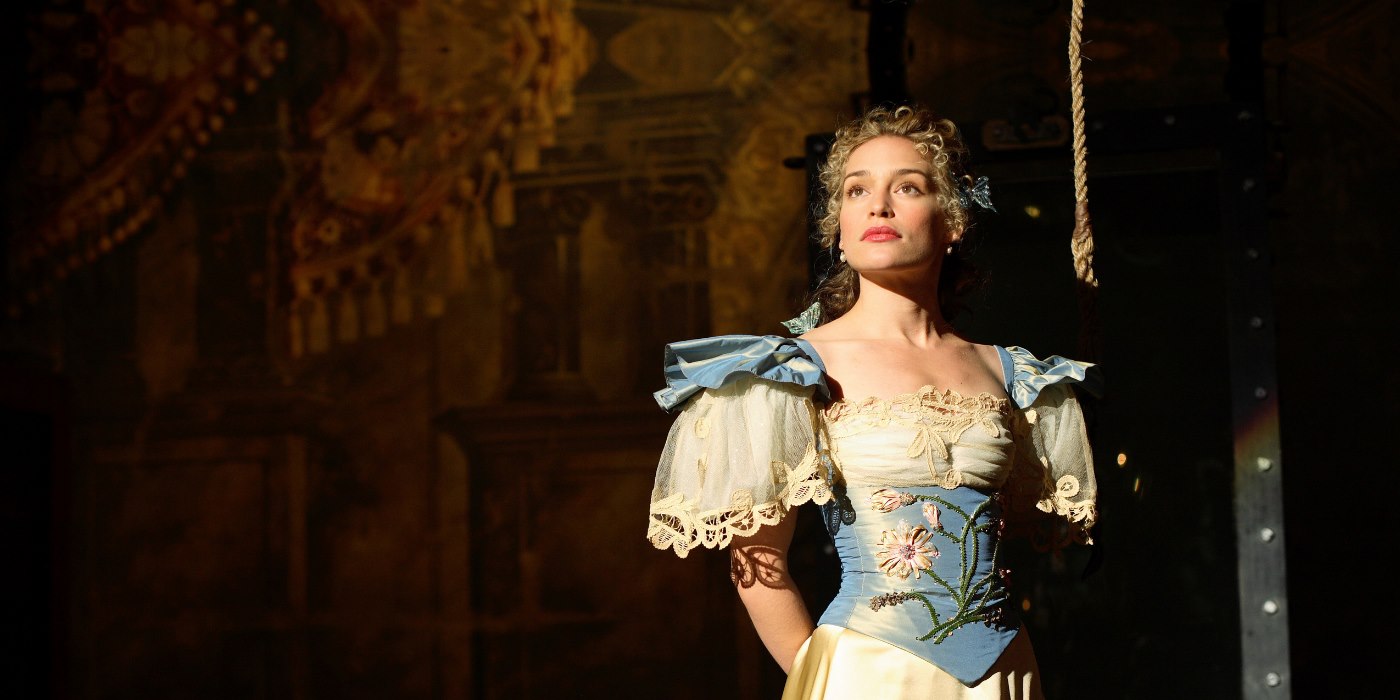 Glossy Vegas vanishing acts or shady tricks in a travelling show?  The choice is yours with these movies like The Imaginarium of Doctor Parnassus (2009), Now You See Me (2013) and Death Defying Acts (2007). ~ Jane Howarth

Jonny won’t agree with me on this one – read his takedown here – but I love magical movies like The Prestige (Christopher Nolan, 2006). It unfolds like a magic show, showing us the props, the assistants… we know where it’s heading, but not how it’ll get there.

And like any good stage show, Nolan’s film is easy on the eyes, with elegant costumes and lighting that gives it an unmistakeable quality feel.

Any Movies Similar to The Prestige ?

I think you’ll really get into smoke-and-mirrors movies like Sherlock Holmes with secret societies aplenty, but maybe what you really want is to see magicians at work?

Well, I know I do, so let’s raise that curtain…

Now You See Me is refreshing for its take on the Vegas scene and contemporary magic – the spiritual home of mega-magicians like David Copperfield.

Impossibly glossy and polished, all the action takes place in cavernous arenas and across borders, as four magicians carry out a series of increasingly bombastic tricks.

Will you judge me if I say they take on The Man?  Too late, it’s out there. But that’s pretty much the gist.

Somewhere between a magic movie and a heist flick (which is just fine with me, as you might have read right here), this movie’s less unsettling and more whodunit.

Like `The Prestige´, it pushes us to ask just who’s running the show.

No Prestige article would be complete without a mention of its primary competitor.

Released at pretty much the same time (what are the chances?), The Illusionist focuses on the desperation of a magician forbidden from falling in love.

Add a tense political situation and wispy spirit manifestations and the result is very watchable indeed.

Just re-watching the trailer makes me reach for the DVD.

Death Defying Acts misses out on the suspense of The Prestige, but with Guy Pearce playing the legendary magician, it does show off a selection of Houdini’s tricks in action, alongside a potential romance with medium, Catherine Zeta Jones.

The 1920s Edinburgh backdrop is a setting/period combination I’ve not often seen, which is refreshing, and the movie makes the most of the city’s eccentricities.

And don’t you just love a good real life story you can look up afterwards?

Well, here you go. The real Houdini dedicated himself to exposing sham psychics and mediums, so there’s a true story behind the fictional plot.

Known as Heath Ledger’s final movie and famously completed by Johnny Depp, Jude Law and Colin Farrell as his character’s form in each dreamscape.

Christopher Plummer plays Doctor Parnassus, manager of a travelling theatre troupe and gatekeeper of the mysterious, double-edged wonders of the Imaginarium.

I can’t say I didn’t find this movie a little rambling in places, but it goes without saying that it showcases some truly notable acting, and besides, the premise and creation of those strange, imaginary worlds are fascinating.

Unlike most of the others, this film presents us with the idea that spells and wizards do exist, even if we don’t believe in them in our own realm.

Expect mechanical trickery, wand-based wonders and everything in between.

With its gorgeous costume design, the elegance factor is high, so if you share my obsession for wardrobe, you’re in for a beautiful couple of hours.

Not a conjurer in so many words, but can you think of a better fit?

The Phantom is heard behind mirrors, sets up hideous tricks and stays concealed behind a network of trapdoors and tunnels all the time.

If you’re not into musicals, this might not be the one for you, but personally, I can’t get enough of the mysteries of the opera house, deadly ambition of the Phantom, and a tangled love story.

What Makes Good Movies like The Prestige so Captivating?

There’s something innately fascinating about magic – whether we want to believe it’s real or drive ourselves round the bend guessing how it’s done, it’s designed to draw us in.

So what could be more appealing than films about magicians, with all that potential for mysteries that transcend the stage?

For my next trick, I need a volunteer to answer this question: are there any magical movies that you were desperate to see on this list?