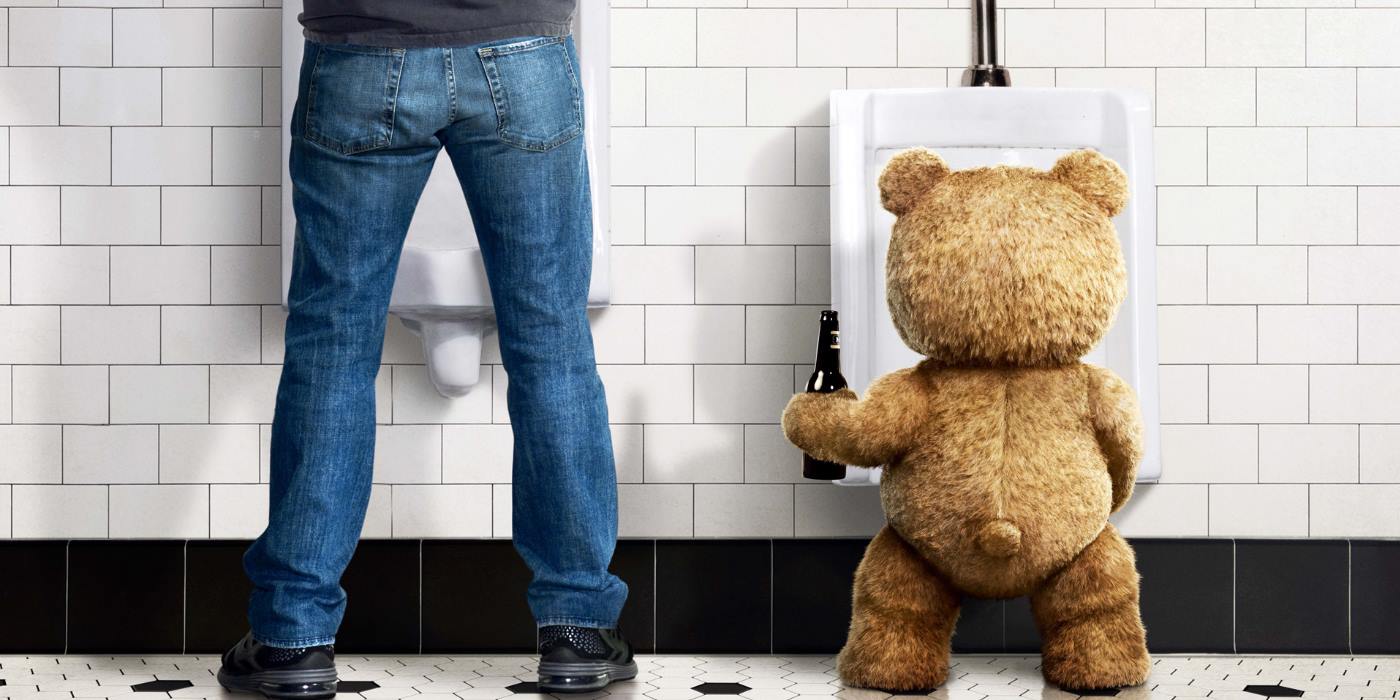 Wondering which movie to watch next? Let itcher suggest a movie tailored to your personal taste.


Family Guy is a hugely successful animated television sitcom from Seth MacFarlane. He followed up his TV career with the equally funny film, Ted. Here are some movies like Ted for you to laugh along with.

Ted (2012) is the imaginatively titled movie debut from Seth MacFarlane and it hits all of the same cues as his other work. Starring Mark Wahlberg, Ted follows the story of a man who has a foul-mouthed teddy bear that smokes, drinks, and flirts like the rest of us. For fans of irreverent entertainment, and for those who just like a good laugh, here are some movies similar to Ted.
***
`This Is the End’ (Seth Rogen, Evan Goldberg, 2013)

A glitzy foray into celebrity life in Hollywood, This Is the End (check out some great similar movies here) stars just about everyone currently working in U.S. film – and they play themselves, too.

The narrative arch follows Seth Rogen and his friend, Jay Baruchel, as they head to James Franco’s house for a party.

Things take an unusual turn, however, when the world literally starts to disintegrate and it becomes apparent that the apocalypse is happening. Sometimes satire, but usually just absurd, This Is the End further cements the working relationship between Seth Rogen and his mates.

SIMILARITY MATCH: 90%
Irreverent, blasphemous, and at times smart, This Is the End shares its humorous tone with MacFarlane’s Ted.
***
`Horrible Bosses’ (Seth Gordon, 2011)

A story of four middle aged men bored with their jobs and hating their ‘horrible’ bosses is not particularly original, but add in a murder plot and it begins to find its own premise.

It’s an uneven film replete with frat boy humour, but it’s well cast and it riffs on its central premise well. In amongst the stereotypically drawn characters and the typical Hollywood narrative, Horrible Bosses finds its own tone and somehow manages to work.

SIMILARITY MATCH: 80%
There’s a spark in Horrible Bosses – perhaps the same magic that animated Ted – which allows it to rise above its crude origins.
***
`21 Jump Street’ (Chris Miller, Phil Lord, 2012)

Jonah Hill and Channing Tatum star as undercover cops sent to infiltrate a drug ring at a local high school. It’s a film that rests on a ridiculous premise but it’s also a premise that provides ample fodder for comic writing.

In many ways 21 Jump Street is a throwback movie, a film full of nostalgic references to buddy cop movies of the eighties and nineties, but it has a distinctly contemporary sense of humour.

Now, this isn’t a good movie; it has a terrible premise and really shouldn’t work as well as it does – but it does work and it’s funny too!

Idle Hands is a teen movie from the late nineties about a weed-smoking slacker who finds out that his hand is haunted.

Never has the adage “The devil makes use of evil hands” seemed so pertinent. Unfortunately for our haunted hero, he finds that he has no control over his hand and he has to watch on as his hand kills his two best friends.

Approach this film with absolutely zero expectations and you’ll be rewarded. It’s funny, absurd, and so unbelievably stupid that you won’t be able to help but laugh along.

Seth Rogen does a convincing turn as Ronnie, a mall cop with aspirations of being a real police officer and delusions of his own place in the world.

Ronnie has mental health problems, an unreciprocated crush on a makeup counter girl, and unfortunately for everyone else, has been given a small amount of power.

For Ronnie, that power goes to his head and he becomes ever more deluded as he attempts to do his job. A streaker has been frequenting the mall and Ronnie takes it upon himself to solve the ‘case.’

SIMILARITY MATCH: 60%
Observe and Report is a darkly comic film with a surprising performance from Rogen.
***

You’ll appreciate these movies if you like Ted- not especially smart movies but ones that have a sense of humour. For fans of comedy, here are some suggestions that will fill the hole left by Ted.

In both Ted and Grandma’s Boy, the story follows folks that like to sit about, smoke weed, drink beer and watch TV – perhaps the audiences aren’t too dissimilar either.
***
`Clerks’ (Kevin Smith, 1994)

Kevin Smith’s black and white ode to slackers, Clerks is a film that stands as the best depiction of the malaise that many of us experience in early adulthood.

A film about killing time, Clerks shows that holding onto your youth can leave you stagnant – just like in Ted.
***
`Big’ (Penny Marshall, 1988)

A boy has to deal with the consequences after waking up to find that he has become a fully-grown man overnight.

Big is similar to Ted in its depiction of childhood seeping into adulthood and they share an assertion that sometimes people have to learn to act their age.
***

Personally, I love slacker movies and there are plenty of films above that you can pick from to develop your knowledge of the genre.

I’ve tried to select films that are a touch more obscure. I would suggest watching Jody Hill’s Observe and Report – it’s a great piece of stylised comedy.

Thoughts? Suggestions? Agree or disagree? Let me know with a comment below.