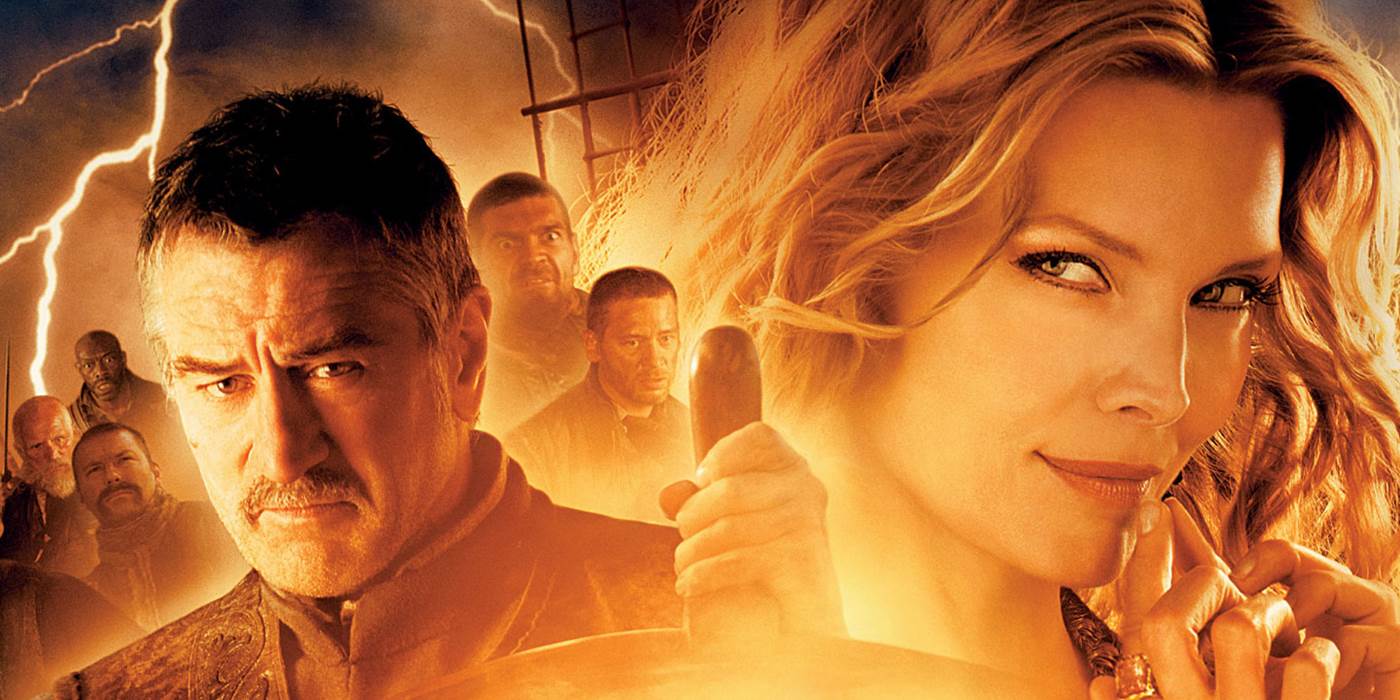 The movie might be tailored a little more to a family audience, but the original Stardust (Neil Gaiman, 1999) was devised as a ‘fairytale intended for adult readers’. I think that spirit shows through, and it sets the film apart. ~ Jane Howarth

I could suggest movies like Alice in Wonderland (Tim Burton, 2010), Snow White and the Huntsman (Rupert Sanders, 2012) and The Adventures of Ichabod and Mr Toad (Jack Kinney et al., 1949).

But you can read all about those strange and wonderful films here.

The internet’s already got some views on good movies like Stardust, but I found that some movies recurred every time, making the lists too similar. And the other lists were too broad.

Like a DVD-watching Goldilocks, I was looking for a list that’s just right… so I put together my own, complete with a few essentials and a couple that are a little different.

In a vaguely medieval kingdom, an unlikely princess is caught between a slightly (all right, very) bizarre arranged marriage and her long lost true love.

Rob Reiner’s adaptation of the The Princess Bride (William Goldman, 1973), with a script written by the author, is frequently cited as a fairy tale for adults and the perfect Stardust alternative. It knows the conventions and, more to the point, it knows that we know them, too.

Cary Elwes has been collecting behind the scenes stories from his co-stars and the production team which are now part of the book, As You Wish: Inconceivable Tales from the Making of The Princess Bride (Cary Elwes, 2014). If you’ve already seen the movie, it’ll give you plenty to think about.

Lyra is caught between her parents’ world-altering schemes in a parallel reality. On her quest for the side she believes in, she travels from an alternate Oxford to the Arctic circle.

It’s one of my top family films of the decade, but for older viewers, there’s plenty to think about here.

Like Stardust, it’s adapted from a much-loved fantasy novel, this time the first instalment of Philip Pullman’s book series.

Though I’m not sure how the series’ Narnia-style character changes (and a good few grim moments) would have worked for casual audiences, I think it’s a shame the movies end here.

This movie wasn’t as dark as I’d thought it would be, but it’s definitely an imaginative fairy tale.

Visually, it compares quite closely in places, and with all those enchanted woodlands, magical creatures, and family rivalries, it’s worth seeing.

And don’t forget to also have a look at these other films like ‘Maleficent’.

SIMILARITY MATCH: 40%
Though it’s definitely Disney, I think Stardust fans will enjoy the change of perspective.
***

Sticking close to their (actually pretty dark) source material, the next two are a little weirder.

This horror fantasy didn’t quite live up to my expectations, but it’s an interesting watch all the same. Just as Neil Gaiman returned to the Grimm fairy tales, this Snow White film goes back to the story’s darker beginnings.

Personally, I could use a little less of the horror stuff, but as the fairy tale’s early draft didn’t hold back, the gore is actually justified.

SIMILARITY MATCH: 40%
A return to fairy tale beginnings with a slightly vicious side.
***
`Beauty and the Beast´ (Jean Cocteau, 1946)

Closely following the 18th Century Beauty and the Beast (Jeanne-Marie Leprince de Beaumont, 1757), Jean Cocteau’s film bestows a decadent touch on the classic story. It seems like every surface is either sumptuous or glittering.

The writer/director found a role for Jean Marais, his sometime muse and lover, as the Beast, while the other cast members can be found dotted throughout French cinema history. Most notably, Michel Auclair’s career would launch with this film.

SIMILARITY MATCH: 40%
There are some similarities in the atmosphere, but Neil Gaiman’s stamp of approval settles it.
***

I Don’t Know About You, But…

I think fairy tales are suitable for anyone, of any age – and that goes for the fluffiest of animations and the strangest tales for adults. Whether they’re adaptations of classic stories or new fairy tales, films similar to Stardust are something special.

Is that everything? Not at all!

Pop down to the comments section and share your recommendations.