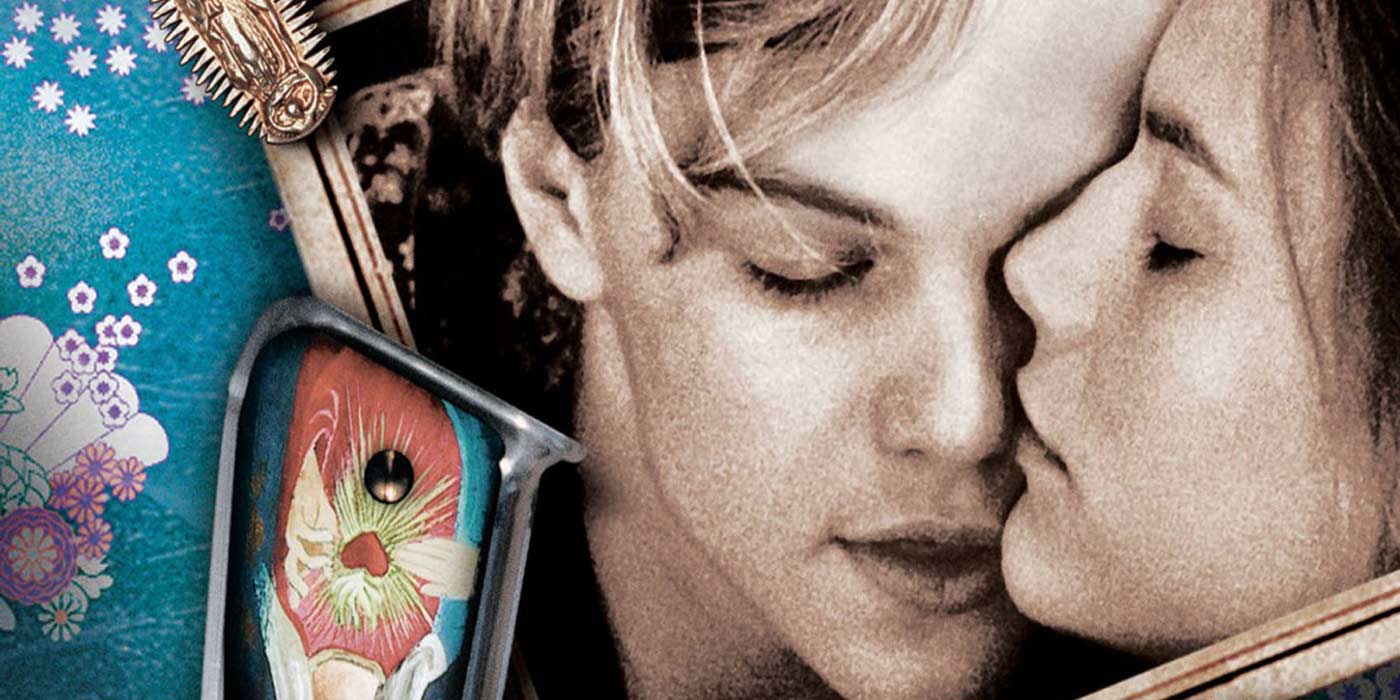 Baz Luhrmann’s Romeo and Juliet (1996) is a stylised take on Shakespeare’s classic tale of love lost. It’s a film that subverts the well-known story’s form and it works so well thanks to its strong central performances. For fans of the love story genre, here are some movies like ‘Romeo and Juliet’. ~ Andy McKendry

Shakespeare’s writing is updated and placed in a much more modern setting, thanks to Luhrmann’s unusual interpretation of ‘Romeo and Juliet’. It’s full of startling imagery, unusual twists on a familiar tale, and it shows that the love story format can always be interpreted into something new and original.

Here are some films similar to Romeo and Juliet that speak of love and the search for a meaningful human connection.

This film is a classic within the medium itself and well-loved for its romantic story set in the Moroccan city. Fans of film should certainly watch this narrative about love in an impossible time.

The threat of war, loss, and the impending arrival of German troops provide a tense ticking clock narrative and as time runs out, the love affair at the centre of this epic comes ever closer to a finale.

SIMILARITY MATCH: 100%
A love story that set the bar high for every film that followed in its footsteps, ‘Casablanca’ is recommended viewing for fans of the romantic genre – epic, breath-taking, and poignant, it’s a film that really shouldn’t be missed.
***
‘The Dreamers’ (Bernardo Bertolucci, 2003)

‘The Dreamers’ is an artistic film that shares its love of cinema with its characters. There are several notable allusions to French New Wave cinema but Pitt’s performance really grounds this film in reality.

SIMILARITY MATCH: 100%
Another love story that battles socio-political constraints, ‘The Dreamers’ is a masterful articulation of forbidden love.
***
‘Bonnie and Clyde’ (Arthur Penn, 1967)

This is a well-respected film about two accomplices in crime and partners in love. ‘Bonnie and Clyde’ depicts a dysfunctional love story set within the heady world of armed robbery, easy money, and the open road.

It’s an exciting and riveting movie and one that will keep you on the edge of your seat, but there is a sadness inherent in this piece, too. Our heroes are unlikely to ever find peace or enjoy true freedom and their love is one hounded by the inexorable hand of the law.

SIMILARITY MATCH: 100%
Once more, a story that’s very similar to ‘Romeo and Juliet’, ‘Bonnie and Clyde’ pits a couple in love against the rules of society.
***
‘Out of Sight’ (Steven Soderbergh, 1998)

This is a glitzy, fast paced, and hugely enjoyable romp starring Jennifer Lopez and George Clooney. A sexy tale of cops and robbers, ‘Out of Sight’ is a thrilling narrative with quirky, fast-paced, and clever dialogue.

It makes this list partially because it’s a film that I personally enjoy but also because it’s a love story set in a comic crime caper. Soderbergh (ever the skilful director) helms this slick, confident genre piece and delivers something special.

SIMILARITY MATCH: 70%
A lower comparison rating than the films mentioned above but no less of a love story, ‘Out of Sight’ mixes action and comedy to create a fun and enjoyable movie but it isn’t quite as fixated on romance as ‘Romeo and Juliet’.
***

This is a slight indie flick with a great soundtrack that launched the career of star (and musician), Glen Hansard. A tale of love, romance, and songwriting, Once is notable because its leads became lovers in real life too.

‘Once’ is a sweet little film with a big heart and its musical narrative will stick with you long after the credits roll.
***
‘Natural Born Killers’ (Oliver Stone, 1994)

The story of ‘Mickey’ and ‘Mallory’, ‘Natural Born Killers’ is a violent movie about the power of love in even the most trying of circumstances. Stylish, brutal, and insane, this Tarantino penned movie explores the relationship between two volatile lovers that go on a crime-soaked, drug-fuelled murderous rampage.

A frighteningly didactic lesson, ‘Natural Born Killers’ shows that people will go to crazy lengths for the one that they love.
***
‘True Romance’ (Tony Scott, 1993)

A love story between a criminal and a prostitute, ‘True Romance’ contains a narrative that’s pulpy, frenetic, and non traditional in its depiction of romance. Starring <strong in a career best performance and a surprising brief appearance from a bong smoking Brad Pitt, this stylish movie is a great piece of escapism.

Similar to ‘Romeo and Juliet’s stylish love story, Tony Scott directs this Bonnie and Clyde-influenced throwback with care and creates an influential cult movie in the process.
***

Our list considers love as portrayed by the movies and its fair to say that it’s not the most conventional of selections. I could have opted for more saccharine films like ‘The Notebook’ but that would negate the breadth of human expression that we like to narrow down with a singular word definition – love. It comes in all shapes and sizes and love isn’t something that is always healthy.

Many of the films above reflect just how dangerous and powerful it can be and like in ‘Romeo and Juliet’ it can change lives not just for the better. For starters I would recommend watching ‘The Dreamers’. I’m a huge fan of Michael Pitt and I think this early performance is still one of his finest.