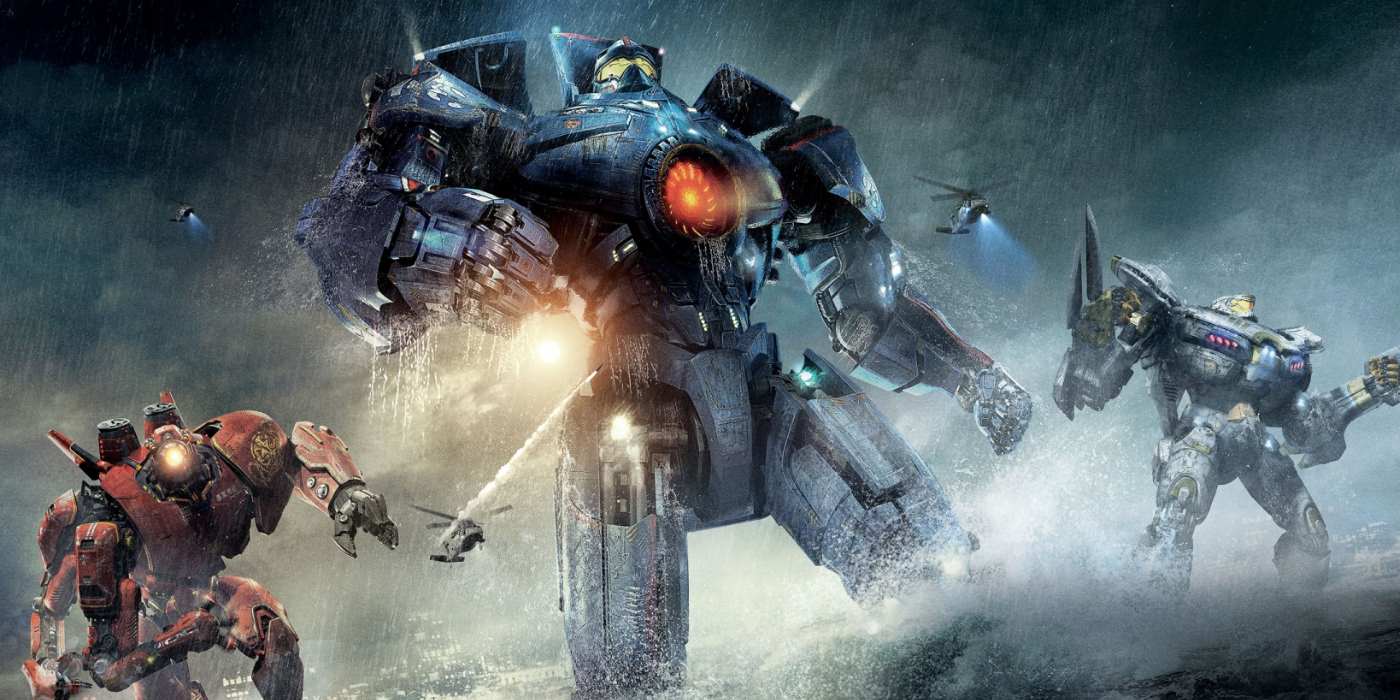 Guillermo del Toro’s blockbuster, Pacific Rim (2013), pits undersea monsters against robots. Which other mega-movies should you add to you must watch list? ~ Jane Howarth

Surely we’ve seen all possible variations of the blockbuster by now? I’m not so sure.To prove my point, I’ve put together my pick of the monsters and post-apocalyptic futures, some which challenge conventions and some which face them head-on.

First, the essentials. These blockbusters really get on with the job, delivering all the subterranean creatures and explosions you could wish for in a gigantic popcorn movie.

I can’t help but mention the latest Godzilla reboot. The terrible monster rises up in Japan, but this time there’s something else out there too…

One problem with this film? The hero’s pretty darn unlucky to find himself in exactly the wrong place, time after time. If I see him around, I’ll run in the opposite direction.

Marvel’s mega-movie couldn’t get much bigger, bringing together some of the biggest superheroes of the series – though I think Iron Man and Thor could use a little more personal space.

If you’re looking for movies that are like Pacific Rim, I’d say this is Marvel’s winner.

Though it’s a handy way of linking up a few heroes and cross-promoting them, there’s something fun about seeing these titans interact with each other.

A re-imagined origins story for Kirk, Spock and the crew, as they battle black holes and vengeance-fuelled villain Nero.

Spinning an alternate universe thread that crosses space and time, comes back to earth and then crosses them again, the Star Trek reboot is a little less apocalyptic or monster-filled than some of the movies on my list.

The second movie, Star Trek Into Darkness (J J Abrams, 2013), brings Earth closer to danger – but you’ll enjoy it so much more if you’ve followed the story so far.

My suggestion? Time for a double bill.

My next recommendations take an apocalyptic threat and turn it into a multi-dimensional story, complete with in-depth characters and sub-plots.

I think it works really well – give them a try and see if you agree.

In a post-apocalyptic near future, the world is plunged into a new ice age and the surviving populace lives aboard the constantly rolling train, Snowpiercer.

We follow an international cast of characters as divisions and hierarchies cause friction.

This South Korean production is based on a French graphic novel, Le Transperceneige (Jacques Lob, Jean-Marc Rochette, Benjamin Legrand, 1982-2000).  If you’ve missed out on the source material so far, that’s understandable – it’s only recently been translated into English.

I’ve got to say, I was a Tom Cruise sceptic, but this adaptation of All You Need is Kill (Hiroshi Sakurazaka, 2004) from director of The Bourne Identity (Doug Liman, 2002) convinced me otherwise.

Cruise plays a marketing executive recruited to the front line in a war against an alien invasion. When he dies on the job, he wakes up Groundhog Day-style at the start of training day, and round and round he goes.

It’s an invasion movie, but we see characters who are scared, trapped and determined all at once – no two-dimensional heroes here. Edge of Tomorrow assumes we know the format. I don’t want to spill too many details, but more than one scene really surprised me with a smart play on the clichés.

SIMILARITY MATCH: 60%
Edge of Tomorrow breaks the invasion movie stereotypes with its strong ties to the hero and his predicament.
***

Which Will It Be?

Sometimes you just want to watch huge scenes with some super-sized effects – there’s definitely a place for the action-packed blockbuster, and I’m definitely partial to a good super-hero movie.But I’m enjoying the drama-led sci fi that’s filtering through, blending with the mega-movie tropes. Will there be to follow? I hope so.

Still looking for something to watch? Try Jonny’s action-packed choices.

Every year, cinemas are filled with more popcorn movies than I can see. I’ve picked out the movies on my must see list, but I’d love to know which movies like Pacific Rim you’d suggest.

Add yours to the comments!