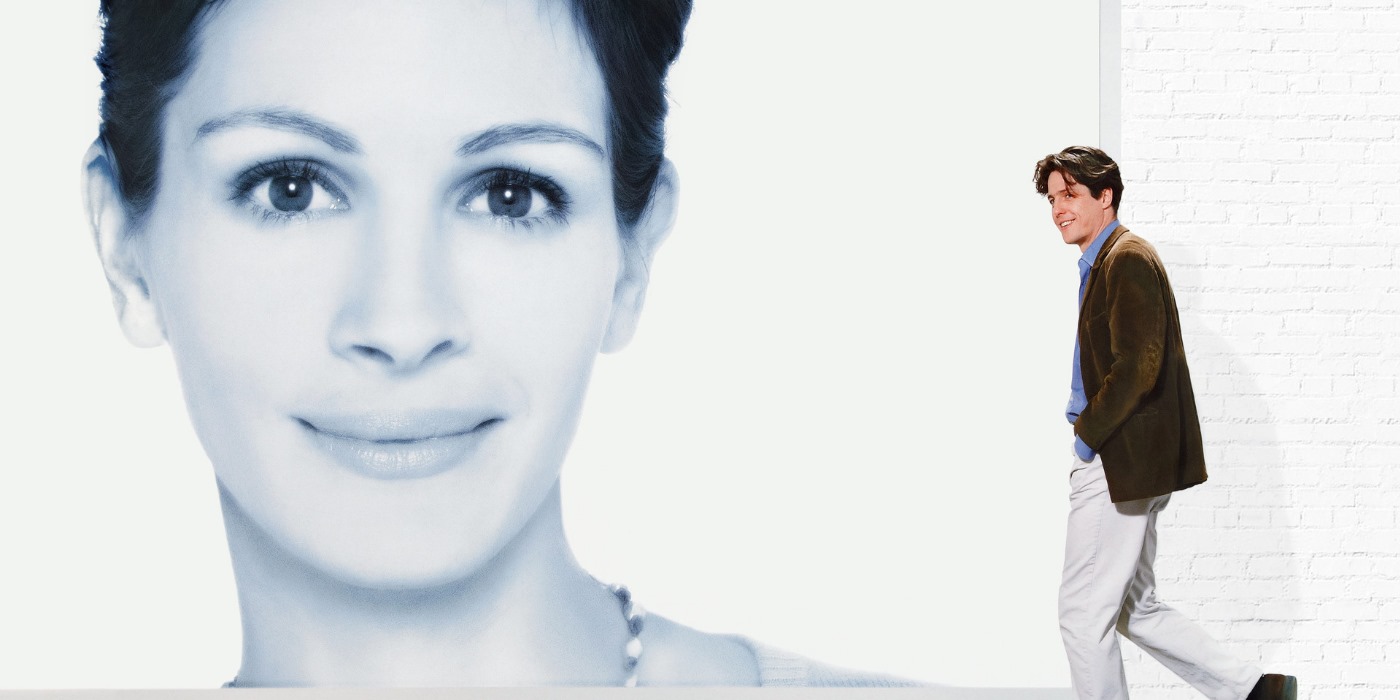 If you like a bit of romance, glimpses of a gorgeously lit London, or just a good love story regardless of the location, my picks of movies like Notting Hill (1999) include Match Point (2005), The English Patient (1996) and Before Sunrise (1995). ~ Paola Bassanese

There was a time when Hugh Grant used to be a sex symbol (more on Hugh Grant in Scout’s article and Kerry’s article). Notting Hill made Hugh Grant an international superstar – and even hardened film critics like The Guardian’s Peter Bradshaw admitted to love this film.Notting Hill is unique in portraying London as a beautiful, clean and romantic city (and that’s what critics have accused writer Richard Curtis of, saying it is not a realistic view of London).

Still, this is the world of make believe: do I really want to see in a movie the same discarded rubbish bags, furniture, supermarket trolleys that I see when I walk around London?

There’s socially-engaged cinema, and there’s the dream factory-type cinema: you can enjoy both. I know I do.

And now, here’s some good films like Notting Hill I chose for you; I hope you’ll enjoy them (remember to let me know in the comments at the end of this article).

This film is a few inches away from being a classic

Dustin Hoffman and Emma Thompson have a chance encounter at a London airport, and then meet again and again.

`Last Chance Harvey´ is a few inches away from being a classic – something is missing and I think it’s dramatic tension: it plays safe throughout but all the same it’s very enjoyable.

There’s some lovely shots of the London South Bank (reminiscent of Four Weddings and a Funeral) with gorgeous photography. The leads both perform beautifully; it’s an understated performance and a sweet love story.

A film about a chance encounter

I am getting goosebumps just writing the title. Why? Because Before Sunrise is probably one of the most romantic films I have ever seen.

`Before Sunrise´ is delicate, soft spoken and warm.

This is another film about a chance encounter, this time on a train.

There’s a romantic walk around Vienna under the moonlight. A movie that keeps on giving: there’s two more sequels if you like this. One is Before Sunset (2004) and the other is Before Midnight (2013). Stars Ethan Hawke and Julie Delpy.

The English Patientalmost made it to the top of Tom Hiddleston’s list of most romantic movies (he gave pride of place to Last of the Mohicans because of the love story between the lead characters played by Daniel Day-Lewis and Madeleine Stowe).

Although the dramatic tension and the electrifying passion of the film fizzle out towards the end, a good two thirds of the movie are beautiful.

If Notting Hill is all sweetness, light comedy and light romance, The English Patient has more pathos and drama – but both films represent the best of British film-making, in my view.

The film has many qualities of a classic film noir

They are both impossibly beautiful and the photography is superb – which means that they acquire an almost preternatural quality about them. They look more like gorgeous holograms or deities than real people. If you are a fan of make-believe, you’re in for a treat.

Match Pointhas all that polished, sophisticated look that Notting Hill has – and intentionally ignores council estates and rubbish bags. Hooray!

The film has many qualities of a classic film noir, there’s a femme fatale (Johansson) and a murder.

The fact that Matthew Goode is also in the movie reminds me that I see some similarities in the photography and styling between Match Point and Tom Ford‘s A Single Man (where Goode plays Colin Firth‘s partner).

Let me Know which Film you Prefer!

Don’t forget to let me know which of these movies you prefer and enjoyed the most in the comments.