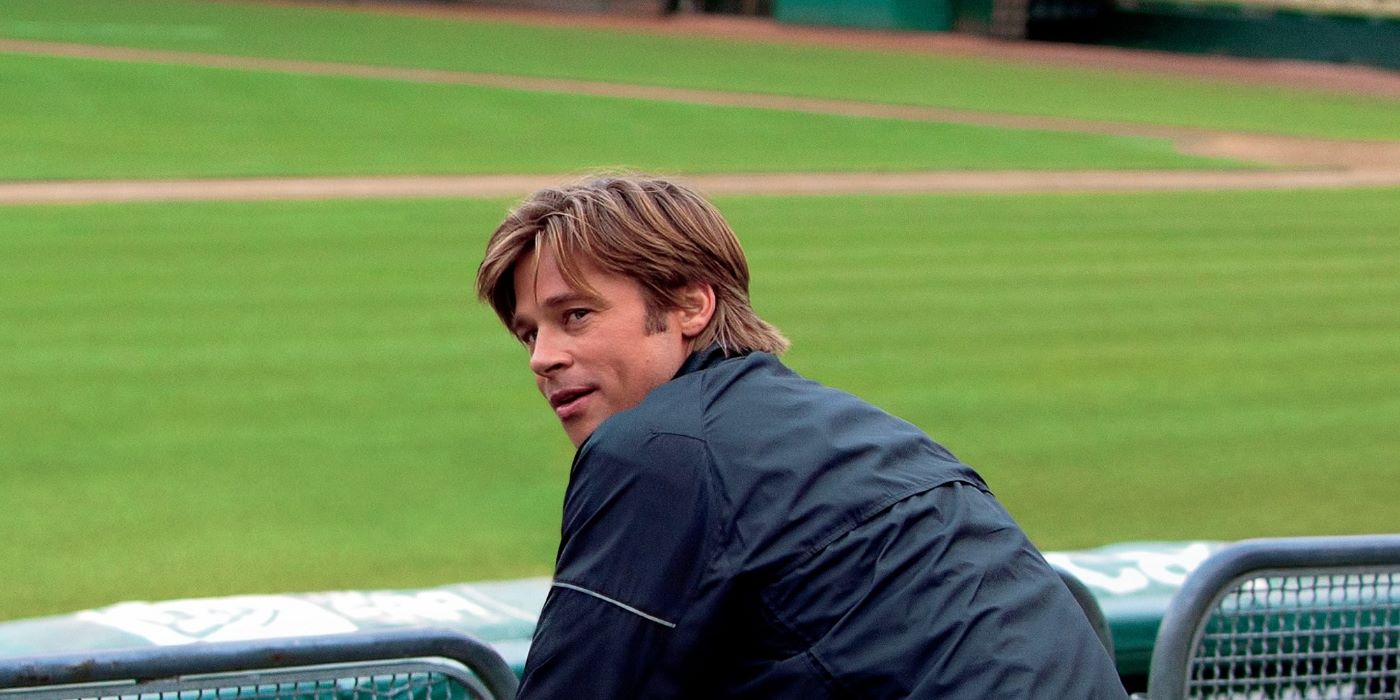 The Bennett Miller helmed Moneyball stars Brad Pitt and Jonah Hill. A movie with a focus on the strategy behind building a baseball team, it’s a great example of a compelling and exciting sports driven narrative. Here are some sports movies like Moneyball. ~ Andy McKendry

In Moneyball Brad Pitt plays a coach tasked with rescuing a baseball team from obscurity. The problem however is the fact that Pitt’s team has no money to buy top-flight players. Enter Ivy League graduate Peter Brand (Jonah Hill) a young man with an algorithm that could help predict future baseball greats.Based on a book by Michael Lewis, Moneyball is a thrilling sports movie notable for its strong central performances. For fans of the sports movie genre here are films similar to Moneyball.

Not exactly a movie about sports itself, Field of Dreams deals with the legacy of a baseball game and how it can bring people together. Kevin Costner stars as a farmer who builds a baseball diamond on his land and despite the naysayers (and the danger of bankruptcy) he continues on his own path.

Field of Dreams is an emotional tearjerker but it sticks to its guns and avoids the damning ‘cheesy’ label. Costner’s performance is outstanding too.

SIMILARITY MATCH: 80%
A film about the power of the individual, Field of Dreams is a powerful narrative about doing what’s most important to you – despite what everyone else says.
***
‘Friday Night Lights’ (Peter Berg, 2004)

A tale of an entire town and its obsession with American Football, Friday Night Lights focuses on a Texan high school team and their trials and tribulations.

An intensely dramatic film and one that stands highly in my own memory as a great sports film, Friday Night Lights isn’t afraid to delve into the motivation behind the game itself.

SIMILARITY MATCH: 70%
Friday Night Lights is a movie that explores the relationship between sport and life itself and its narrative is both touching and heart breaking – the soundtrack is epic too.
***
‘Raging Bull’ (Martin Scorsese, 1980)

Robert De Niro famously put on a lot of weight for this Scorsese film from the eighties about boxing. The camerawork in Raging Bull is immediate and visceral and it dances with the fighters themselves as Scorsese put the camera in the ring. The sound effects are realistic and as a whole Raging Bull is about as honest an account of fighting in the ring there is.

Shot in black and white but certainly not lacking in colour, Raging Bull punches far above its weight with stunning cinematography and a hard-hitting performance from De Niro in his prime.

Dodgeball is a markedly different film to Moneyball in terms of tone but both films explore the same sports/underdog genre to great success. Starring Vince Vaughn and Ben Stiller, Dodgeball has several often-quoted lines and it stands as a good example of the type of slapstick comedy that was popular in the noughties.

It’s a film that knows its genre well and it sticks to the tropes with admirable determination but it is also surreal, weird, and completely insane as a narrative piece of cinema.

SIMILARITY MATCH: 50%
Dodgeball makes this list by virtue of its genre rather than its tone and it shows that the sports movie genre is diverse and varied.
***

The sports movie genre is chock full of great films and even better performances. The above list of movies is only a glimpse of what this genre has to offer. There are plenty movies if you like Moneyball for you to consider. Let’s have a look at a few more.

A very detailed Michael Mann movie that showcases his usual skilful direction and stars Will Smith in a strong and convincing performance as the titular boxing legend, Ali is a truthful account of one of sports most famous characters.

Will Smith stars in a film about boxing that shows just how far he has come since his early sit com days.
***
‘The Damned United’ (Tom Hopper, 2009)

Starring Michael Sheen as football manager Brian Clough, this true story documents an egotistical man attempting to lead his team to glory. It’s actually quite similar to Moneyball with its account of the inner workings of a sports team.

The Damned United is a compelling story of two men driven apart by their love of the beautiful game.
***
‘Warrior’ (Gavin O’Conner, 2011)

Warrior is the story of two brothers who are both adapt at cage fighting. It’s an emotive movie and its finale deftly manages to avoid being cheesy whilst also being a heart wrenching.

Warrior is an exciting movie and one that is indicative of how sports can be reflective of the lives of its participants.

Warrior pits two brothers against each other and like all great sports films provides a context that humanises its characters.
***

Sports movies are great fun and often they are riveting dramas with an emotional heart. Moneyball is a clever film replete with strong performances and if I was to recommend one film like it from the above list I would suggest Friday Night Lights.It’s an underdog story with perhaps the most convincing of contexts and it shows just how important sport is to both the players themselves and the audience watching.