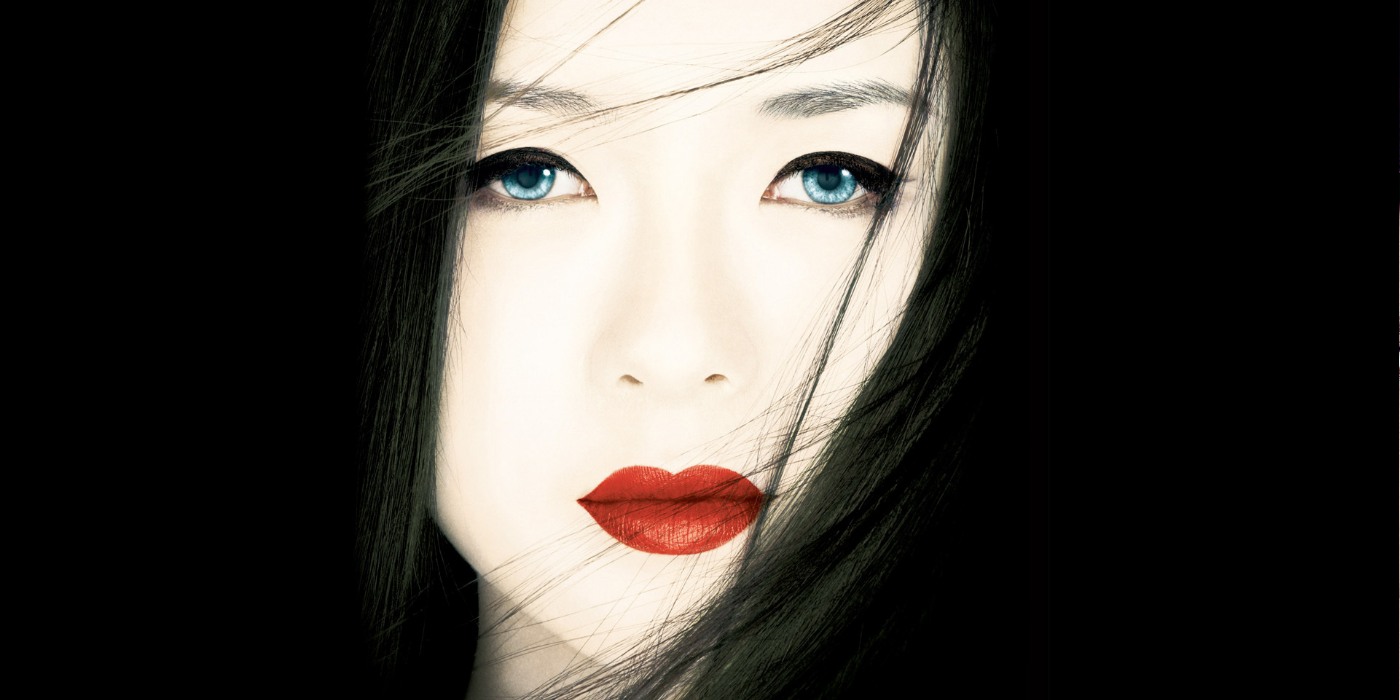 While Memoirs of a Geisha (2005) demystifies the mystique of the life of a geisha, you can still get to experience the same fascination for exotic cultures and traditions in my selection of movies like Memoirs of a Geisha, from Indochine all the way to M. Butterfly. ~ Paola Bassanese

As a child, I used to love dressing up as a geisha for Halloween (or the Italian equivalent, Carnival); it was my favourite costume.What is it about the whole process of dressing up and layering your skin with white and red make up that’s so intoxicating?

I’ve looked at the recommendations for other movies like Memoirs of a Geisha (2005), but quite frankly, there isn’t much on offer. This also makes me wonder about the lack of worldwide distribution of modern Japanese cinema. But that’s another story.

I was also surprised to see titles like The Devil Wears Prada (2006) or Miami Vice (2006) in the recommendations… Ahem… How are these movies relevant?

More accurate suggestions are Raise the Red Lantern (1991) (more on that here), The Last Samurai (2003), or House of Flying Daggers (2004)… but I feel like something’s missing. I wanted to find films that had romance, not fighting scenes, so off I went on a little online trek, up and down virtual mountains, crossing binary borders and looking at digital horizons.

If you’re rather in the mood for a book, check out these books like ‘Memoirs of a Geisha’.

My Geisha is one of my absolute favourite movies of all time – I talked about it before (in Shirley MacLaine’s best movies) so I won’t expand too much on it here.

Yes, My Geisha is an obvious choice – bite me! But I bet you haven’t seen it yet, so I urge you to give it a go. It’s funny and charming.

The French are loosening their colonial grip on Indochina by 1930.
The transition to an independent Vietnam makes inter-racial relations difficult, especially when there’s a tricky love triangle at stake… Catherine Deneuve is regal and iconic, while Vincent Perez smoulders on screen.

Raka is a handsome Balinese dancer, played by John Lone, and a woman escaping her past dives straight into a relationship with him.

You could say that this film looks at sexual tourism from a different perspective (why do we say that men go abroad for sexual tourism while women have holiday romances? I’m not judging!)

A guilty pleasure… it may grow on you

Watching Echoes of Paradise is like reading a trashy novel, but this guilty pleasure may grow on you (oh, and it’s very 80s).

When I searched for more information about this movie, I found out that the whole production was plagued by disagreements, so the film missed out on major distribution.

Personally, I enjoyed John Lone‘s amazing dancing – it turns out that The Last Emperor star trained at the Peking Opera.

**Unfortunately, at the point of publishing, there was no trailer for this movie available on YouTube.

Let’s stay with John Lone (can you guess I had a massive crush on him when these movies were released?) and look at David Cronenberg‘s M. Butterfly, also starring Jeremy Irons.

With M. Butterfly, we are now travelling through space and time to China in 1960, where a French diplomat falls in love with a Chinese opera singer…

If you’ve watched The Crying Game, you’ll guess that the singer may hide a secret… Like in Indochine, there’s tense relations between locals and foreigners.

As we know, Cronenberg likes unconventional stories and had worked with actor Jeremy Irons before (1988, Dead Ringers).

I laughed at the caustic comments and reviews about The Lover (L’Amant), the movie adaptation of Marguerite Duras‘ novel.

It’s one of those “love-it-or-hate-it” movies, I guess. I’m interested in finding out if you like it or not so don’t forget to add your comments at the end of this article.

I remember watching it and loving it (yes, it has some boring moments, but also some good ones). Let me remind you that Annaud directed the not-so-action-packed Seven Years in Tibet so that gives you an idea of his directing style.

It’s one of those “love-it-or-hate-it” movies

If Rotten Tomatoes dismisses The Lover as art-house soft-porn, then I could say the same thing about the critically-acclaimed Last Tango in Paris. You say “tomayto”, I say “tomato”.

The film has a certain frisson and beautiful photography – two of my main criteria when choosing a film! Just like Lolita, you have a young girl and an older man, a game of seduction, and the loss of innocence.

From Bali to China, from Japan to Vietnam, we have gone on an intoxicating journey ripe with passion and drama.
Are these movies enough to set your pulses raising? Let me know!