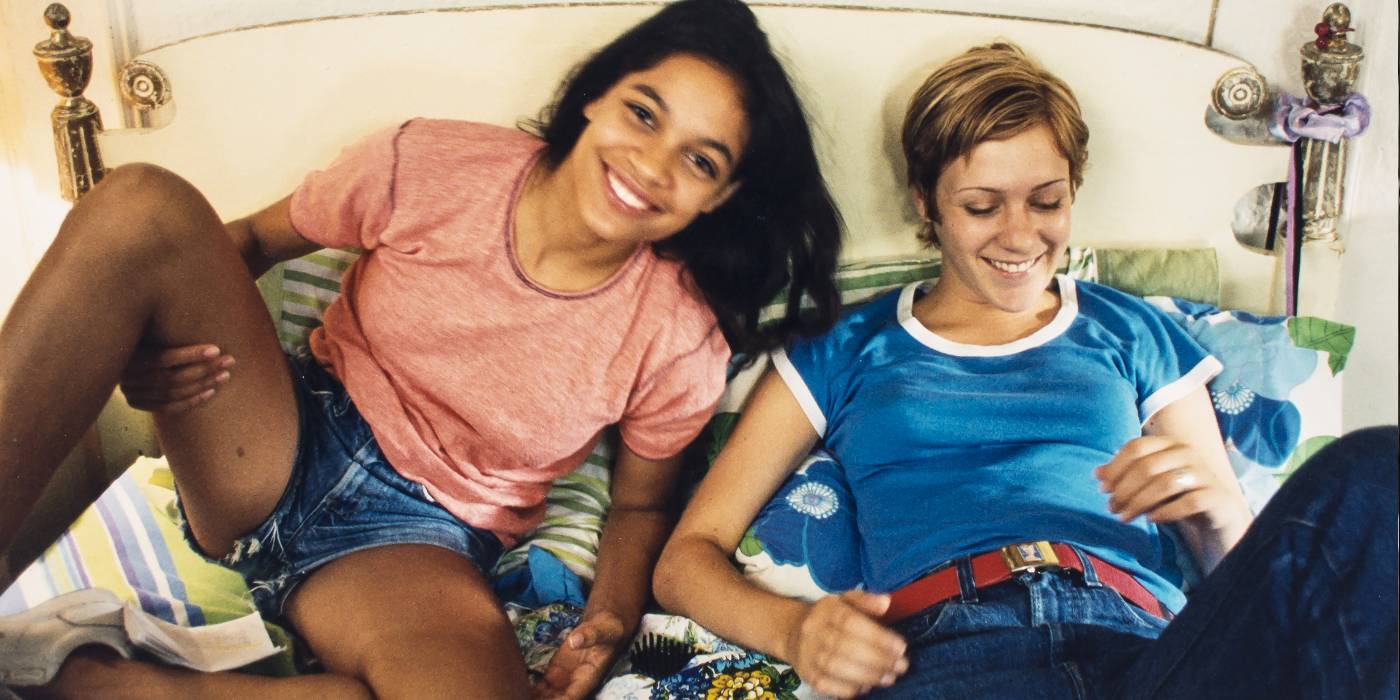 If you love your parents at all, you will never expose them to movies like Kids (Larry Clark, 1995). If they’ve done something to piss you off recently, then go right ahead! These films will also guarantee sleepless nights for them: Thirteen (Catherine Hardwicke, 2003), Heavenly Creatures (Peter Jackson, 1994), Crazy/Beautiful (John Stockwell, 2001) and Party Monster (Fenton Bailey, Randy Barbato, 2003).
~ Roxanne Sancto

When Kids was first released in 1995, no one knew what kind of impact it would have on its audience. Written by Harmony Korine and directed by the legendary Larry Clark, this film prides itself on its authenticity and mock-documentary style.

It tells the story of Telly (Leo Fitzpatrick), his liberal take on sexuality, and his obsession with virgins. The movie opens to Telly talking a twelve-year old into having sex with him. That in itself is pretty scary, but unbeknownst to him, he is also HIV positive.

Janet Maslin from The New York Times called Kids a “wake-up call to the modern world” – no one could have said it better. This movie is eye-opening for a young audience as much as for an older audience – parents in particular.

If you’re looking for other movies like Kids to frighten your parents with, try these shocking portrayals of teenage life!

When we are first introduced to thirteen-year-old Tracy Freeland (Evan Rachel Wood), she is a shy, sensitive girl who is still very much in tune with being a child. She likes writing poetry and isn’t all that interested in fashion and boys.

All that changes when she notices her school’s Miss Popular Evie Zamora (Nikki Reed), who dresses provocatively and gets up to all kinds of teenage mischief such as drinking, drugging and fooling around with boys. Feeling the peer pressure, Tracy decides to change her appearance and circle of friends.

Within the course of 100 minutes, we see Tracy changing from an innocent little girl into a thieving, lying, drug-taking and overwhelmed teenaged disaster. The audience becomes torn between feeling sorry for her and wanting to slap her back into order.

For more films like ‘Thirteen’, have a look at this article.

Based on James St. James’ memoir, Disco Bloodbath tells the story of the infamous party promoter, Michael Alig, the “King of the Club Kids”. Clad in extravagant costumes and generous make-up, the Club Kids ruled the venues of New York in the late 80s and early 90s.

Michael Alig (Macaulay Culkin) was a rosy-cheeked momma’s boy before moving to New York, where he meets the flamboyant James St. James (Seth Green). James St. James teaches Michael everything there is to know about the New York party scene, including the “rules of fabulousness”.

After the success of his first party at The Limelight, Michael tours the country in search of more Club Kids. This is where he meets Gitsie (Chloë Sevigny) with whom he starts a relationship.

However, his drug use is out of control, his friendship with James St. James is riddled with jealousy and to top it all off, he becomes involved in the murder of his drug dealer, Angel Melendez (Wilson Cruz).

One of the most important factors of our teenage years is our friends. We grow up with them, learn with them and share the same experiences. They shape a major part of who we become and any parent should be happy to know their daughter has found a BFF…

Unless of course their friendship resembles that of Pauline Parker (Melanie Lysnkey) and Juliet Hulme (Kate Winslet). In that case, I suggest you start worrying. When they first meet at school, they seem like typical teenagers – oblivious to the world around them, immersed in their own fantasies of Borovnia, their self-created kingdom.

As they dive deeper and deeper into their own stories, they start losing touch with reality and become completely obsessed with one another. When their parents threaten to separate them, they decide to take drastic measures…

Based on the true story of the Parker-Hulme case in Christchurch, New Zealand, this is one scary story of teenage desperation.

Nicole Oakley (Kirsten Dunst) seems to have it all: she lives in a luxurious house, has a rich father and pretty much does whatever she wants. But all that doesn’t make her any less lonely. She never really got the chance to get to know her mother, who committed suicide when Nicole was still very young and her father’s new wife has no interest in her.

When she meets Carlos Nuñez (Jay Hernandez), she is introduced to another side of life. Carlos is studious, close to his family and has a goal: he wants to apply to the U.S Naval Academy. They fall in love with each other, but cultural differences and personal attitudes complicate their relationship.

When they break up for a period of time, Nicole loses herself and stumbles from one party to another, leading a life of drunkenness and meaninglessness. Carlos gets her out of her surroundings and they run off together, allowing her to realise that she could be jeopardising his future…

SIMILARITY MATCH: 55%
The only thing Crazy/Beautiful and Kids have in common are intoxicated teenagers; only, they’re not Ghetto-style teenagers, these are The O.C-style teenagers.
***

If you’re looking for more movies like Kids, but would like to focus on films from the same source, pretty much all of Larry Clark’s films offer the same intensity. The one closest to Kids would probably have to be Ken Park (2002).

Wassup Rockers (2006) follows a group of Salvadoran and Guatemalan American skaters who try to avoid a life of gang-fights and hip hop culture, instead conforming to the punk counter-culture by wearing skinny jeans and little else.

Clark’s film The Smell of Us is set in France and was released in August. It is rumoured to be the European version of Kids. Will it make it on to your list of must-watch Larry Clark movies?