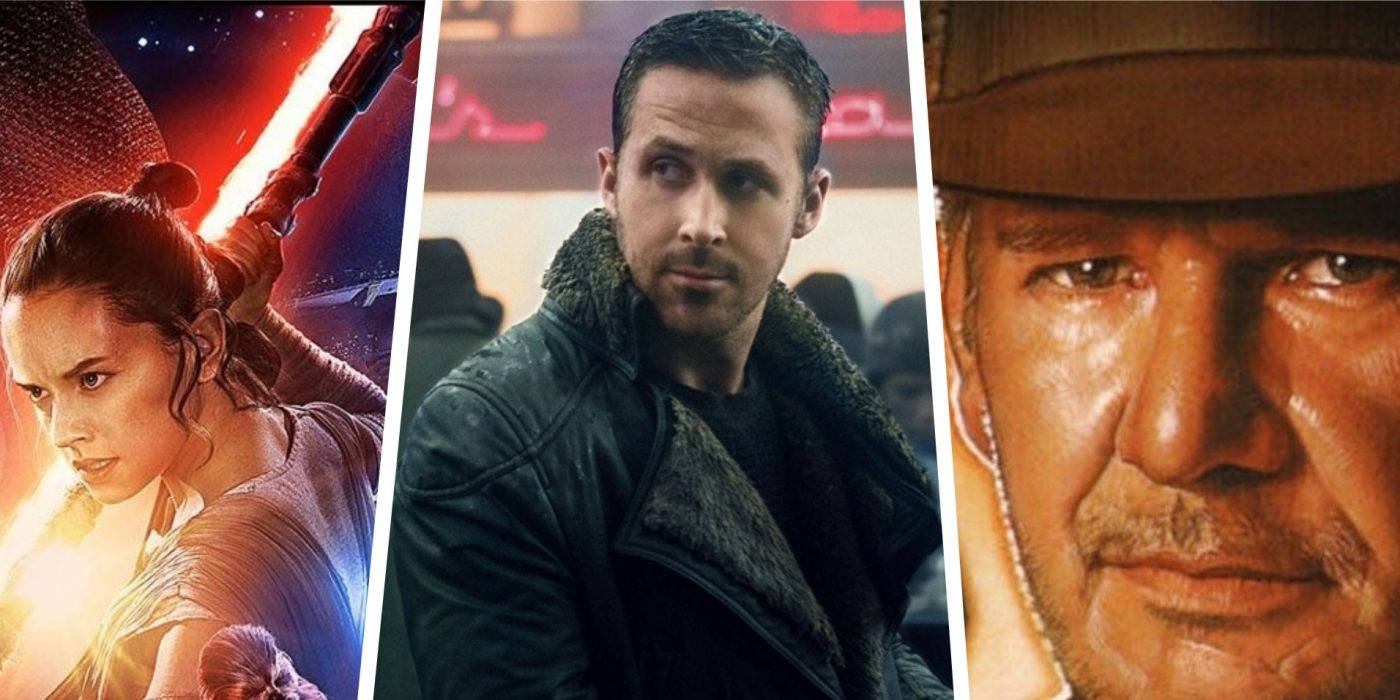 Jurassic World came out 14 years after Jurassic Park III and its sequel, Jurassic World: Fallen Kingdom, is out now in most international market. As such, it’s only fitting to take a look at 6 other sequels that were decades in the making.

Danny Boyle and Ewan McGregor made peace and reunited along with the rest of the Trainspotting cast to bring us this sequel 20 years later. Stylish, funny and lovingly self-referential, T2: Trainspotting shows us how our misfit main characters have aged – fans of the original are bound to get a kick out of it.

It may have tanked at the box office, but Blade Runner 2049 still achieved the impossible – a sequel to one of the greatest movies ever made that managed to be just as good, if not better 35 years later. A breathtakingly gorgeous, cerebral sci-fi thriller that finally earned cinematographer Roger Deakins his well overdue Academy Award.

Sometimes the best man the sequel is the man who started it all in the first place – mastermind and Mad Max creator George Miller returned to the series with its best movie yet and one of the greatest action movies of all time. Fury Road is a non-stop thrill ride across the post-apocalyptic wasteland – a no-holds barred, exhilarating masterpiece that was well worth the 30 year wait since Max went beyond Thunderdome.

Even if you look it as the first Star Wars movie since Revenge of the Sith in 2005, it still count as a long wait, but The Force Awakens is really a sequel to 1983’s Return of the Jedi. A fantastic return to form that showed the saga was in safe hands and a spectacular adventure that brought back fan favourite characters while introducing awesome new ones.

INDIANA JONES AND THE KINGDOM OF THE CRYSTAL SKULL (Steven Spielberg, 2008)

A lot of people would have preferred that The Last Crusade was also Indy’s last movie, but franchise director Steven Spielberg brought everyone’s favourite hat (and the man that comes with it) back in 2008 with Kingdom for the Crystal Skull – a fun, if not a beloved entry in the series. Also, this is the third Harrison Ford sequel on this list! The guy really knows how to hold a franchise.

They’ve done it before and they’ll do it again, but it’s still amazing that Pixar is brave enough to even attempt to do sequels and prequels to some of its undisputed classics so many years later. As the title suggests, it’s not Nemo that’s missing this time around, but Dory – and her short-term memory loss is going to make finding her very, very tricky indeed. Speaking of Dory’s memory though, this sequel also dives into the character’s backstory quite a bit.

If you’re looking for more traditional recommendations, you can also check out our 5 Movies Like Jurassic World: Fallen Kingdom video: