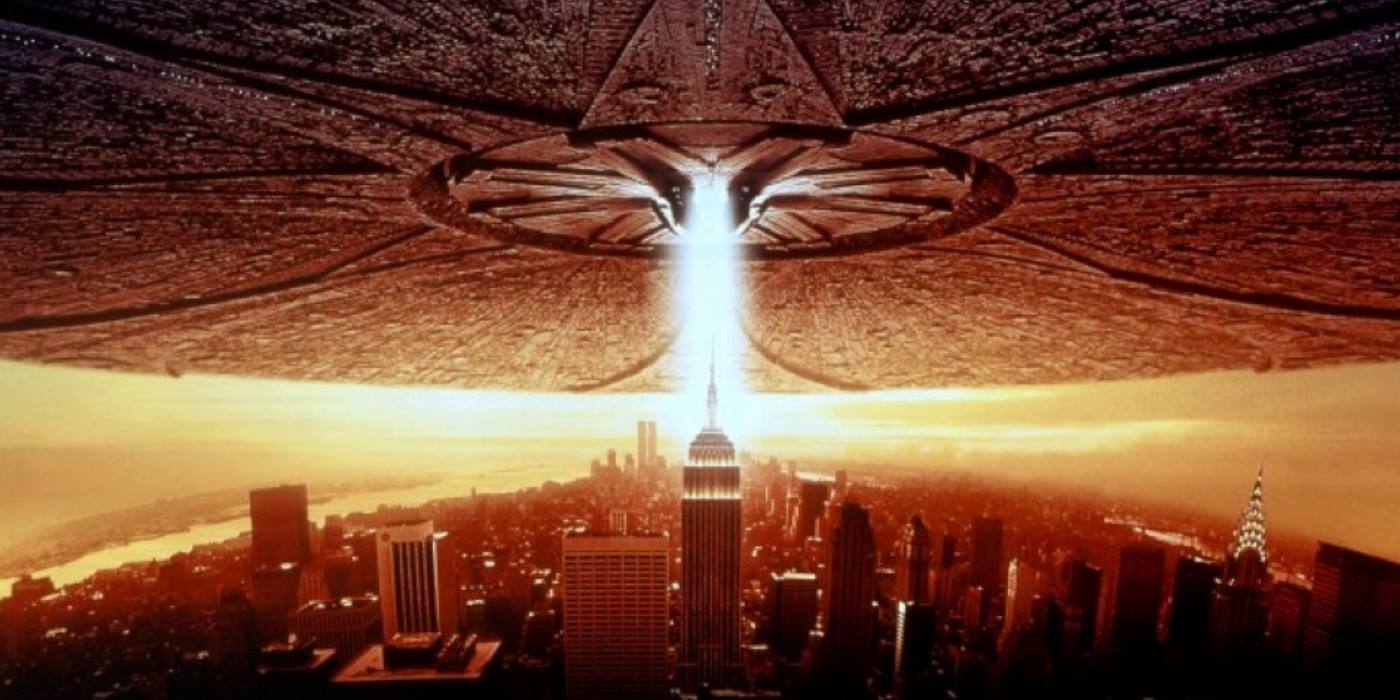 itcher recommends movies you should see based on your personal taste – check it out! 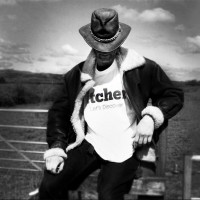 Aliens must surely be just like E.T. himself: loving, peaceful and benevolent, mustn’t they? But let’s just suppose for a second that they’re none of those things. Let’s suppose that they’re like us. Judging by the number of movies like Independence Day, Hollywood certainly has… ~ David Milloy

In Independence Day (Roland Emmerich, 1996), Earth is the next stop for an itinerant horde of aliens. The bad news is that these guys out-do even Gordon Gekko – they’re asset-strippers on a planetary scale.Faced with technology that our weapons systems cannot overcome, the Earth’s only hope lies with a wisecracking pilot, a neurotic computer genius still carrying a torch for his ex-wife and the newly-widowed President of the U.S.A. (who just happens to be an ex-fighter pilot). We’re surely doomed.

Then again, this being Hollywood, perhaps not… After all, we’ve got Will Smith on our side.

So What Movies Are Similar to Independence Day?

Kenneth Arnold‘s famous UFO sighting in 1947 added the term ‘flying saucer’ to our lexicon and forced humanity to consider the possibility that we may not be alone.

Needless to say, it wasn’t long before film studios cottoned on to the idea that there was money to be made from the UFO phenomenon, and the alien invasion movie soon became (and remains) one of Hollywood’s staple offerings.

Although Hollywood’s aliens take many different forms, most of them share a common purpose: to take over the Earth. Of course, we’re not just going to sit by and let them do that. Are we?

The World War II battleship USS Missouri has been seen on the screen so often – a Cher video, the Steven Seagal movie ‘Under Siege‘ and now this film – that it really ought to be issued with an Equity Card. Besides, some might say that it’s invariably the best actor in the picture…

A big budget tie-in with the perennially popular ‘Battleships‘ game, Battleship sportingly allows the US Navy to have a crack at those pesky aliens. It’s only fair – after all, the US Air Force got all the action in Independence Day.

Like Independence Day, you needn’t watch this movie if you’re looking for a complex plot, realistic physics or subtlety. If, on the other hand, great visuals and relentless action are your desire then you needn’t look any further.

Have a look at this article if you want to watch some great movies like ‘Battleship’.

SIMILARITY MATCH: 90%
As ridiculous, loud and enjoyable as Independence Day itself, but with added ships.
***
‘Earth versus The Flying Saucers’ (Fred F. Sears, 1956)

“Look to your sun for a warning…”

Unsurprisingly, given that it was filmed not long after the heyday of Senator Joe McCarthy and his paranoiac ‘Reds under the beds’ witch hunts, the aliens in this movie are a metaphor for communists.

In the cold light of the 21st century, however, we can forget the original subtext and look at the film as it really is: a prototype Independence Day. It’s all there: the superior technology of the aliens, the impotence of Earth’s military forces, an attack on Washington and a genius who saves the day.

Sure, it’s in black and white, the dialogue is a little stilted and the special effects (by Ray Harryhausen) are ropey by today’s standards, but none of that matters. If you love Earth-in-peril films then this is one to watch.

“Shit, I’d rather be in Afghanistan… ”

What is it with aliens and Los Angeles? They turn up there time after time, and time after time they get their butts well and truly kicked. With their mental powers, maybe Vegas would be a better choice for them – it’d certainly be more profitable, and they’d fit right in.

In Battle: Los Angeles, aliens have (you guessed it) launched an all-out invasion of the Earth. But rather than give a global overview of the conflict, the film focuses on a squad of US Marines sent on a rescue mission into the hot zone. As the mission evolves, they discover the location of the alien command and control centre and attempt to take it out.

Battle: Los Angeles melds the look and feel of modern combat films with a typical alien invasion storyline – think of it as Jarhead meets Independence Day and you won’t be far wrong.

“I have come here to chew bubblegum and kick ass…and I’m all out of bubblegum.”

Another film with a subtext. But it’s consumerism, not communism, that They Live targets.

Former WWF wrestler ‘Rowdy’ Roddy Piper plays John Nada, a penniless drifter (it’s all in the name) who comes to LA in search of work.

When curiosity gets the better of him and he finds some VERY special sunglasses, Nada finds himself wrestling with a much bigger problem than he could ever have imagined: aliens not only live among us, they control our thoughts and desires by subliminal messages that adorn our buildings, billboards, books and magazines.

Made with a low budget and necessarily much less spectacular than the likes of Independence Day, this is the quintessential B movie. It’s a great little film, and worth watching for the five minute long fight scene alone. Oh, and Nada‘s memorable visit to the bank…

SIMILARITY MATCH: 55%
Rowdy Roddy Piper versus aliens? It’s not Independence Day, but somebody had better call for The Undertaker…
***
‘The Arrival’ (David Twohy, 1996)

“If you can’t tend to your own planet, you don’t deserve to live here.”

Humankind’s in real trouble. This time, we don’t have the navy, air force or army to save us. We can’t turn to a scientific genius or even the President of the USA for help. The only ally we’ve got is Charlie Sheen. Like I said, we’re in real trouble this time…

Sheen plays a radio astronomer working on a SETI Project who gets fired after stumbling across an extra-solar radio signal. Undeterred, he sets out on a one-man mission to find the source of the signal. What he finds will put him in mortal danger.

Offering suspense instead of action and drama instead of explosions, The Arrival is a different take on the alien invasion theme from the likes of Independence Day. It’s a little cheesy in places and would have benefited from a larger budget, but it’s nonetheless a satisfying film.

SIMILARITY MATCH: 55%
It has a very different sort of sheen to Independence Day, but worth watching if you’re not an action movie diehard.
***

You won’t have to search far to find a movie about an alien invasion. Some, like Independence Day, are action movies in a party frock; others, like They Live, use the genre as a vessel for a political or social subtext. Either way, there are plenty to choose from.

We like to be helpful, so here are some more movies like Independence Day for you to check out – there’s no shortage of hostile, planet grabbing aliens here…

At the end of the 19th century, back in the days when we thought Mars might be inhabited, H.G. Wells‘s novel ‘The War Of The Worlds‘ gave readers a good scare. In 1938, Orson Welles‘s famous broadcast bettered that, by sending more than a few radio listeners running for the hills. Most recently, in 2005, Steven Spielberg teamed up with Tom Cruise to update this classic tale of alien invasion for the big screen.

Although there are some very impressive set pieces involving the alien fighting machines, this is a thriller rather than an action movie. And, as befits a film devoid of maverick scientific masterminds, grizzled soldiers and F-18 borne Presidents, the hero turns out to be a heroine: Mother Nature herself.

Independence Day without the plot contrivances.
***
‘Invasion Of The Body Snatchers’ (Don Siegel, 1956)

McCarthyist paranoia, classic sci-fi thriller or both? As in Earth Versus The Flying Saucers, the aliens that appear in this classic 1950s movie are a none too subtle metaphor for communists.

Kevin McCarthy (no relation to Joe McCarthy) plays a small-town doctor who discovers that humans are being replaced by unemotional alien doppelgangers. It’s up to him to warn the world but can he do it in time? And even if he can, will anyone listen to him?

Thrills and suspense stand in for action in this classic alien invasion movie.
***

Independence Day set new standards for special effects and fired the imagination of filmgoers back in 1996, but is it the best alien invasion film? Between them, our brief selection of films similar to Independence Day offer just about everything a genre fan could wish for.Want action aplenty? Battleship‘s the film for you. Prefer thrills to action? The Arrival will do nicely.

As ever, though, it’s all about opinions.

We’ve given you ours.

Now we’d love to hear yours.