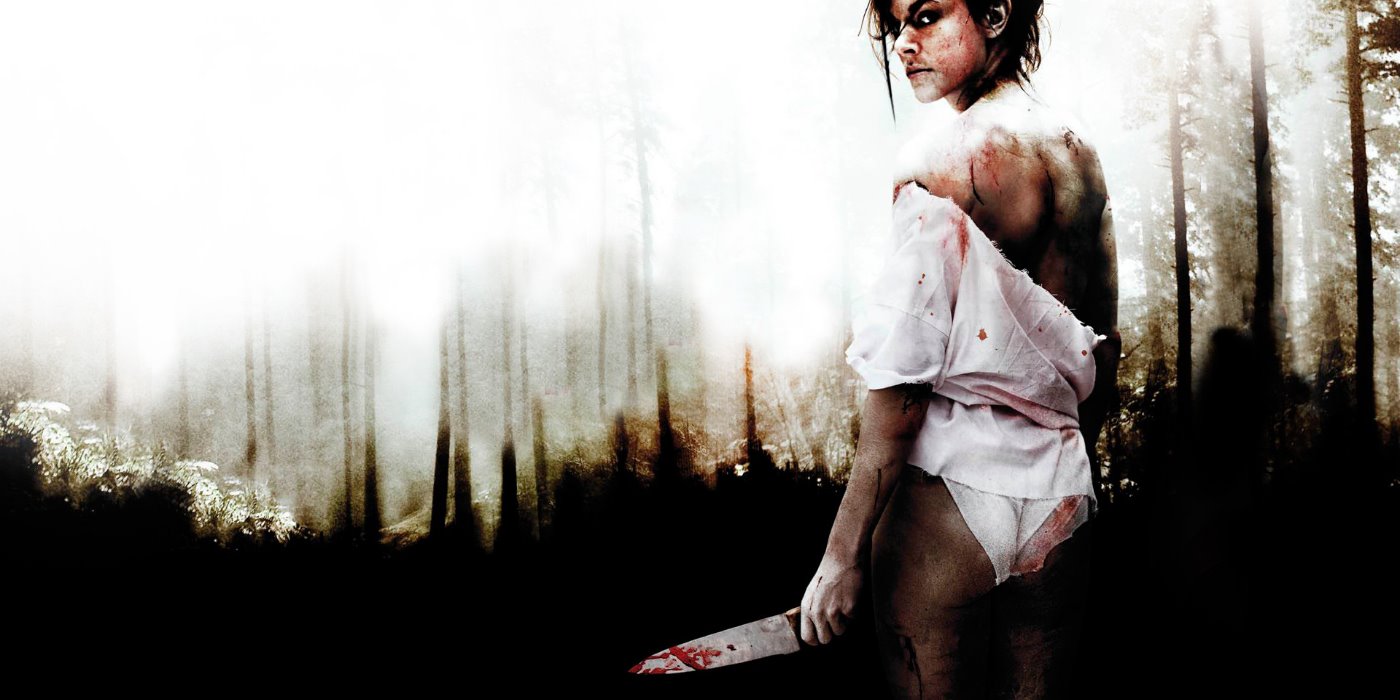 7 Movies like I Spit On Your Grave: Revenge Inspired Cinema

The 2010 remake of ‘I Spit On Your Grave’ wasn’t received terribly well by critics, although it did do better (in some ways) than its original 1978 release, which was banned in many countries due to its graphic content. For those that love violent revenge-inspired cinema, here are four movies that are similar to I Spit On Your Grave. ~ Andy McKendry

Andy: Please!
Jennifer: “Please” is what I said to you!

As an avid cinephile, there are few films or genres that I miss out on. I’ll watch whatever I can as long as it comes in the cinematic form.

‘I Spit On Your Grave’ is a horror genre piece that sits in good company.

Here are some of its bedfellows.

Movies Similar to ‘I Spit On Your Grave’

Gasper Noe’s shocking film ‘Irreversible’ starts at the end and works its way back. The opening scene is perhaps one of the hardest hitting that I’ve seen and it has stuck with me for years after viewing it.

It’s similar to ‘I Spit On Your Grave’ in terms of its narrative. A couple seeks revenge on a rapist after a particularly vicious attack. Violence begets violence and those that mete it out may well find themselves becoming the victim.

Both ‘I Spit On Your Grave’ and ‘Irreversible’ deal with the after effects of rape and how it can change a person and make them into a monster. We can choose how we respond to an event (however traumatic) and the films mentioned explore what happens when we take the law into our own hands.

I’d forgive you if you were crazy, but you’re not. You’re weak.

The recent ‘Cannes’ darling from director Jeremy Saulnier is less a horror film and more a confident genre piece. It is a film that deals with the idea of revenge and the very human desire to right whatever wrongs we feel we’ve experienced.

Similar to ‘I Spit On Your Grave’, ‘Blue Ruin’ pits an individual against his past. Macon Blair plays a homeless drifter that attempts to exact revenge against the man who killed his mother and father. Our homeless hero, however, is a man unequipped for violence and his attempts only work through sheer luck rather than any sort of skill.

SIMILARITY MATCH: 80%
‘Blue Ruin’ and ‘I Spit On Your Grave’ deal with the legacy of past violence and the effect it has on the decisions made in the present.
***
‘Oldboy’ (Park Chan-wook, 2003)

Laugh and the world laughs with you. Weep and you weep alone.

Personally, I’m not a fan of Spike Lee’s remake of the Asian classic revenge piece, ‘Oldboy’. Park Chan-wook’s film (part of the ‘Revenge’ trilogy) details the story of a man falsely imprisoned for over a decade. Once released, he seeks revenge on those that locked him away, but all is not quite what it seems as our hero has no idea of the motivation behind his incarceration.

This spawns a riveting thriller with the beating heart of a revenge piece. Chan Wook has crafted a narrative that is both repulsive in its violence and compelling in it secrecy. Similar to ‘I Spit On Your Grave’ in terms of narrative structure, ‘Oldboy’ is storytelling that unfolds with gripping twists and turns and becomes its own animal entirely.

SIMILARITY MATCH: 70%
‘Oldboy’ is a far better film than ‘I Spit On Your Grave’ and comes highly recommended – just be sure to watch the original.
***
‘Dead Man’s Shoes’ (Shane Meadows, 2004)

He was a fucking nana.

Another brilliant film but one that’s often overlooked, ‘Dead Man’s Shoes’ is Shane Meadows dirty little revenge piece set in the English backwaters. Paddy Considine stars as Richard, a war veteran who returns home to find that his younger, mentally challenged brother has been abused by local thugs.

Richard then sets out to hurt those that hurt his brother and inspires terror in the process. ‘Dead Man’s Shoes’ is a low budget revenge movie with clever usage of props and little known actors. It showcases a truly inspired performance from Considine – in fact, it’s a performance that he’s never topped.

SIMILARITY MATCH: 60%
Another genre piece, ‘Dead Man’s Shoes’ is a film that eschews its influences and stands confidently on its own two feet.
***

Revenge is never a straight line. It’s a forest.

The first outing for Uma Thurman as the sword wielding yellow clad action heroine, The Bride.

Every civilization finds it necessary to negotiate compromises with its own values.

‘Munich’s narrative is terrifying in its suggestion that people don’t forget and they will get their revenge in the end – no matter how long it takes.
***
‘The Count of Monte Cristo’ (Kevin Reynolds, 2002)

Treason is all a matter of dates.

The classic revenge story written by Alexandre Dumas is a worthy contender for the best long con.

‘The Count of Monte Cristo’ will leave you questioning who your friends are.
***

There you have it: a revenge-orientated film list that draws inspiration from all corners of the world. The film that I’d recommend is ‘Shane Meadows’ ‘Dead Man’s Shoes’. It’s a confident low budget film infused with righteous anger.

Are there any glaring omissions? Do you agree with my picks? Or disagree?