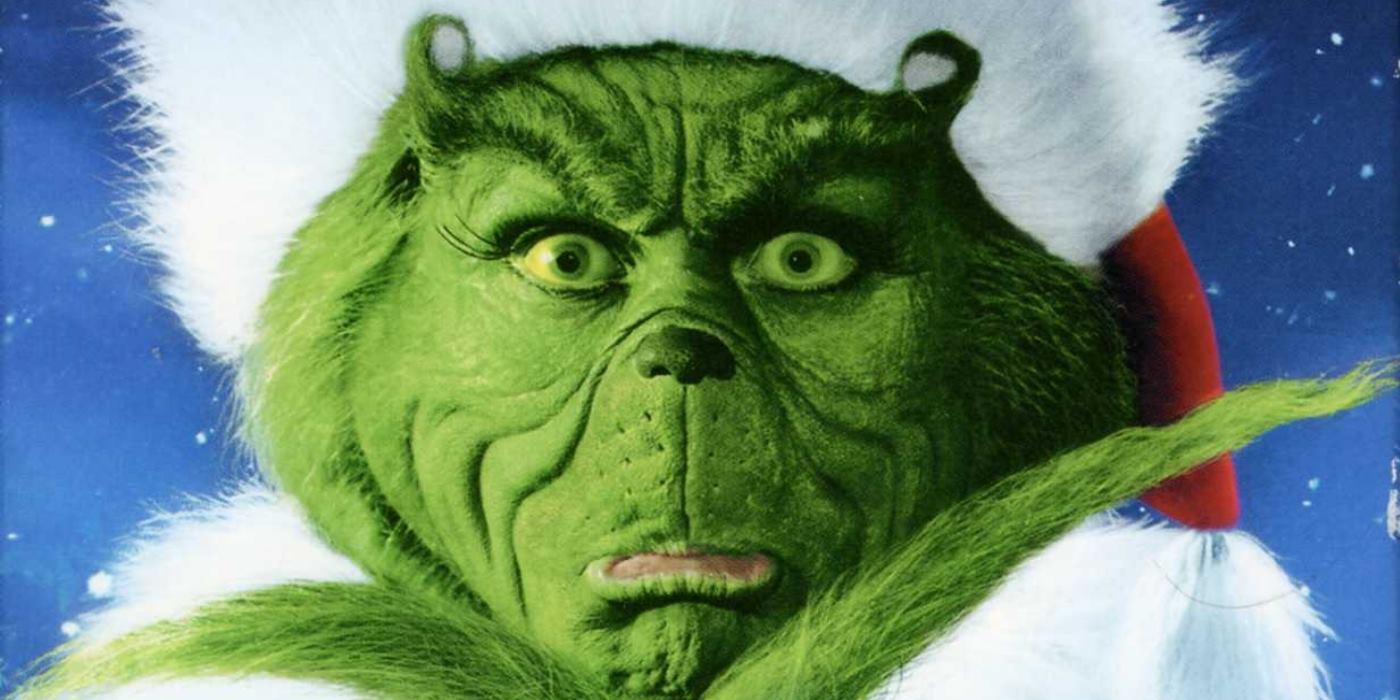 6 Movies like How the Grinch Stole Christmas: Festively Lush

To make it onto my watch list, movies like How the Grinch Stole Christmas should sound like a storybook read aloud and look like a riot of candy and colour. The Grinch Grinches the Cat in the Hat and Charlie and the Chocolate Factory are two of the movies that pass the test. ~ Jane Howarth

I just love How the Grinch Stole Christmas (Ron Howard, 2000). From the moment we swoop down over the snow-capped mountains to the very last musical moments, it’s a lush festive wonderland in red and green.

But it feels like it’s over too soon, and my family will only sit through so many repeat performances, so I guess it’s time to add some variety.

Movies Similar to ‘How the Grinch Stole Christmas’…

A lighthouse makes light, so, just for a lark, I built me a darkhouse. A darkhouse makes dark.

I’m so sorry, I tried to get behind The Cat in the Hat (Bo Welch, 2003) but I just couldn’t find the charm I was searching for. Maybe I’ll prefer Chris Meledandri’s animated version when it appears – I’ll keep you posted.

By contrast, with a screenplay written by Dr Seuss himself and some charming animation, this Grinch and Cat in the Hat crossover is pretty good fun.

The animated short sees the Grinch and the Cat in the Hat annoy each other endlessly, chasing around town to try and mend their nemesis’ ways. It’s not set at Christmastime, but as it features one of the most distinctly festive characters, I’ll allow it.

SIMILARITY MATCH: 80%
Twenty years older than the Jim Carrey movie but you’ll recognise the humour for sure.
***
‘How the Grinch Stole Christmas!’ (Chuck Jones, Ben Washam, 1966)

And what happened, then? Well, in Whoville they say – that the Grinch’s small heart grew three sizes that day. And then – the true meaning of Christmas came through, and the Grinch found the strength of *ten* Grinches, plus two!

In the original TV movie, Dr Seuss’ Christmas story appears on screen for the first time. While the animated format automatically gives this short movie a different feel, it’s a really nice companion to the Jim Carrey version.

Boris Karloff voices the Grinch, and you’ll find all those rhyming Seuss lines intact (and don’t worry, Max the dog is in there too). If you like the style, you might like these Christmas animations too.

SIMILARITY MATCH: 80%
The Grinch’s story told through hand drawn animation is more similar to the live action movie than you might expect.
***
‘Horton Hears a Who!’ (Steve Martino, Jimmy Hayward, 2008)

In my world everyone is a pony, and they all eat rainbows, and poop butterflies.

Horton the elephant hears tiny Who citizens from their miniature home of Whoville – hey, but you know all about that already. It’s even smaller than a snowflake, right? Being a friendly chap who has vowed to help anyone, however small, Horton decides to take care of them.

It’s a sweet, fun animation from Blue Sky Studios, though Jim Carrey steps out of Whoville to voice Horton with a little more ‘our world’ input. And I wouldn’t mind a little more of that distinctive Seuss narration, rhymes and all.

SIMILARITY MATCH: 60%
Less fantastical that the Grinch’s candy cane world on a snowflake, but good fun all the same.
***
‘The Lorax’ (Kyle Balda, Chris Renaud, 2012)

Unless someone like you cares a whole awful lot, nothing is going to get better, it’s not.

Like The Grinch, the CGI animation was previously incarnated in as The Lorax (Hawley Pratt, 1977), a television movie penned by the original creator, Dr Seuss. At first, I thought the movie’s modern feeling was too distant from Whoville (and real life commercial partnerships do throw off the environmental message a little), but once we visit Lorax country, it feels like pure Seuss.

There’s not a Who or Grinch among them, but these movies have a surreal gleam and story book feeling that very nearly match up to the green, furry favourite’s.

Everything in this room is eatable, even I’m eatable! But that is called “cannibalism”, my dear children, and is in fact frowned upon in most societies.

The original is too creepy for me (more on that here), but I love this version of the classic tale of Charlie, the golden ticket and Willy Wonka’s weird and wonderful factory.

As films like ‘How the Grinch Stole Christmas’go, Charlie and the Chocolate Factory is surprisingly close. With its sweet-filled scenes and story book narration, I don’t think you could get much closer.

Weakness is weakness only if *you* see it that way.

Retelling the Snow White story, Tarsem Singh’s movie is a colourful, snowbound movie with a similar fantasy feel to The Grinch.

Well, kind of, and so are these other movies. Sweet, fun and colourful, in fact. So, our viewing is lined up, but if you’d rather read a festive children’s book than watch a movie, Paola’s got a few ideas.All we need now is Cindy Lou Who’s milk and cookies hat, and we’ll be all set for the Christmas Whovillation.Over to You, Citizens of Whoville!

Are there any more Grinchy movies you’d recommend?

Let us know in the comments!