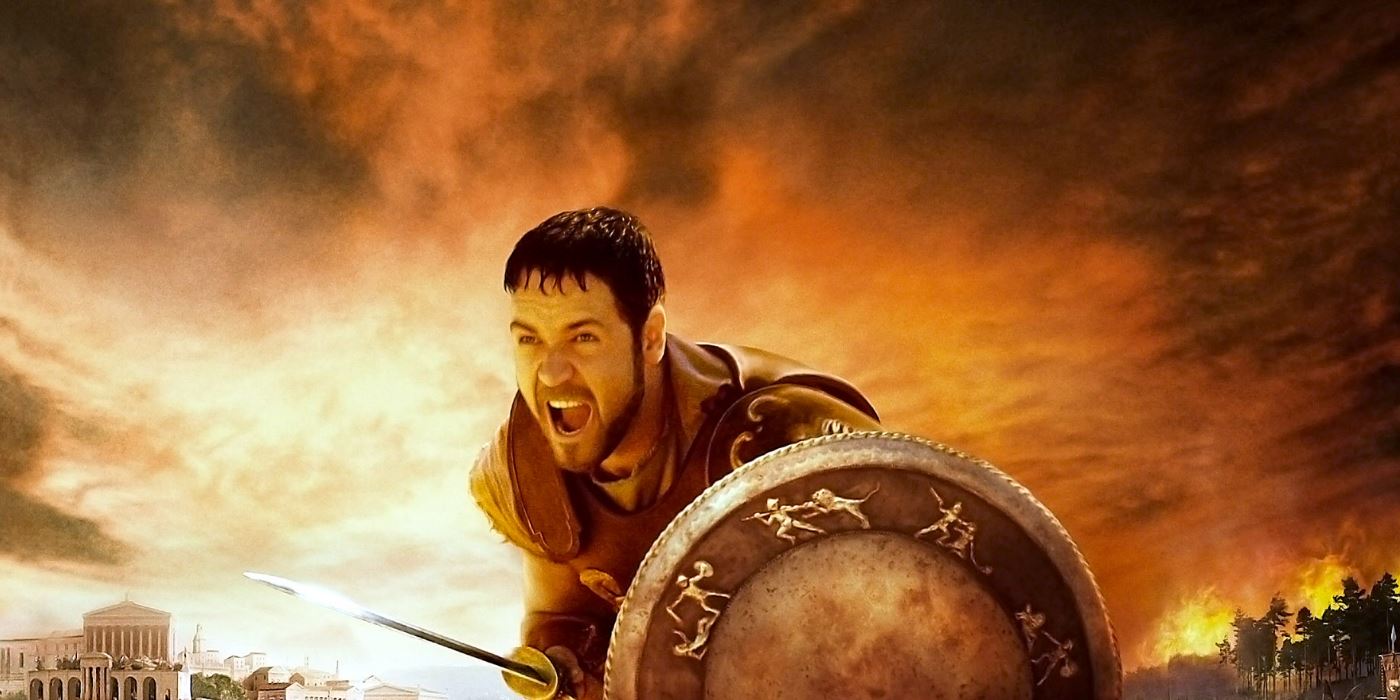 Looking for a film you’ll love for sure? Why not check out movie recommender itcher?

Classics including Spartacus are some of the essential movies like Gladiator (Ridley Scott, 2000) you’ve got to watch, but newer epics like Pompeii reveal a fascinating side of Ancient Roman life, too. ~ Jane Howarth

What Do You Look for in Films Similar to Gladiator?

I decided to take another look at the movies which reminded me of the Russell Crowe epic, and realised something surprising. Braveheart (Mel Gibson, 1995) and Dances with Wolves (Kevin Costner, 1990) definitely strike the same note, and you’ll find more on these historical epics right here. But with so many movies set in Ancient Rome, those alone gave me more than enough to choose from.

Some of these films follow a similar plot, while others flip elements from Gladiator upside down to show us a different perspective. I think that’s all part of the charm, and I hope you’ll agree.

You and I have a tendency towards corpulence. Corpulence makes a man reasonable, pleasant and phlegmatic. Have you noticed the nastiest of tyrants are invariably thin?

A slave forced to fight as a gladiator tries to overcome the brutality of arena life, eventually rounding up a following of fellow slaves to break out and overturn the cruel society.

Even more amazing, the film’s plot is adapted from a true story, albeit with a few alterations.

SIMILARITY MATCH: 80%
Another life or death Gladiator saga, centring on an enslaved gladiator who encourages others to band together, Spartacus can also boast true inspiration.
***
‘Ben-Hur’ (William Wyler, 1959)

Your eyes are full of hate, forty-one. That’s good. Hate keeps a man alive. It gives him strength…

A prosperous Jerusalem citizen is sentenced to a life of slavery after inadvertently causing an accident, but works hard to earn back his rightful status and rescue his family from misery.

It’s a TV repeat favourite, so I’m guessing that other people have also suffered some form of Charlton Heston saturation. But now’s the time to set that aside, because this movie didn’t collect almost every possible award for nothing.

SIMILARITY MATCH: 60%
This tale of imprisonment, hope, and chariots takes a religious turn, but Gladiator fans should appreciate Ben-Hur’s motivation to return to freedom and family.
***
‘Cleopatra’ (Joseph L. Mankiewicz, 1963)

Your tongue is old, but sharp, Cicero. Be careful how you waggle it. One day it will cut off your head…

The Roman Empire is being torn apart by love affairs and political rivalries. The premise isn’t too close to Gladiator, but you can definitely picture this as the other side of the tough life the captives live, and it’s every bit as treacherous.

Initially damaged by a costly production that could never hope to make back its excessive budget, Cleopatra has attracted Oscar nominations, poor reviews, and everything in between. But I’m going to argue that it’s well worth seeing, not just for the spectacle, but for its moments of brilliance.

SIMILARITY MATCH: 60%
Cleopatra takes us inside the Emperors’ palace walls, where life is no less deadly that it is in the gladiators’ arena. Expect opulence in place of endless dust, and lots of drama.
***

These films similar to Gladiator have a different aesthetic, but I think fans will enjoy them, particularly if you’ve seen enough dust and dirt for one day, but you’re not quite ready to leave the Roman Empire.

A bold production of Shakespeare’s tragedy, Titus Andronicus (1594) follows the bloody aftermath of an emperor’s death.

In the spirit of contemporary theatrical adaptations, the film pushes our expectations, setting the action in a Rome composed of various elements from different eras in its history.

Shared themes viewed from a different side of Roman society, with a setting that borders on magic realism.
***
‘Pompeii’ (Paul W. S. Anderson, 2014)

I don’t want to spend our last moments running…

The movie’s team painstakingly researched events from the writings of Pliny the Younger, and based the layout and characters on archaeological findings, so while some aspects of the film spell out ‘modern volcano movie’, it holds on to the feeling that we’re really glimpsing a lost era.

Divided society plays a less pivotal role here, but Gladiator fans should recognise some of the characters types. Both movies also take us back a few millennia to see Roman architecture in full use.
***

The Other Uniting Factor? Talent.

As Jonny notes, Joaquin Phoenix is a versatile actor, and I think he’s just one of the multi-talented stars of the movie. Not only do these ancient epics fictionalise interesting moments in history, they draw interesting actors to carry it off.

This is definitely not a complete list, so which Gladiator-like films would you recommend?
With a whole host of historical epics to choose from, I’m looking forward to finding out which ones you’d rate highly.