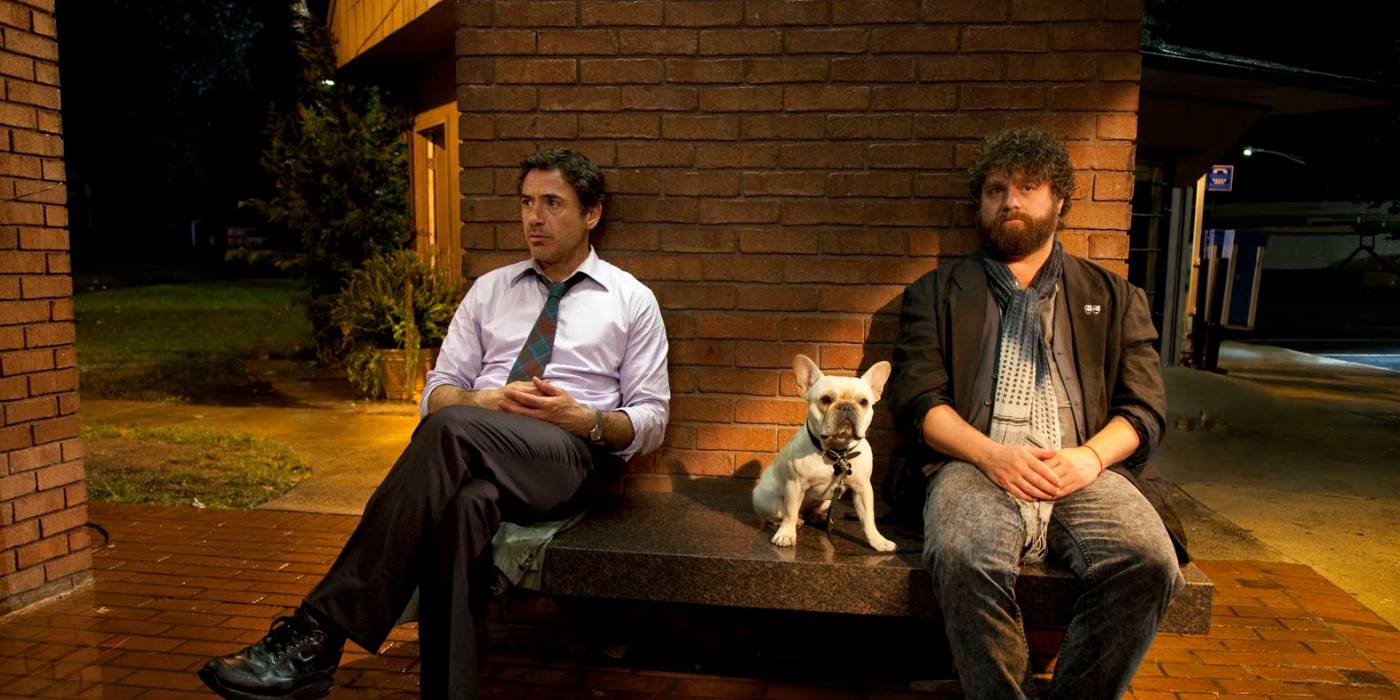 Here are some movies like Due Date that show the open road isn’t always kind but as long as you’ve got your buddies you’ll make it in the end. ~ Andy McKendry

Everyone loves a roadtrip; the open road, travelling with your friends, and the excitement of going somewhere. But sometimes your travelling companions can make something fun into something much more unpleasant.In Todd Philips’s Due Date Peter Highman (Robert Downey Junior is forced to travel with aspiring actor Ethan Tremblay (Zach Galifianakis).

For audiences that love the buddy road trip genre here are some films similar to Due Date – some are funny, some more serious, but all smack of journeying on the open road.

Eighties darling John Hughes directs the hilarious Planes, Trains, and Automobiles. The story follows Neal Page (Steve Martin) who is a control freak and his journey home to his family in Chicago for Thanksgiving.

Things certainly don’t go to plan and Neal has to battle the weather, cancelled planes, and his sanity when he is joined on his trip by the incessantly talkative Del Grifith (John Candy).

Travelling in the holidays is never a good idea and for Neal and his unwanted companion Del everything that can go wrong does making the journey into something much closer to an ordeal.

SIMILARITY MATCH: 100%
Due Date is so similar to Hughes’ Planes, Trains, and Automobiles that it could be read as a homage but the pairing of Martin and Candy ensures that it never comes close to being as good.
***
‘The Guilt Trip’ (Anne Fletcher, 2012)

Perhaps unfairly considered as one of Rogen’s lesser films, The Guilt Trip is a funny (if unimaginative) buddy road trip movie. The story follows Andy Brewster (Seth Rogen) who embarks on a road trip with his mother, Joyce (Barbra Streisand).

Clearly a couple that needs to clear the air, Andy finds himself increasingly aggravated by his mother’s antics. Of course time together can also bring people closer to one another and slowly Andy realises that there may be some method to his mother’s madness.

SIMILARITY MATCH: 100%
Another comedy focused road trip movie, this one differs from Due Date only in the characters depicted.
***
‘The Blues Brothers’ (John Landis, 1980)

A surreal music filled epic, The Blues Brothers is (for good reason) a classic in the history of cinema. Jake (John Belushi) is released from prison and he reunites with his brother, Elwood (Dan Akroyd) to save the orphanage that they grew up in. The brothers have to find $5,000 to pay the taxes owed.

Relying on slapstick comedy, bizarre set pieces, and its charming characters, The Blues Brothers is a cult classic that will satisfy any fan of the buddy road trip genre.

SIMILARITY MATCH: 80%
The Blues Brothers is an infectious comedy and its epic finale, underscored by fantastic musical performances, and helmed by two of comedy’s greats, is thrilling cinema indeed.
***
‘Midnight Run’ (Martin Brest, 1988)

Robert De Niro stars as Jack Walsh, a bounty hunter tasked with finding a mob accountant named “The Duke” (Charles Grodin). It’s a simple premise and the narrative doesn’t really get any more complicated but Midnight Run works so effortlessly because of the performances themselves.

It’s a funny film and it manages to combine the genres of comedy and action together well. The chemistry is good, the script is original enough, but Midnight Run is better than the sum of its parts and it stands as a notable example of the buddy road trip genre that did so well in the eighties.

The road trip genre is well covered in film and it often has a comic edge to its narrative.

That’s not always the case however and here are some other movies like Due Date, they share a similar genre but the tone is markedly different.

A story about two guys hitting the road on Harley Davidsons is perhaps one of the most American narratives there is and Easy Rider stands as a great example of American New Wave cinema.

Easy Rider is a far darker exploration of America than the comic Due Date.
***
‘Sideways’ (Alexander Payne, 2004)

A writer takes his soon to be married friend on one-last wine tasting trip. Sideways is a touching tale of two men bonding on an alcohol fuelled road trip.

Darkly comic, Sideways isn’t quite the laugh out loud comedy that Due Date is.
***
‘Withnail and I’ (Bruce Robinson, 1987)

A personal favourite of mine, Withnail and I isn’t quite a road trip movie but it does come close. A story of two down and out actors in the late sixties, it’s a hilarious examination of life at the end of the decade of love.

Funnier than Due Date but far more serious at the same time, Withnail and I perfects the dramedy genre.
***

Due Date is a funny film with great performances and it sits comfortably with plenty of films in the buddy road trip genre.If you want to explore this genre further then I would recommend starting with Planes, Trains, and Automobiles. It’s an intensely comic film that set the bar high for road trip narratives.