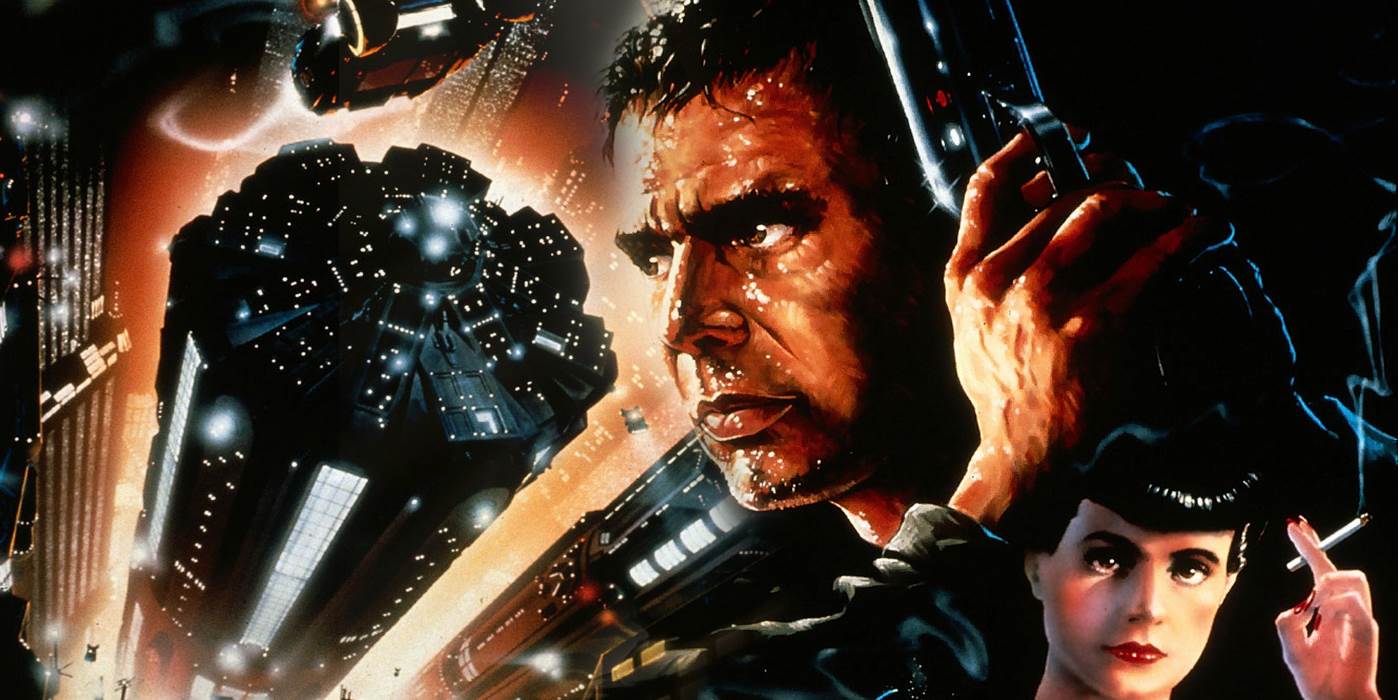 
Here are our choices of films similar to ‘Blade Runner’ that are set in a dark, dystopian world. From blockbuster hits to slightly more obscure choices, these films should be on the top of your list if you enjoyed the world depicted in ‘Blade Runner’.~ Craig Frame

Released in 1982, ‘Blade Runner’ is considered to be a neo-noir dystopian science fiction film. It follows Rick Deckard (Harrison Ford) as he hunts down ‘replicants’ who have illegally returned to earth from off-world colonies where they are permitted to work.

Dystopian Sci-Fi is a favorite of mine, so here is my handpicked list of other movies like ‘Blade Runner’ for you to check out!

Based on the writing of Philip K. Dick ‘Do Androids Dream of Electric Sheep’, ‘I, Robot’ is set in 2035 in a world in which intelligent robots are put to work in menial public service positions operating under strict rules to ensure the safety of humans.

Will Smith stars as Detective Del Spooner who, along with a robot expert (Bridget Moynahon), is tasked with investigating the apparent suicide of the founder of the company that creates the robots.

’12 Monkeys’ is set in 2035, when a virus has forced survivors to live underground. Scientists have made a form of time travel to send ‘James Cole’ (Bruce Willis) back to the 1990s to find out more about the virus and those who created it.

But time travel is trickier than it seems, which sets in motion this dystopian time-travelling adventure with other lead roles played by Brad Pitt and Madeleine Stowe.

The film is set in a world in which humans are restrained through mandatory medication that controls emotion and an army of android police.

SIMILARITY MATCH: 65%
The film deals with the dangers of androids but doesn’t share the noir elements of ‘Blade Runner’.
***
‘Dark City’ (Alex Proyas, 1998)

Before ‘I, Robot’, Alex Proyas directed this much smaller budget neo-noir sci-fi movie. A complicated tale featuring Rufus Sewell as a man that is being pursued for murders that he may or may not have committed by a group called ‘The Strangers’.

Set in a nightmarish future world with no sun, the film barely recouped its initial budget at the box office but has gone on to achieve critical plaudits and cult status among sci-fi fans.

SIMILARITY MATCH: 60%
The film follows a man on a mission in a dystopian future-world but doesn’t share the A.I. elements.
***

Here is a selection of films that in some way have a similar overall tone to ‘Blade Runner’ without necessarily having the same themes or dystopian setting. Definitely check them out if you are a fan of ‘Blade Runner’ or any of the films already listed!

Joaquin Phoenix falls in love with his new operating system.

So, there you have it: a list of some dark Sci-Fi films that are similar to ‘Blade Runner’ for your viewing pleasure.

‘Blade Runner’ is definitely one of the first and best of the genre, but there are definitely plenty of others to look out for. I hope you dive in and enjoy the choices I’ve laid out for you!

Are there any dark sci-fi films we have missed out?