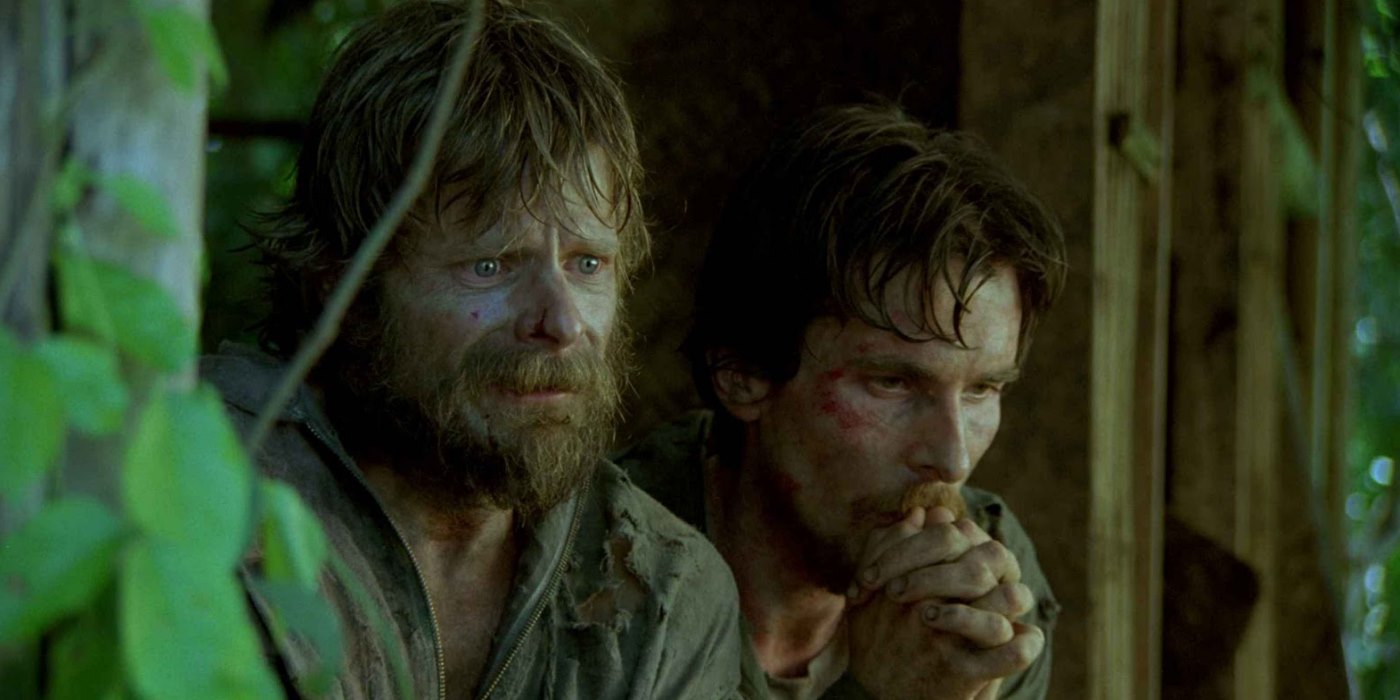 
Sometimes, war is the true enemy. For fans of the war movie genre, here are some movies like Black Hawk Down.

In Black Hawk Down (Ridley Scott, 2001), elite American soldiers are caught out by tactical guerrilla warfare and insurgents in a Somalian city.

Based on real events that occurred in 1993, the US army has to battle against heavy fighting when two of its Black Hawk helicopters are shot down.

War is an experience that most of us (fortunately) won’t have, but there are plenty of movies that allow us a glimpse, a simplistic understanding of the chaos, and a vicarious immersion into its terrifying waters.

Let’s look at some films similar to Black Hawk Down that show that contemporary warfare is as out of control and dangerous as it has always been.

A story that tells the tale of US POWs during the Vietnam conflict, Rescue Dawn provides a more human touch to the war movie genre.

Focusing on downed US pilot Dieter Dengler (Christian Bale), the narrative follows his attempts to maintain the morale of his fellow POWs and to escape the Viet Cong.

Torture, psychological pain, and the threat of death ensure that Rescue Dawn is a tense, nail-biting thriller.

SIMILARITY MATCH: 70%
Rescue Dawn is a more realist piece of cinema than the gung-ho Black Hawk Down, but both tell a similar tale of courage under extreme circumstances.
***
‘Brotherhood’ (Kang Je-gyu, 2004)

Brotherhood is a Korean war movie detailing the conflict in the fifties between the North and South of the country. It is the story of two brothers who are drawn into the war that tore the country apart.

This is a film that is epic in scope but touching in its humanity. It depicts a country in the throes of an existential crisis and it shows the effect on the people themselves.

Stark, overwhelming, and powerful, Brotherhood explores the legacy of combat on the soldiers themselves.

This is a movie about idealism and the speed at which it fades when presented with the horrors of war.

Charlie Sheen stars as a young recruit in the United States army who gives up a university degree to fight in Vietnam. He soon discovers that there is no morality or purpose to his actions.

Less a war movie and more a didactic message on the nature of war, Oliver Stone delivers a political film that is damning in its critique of the Vietnam War and conflict in general.

SIMILARITY MATCH: 60%
Black Hawk Down portrays a particular American conflict as a success; Platoon does the exact opposite in its nightmarish depiction of contemporary warfare.
***
‘The Thin Red Line’ (Terrence Malick, 1998)

More concerned with a philosophical exploration of warfare, Malick’s beautifully crafted The Thin Red Line is a film that discusses the conflict, rather than depict it.

Malick carefully constructs a film that shows just how destructive humanity can be and how dreadfully we harm the natural world.

The Thin Red Line is a war film that challenges Goddard’s assertion that we can’t make an anti-war movie and it unfolds with a grace and poise that stands in marked contrast to the chaotic warfare it depicts.

SIMILARITY MATCH: 50%
Less a war movie and more a philosophical statement, The Thin Red Line is a stunning film that uses the movie format to explore the concept of war.
***

Here are some other movies like Black Hawk Down that have a markedly different perspective.

Starring Jake Gyllenhaall, Jarhead is about U.S. soldiers sent to fight in the first Gulf War.

Jarhead is effectively a montage of soldiers training for a conflict that they will never fight in; this is a film that shows the futility of war.
***
‘Buffalo Soldiers’ (Gregor Jordan, 2001)

A tale of soldiers in Germany 1989 during peacetime, Buffalo Soldiers concerns itself with the boredom that combat troops feel when they have nothing to do.

Morally bankrupt soldiers, missing supplies, and a thriving black market ensure that Buffalo Soldiers is a film that portrays a very different vision of US combat troops to Black Hawk Down.
***
‘Three Kings’ (David O Russell, 1999)

Dealing with bigger socio-political issues but with a grin on its face, O Russell’s Three Kings is both an enjoyable romp and a scathing indictment of American foreign policy.

Don’t let the tone fool you: this is a clever film. It’s intensely enjoyable, and although at times comic, it’s a film that provokes thought.
***

Many of the films mentioned above mean a lot to me but some stand out above others. If you want to explore the war movie genre further, I would recommend starting with Oliver Stone’s Platoon. It is one of the finest war stories captured on film and its heart-breaking tale of soldiers far from home will never get old as long as we keep fighting.

What are your thoughts? Love war movies and feel that I’ve missed out some from this list?

Get in touch with a comment and let’s have a conversation.