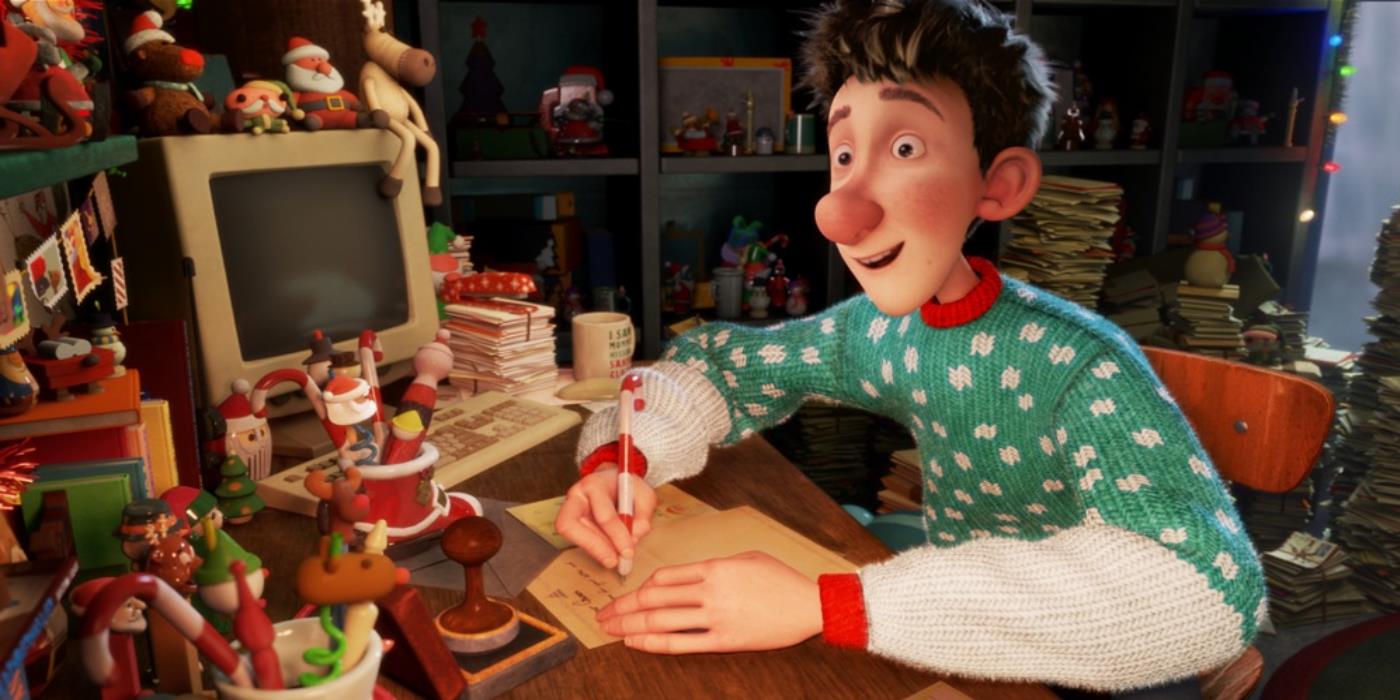 Looking for movies like Arthur Christmas (2011)? We’ve got you covered! The Aardman movie is a sweet, original imagining of life at Santa’s workshop, helped along by well known voices. But if you’ve already watched it this holiday season, try Olive, the Other Reindeer (1999) or The Elf That Rescued Christmas (2011). ~ Jane Howarth

Arthur: There is a Child without a present!
Steve: Arthur! Christmas is not a time for emotion!

Join me on five stop motion and CGI journeys, as we meet more of the North Pole’s misfit residents.First up, three fun movies, each with a stellar cast.

The animation style is fun and quirky, while the characters are sweet and a little offbeat.

Like Arthur Christmas, UK viewers and Anglophiles will have fun identifying the celebrity voices. Jane Horrocks, Ardal O’Hanlon, Robbie Williams and more stars of British TV and music put in an appearance, though some of the names have been a bit quiet since the ‘90s.

The laws of breaking and entering, as they pertain to Santa, are unclear.

A Christmas-loving dog called Olive, voiced by Drew Barrymore, hears that one of Santa’s reindeer can’t fly this year. Thanks to a misunderstanding, she thinks her reindeer services are required and heads off to the North Pole to help.

The story is adorable, and I just want I adopt Olive as a pet, but the animation itself is something special. You’ll notice the cardboard cut out effect right away, in a movie that was made with a combination of CGI and traditional animation.

SIMILARITY MATCH: 60%
Closer to the heritage of Rudolph the Red Nosed Reindeer, but the plot and animation should suit Arthur Christmas fans.
***
‘Second Star to the Left’ (Graham Ralph, 2001)

Barbara Windsor, Hugh Laurie and Mark Williams lend their voices to three animated pets who discover a missing present, dropped en route. So the three fuzzy little chaps set off to deliver it to the recipient.

It’s a really sweet TV movie, and thought it hasn’t attracted the legendary status of BBC animations like The Snowman, it’s a really cute addition to the Christmas Day line up.

And of course, with the story of three unlikely heroes taking on a huge challenge, it’s a great match for Arthur Christmas.

SIMILARITY MATCH: 60%
Stars like Hugh Laurie and another present left behind make this a cute alternative.
***

I can’t promise Aardman animation or the most well known voice actors, but our next movies are fun, Christmassy adventures worth discovering.

In the bright Finnish animation, Santa’s evil twin sets out to destroy Christmas but one little elf resolves to foil his evil plans.

The movie is also known as The Magic Crystal, named for the source of Santa’s magical powers and the object of the evil twin’s plot.

Antti Haikala’s CGI is colourful, cute and filled with adventure – as you can guess from the Grinch-like plot, this is an action packed race against time.

Goodbye, Cornelius. I hope you find lots of tinsel. Goodbye, Hermey. Whatever a dentist is, I hope someday you will be the greatest.

The classic stop motion version might be over half a century old, but I think fans of Arthur Christmas will enjoy the little moments of comedy, peril and sweet Christmas spirit that fill this hour long TV movie.

Rudolph the Red Nosed Reindeer: The Movie (William R. Kowalchuk, 1998) updates the original with an an evil ice queen plot, while John Goodman, Debbie Reynolds and Eric Idle are just a few of the famous names attached to the film.

But I don’t know… for me, it can’t quite match the 1964 movie for pure charm. So my tip? Go straight for this longstanding favourite.

More outright adorable, but still filled with fun and adventure.
***

It Turns out Santa’s Workshop Loves a Nonconformist

It’s not a new idea, as Rudolph proves, but I do love a story about a character who doesn’t quite fit in. Combined with my favourite season, well, I could watch them all day.Looking for more unlikely heroes, without the snow falling behind them? I’ve got just the thing…

What movies do you put on when you’ve already watched Arthur Christmas but feel like something similar? This is your chance to be our Arthur, bringing us the gift of one more movie.

Add your suggestions in the comments. I’m looking forwards to finding some new viewing this Christmas, so make them good!