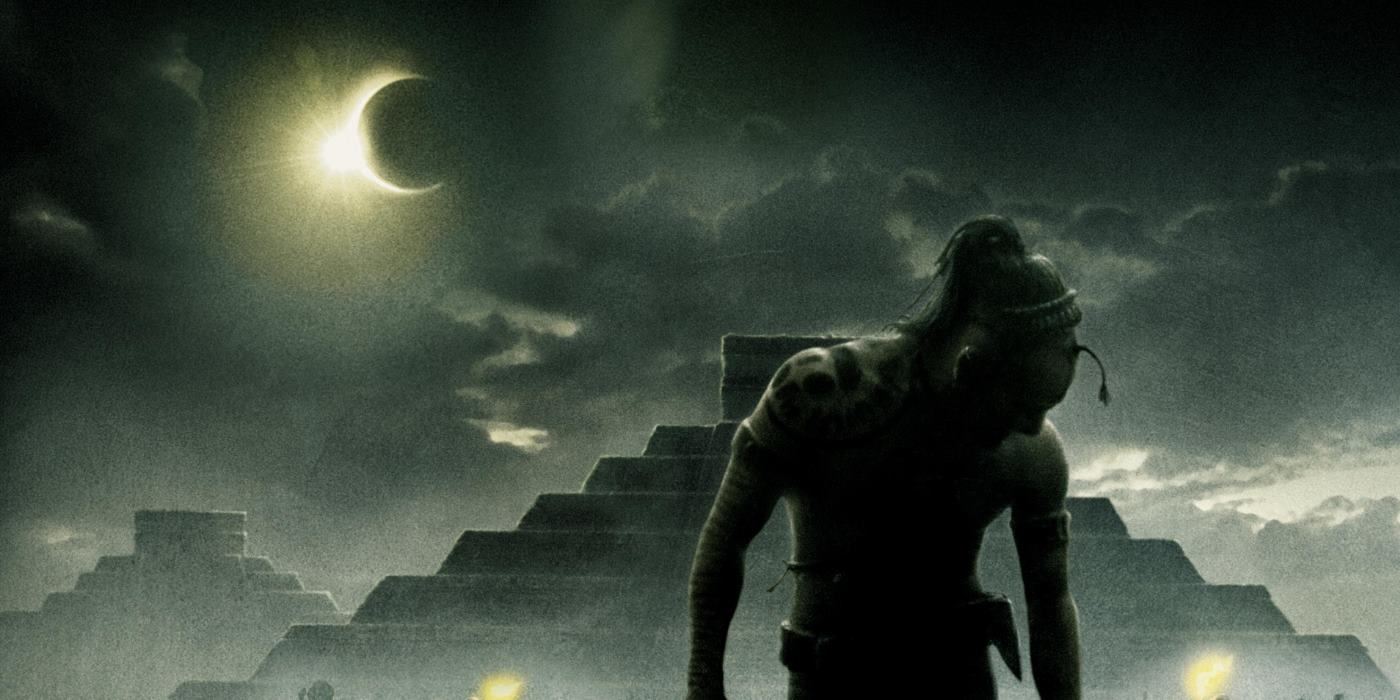 Looking for a gory narrative? Here are some sword-wielding, gun-toting movies like ‘Apocalypto’ for you to sink your teeth into. ~ Andy McKendry

Mel Gibson’s Southern American historical epic is a lovingly crafted film that examines a once-great empire. Set during the waning days of the Mayan civilisation, it’s a film that journeys into the dark heart of humanity.

For those of you looking to watch gritty historical epics, here are some films similar to ‘Apocalypto’.

Terrence Malick’s meditative piece ‘The New World’ is similar to ‘Apocalypto’ in its reliance on cinematography and detailed, lavish settings. The narrative follows the English exploration of Virginia and the life of Pocahontas.

It’s a beautiful piece of cinema but audiences may find the narrative trying at times. Story-wise, the film meanders slowly and lacks a strong build-up or resolution. However, it is also a well-acted film and the performances drive the narrative towards its inevitable conclusion.

SIMILARITY MATCH: 70%
Arguably an auteur piece of cinema in much the same way as ‘Apocalypto’, ‘The New World’ is a stylised account of the well-known story of ‘Pocahontas’.
***
‘Valhalla Rising’ (Nicholas Winding Refn, 2010)

Nicholas Wining Refn is perhaps best know for his Ryan Gosling-led movie, Drive. But before the Danish director brought violence to the LA streets, he made a film about a one-eyed warrior (Mads Mikkelson) captured by Christian fanatics.

Set during the time of the Crusades, ‘Valhalla Rising’ is a film with a particular focus on pacing, the primeval nature of man, and implicit brutality.

This moody and atmospheric piece is more poetic than ‘Apocalypto’s’ stark attempt at realism.

SIMILARITY MATCH: 70%
A tale of captivity just like ‘Apocalypto’, ‘Valhalla Rising’ is notable for its meditative perspective on violence, brutality, and the Middle Ages.
***
‘Brotherhood of The Wolf’ (Christophe Gans, 2001)

A French action-adventure movie, ‘Brotherhood of the Wolf’ is the story of two men sent to kill a beast that’s terrorising villagers and killing women and children.

Set in the 1700s and utilising a bizarre mix of pseudo historicism, science, and Kung-Fu, ‘Brotherhood of the Wolf’ is a heady bit of escapism.

SIMILARITY MATCH: 60%
Not quite the symbolism-driven narrative of ‘Apocalypto’, ‘Brotherhood of the Wolf’ is a far-fetched, genre-bending piece of cinema – it’s a lot of fun.
***
‘Centurion’ (Neil Marshall, 2010)

Neil Marshall is a British director known for his B movie-influenced work. ‘Centurion’ is no exception and it pits a Roman legion against a Pictish enemy somewhere in the dark ages.

It’s a bloody, gory, and sword-swinging epic, but it’s also not quite as smart as ‘Apocalypto’ attempts to be. Instead, ‘Centurion’ is a hacking, slashing, and vibrant piece of cinema that’s distinctly lacking in terms of dialogue and plot development.

‘Apocalypto’ isn’t the simplest film to define and finding movies that follow the same sort of narrative and convey a similar tone isn’t especially easy. However, the blood-soaked Mel Gibson directorial epic does have some notable films that it could happily claim as bedfellows.

The films above show that the historical epic genre is broad and far-reaching. These next films have characters that reach for their swords just as quickly as you reach for the remote.

A man travels through time to find immortality and saves a woman in the process.

Love is important in ‘The Fountain’ and in much the same ways as ‘Apocalypto’, our hero will stop at nothing to save those that matter the most.
***
‘Seven Samurai’ (Akira Kurosawa, 1954)

The titular ‘Seven Samurai’ are tasked with saving a village that’s plagued by bandits and cut throats.

A monk journeys with a group of knights to investigate claims of witchcraft in medieval plague-infested England.

‘Black Death’ is an exciting journey into the heart of Medieval England but it finds its most interesting commentary when it discusses the dangers and the legacy of religious belief.
***

‘Apocalypto’ is notable for its historical tone (perhaps inaccurate) and it attempts to be as realistic as possible in its account of Mayan life.

If you enjoyed Mel Gibson’s movie, then I would recommend watching ‘Valhalla Rising’. It shuns the moral tone of ‘Apocalypto’ and instead revels in naked violence.

Let me know your thoughts in the comment section below.