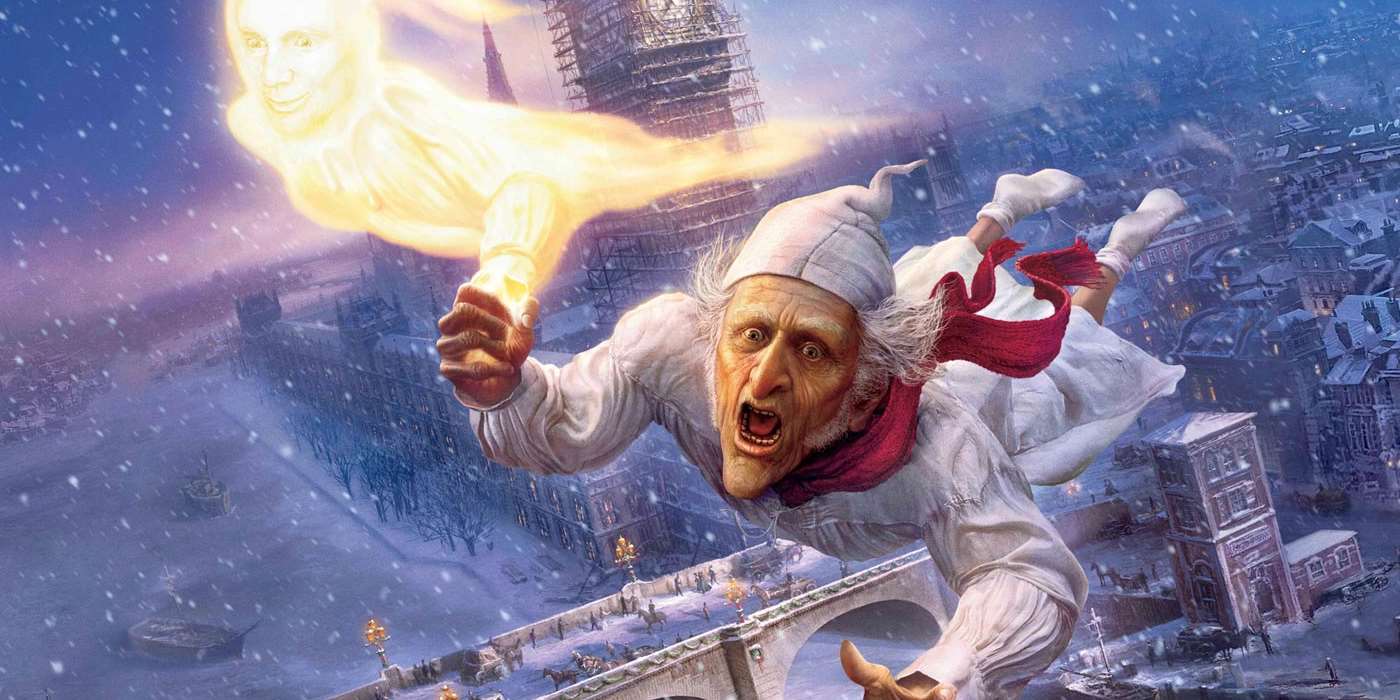 Which screen version of the Dickens classic is your favourite? At the top of my list are the costume classics, so pick up your bonnet and mittens – I’ve immersed myself in the Victorian world of Great Expectations and The Canterville Ghost. ~ Jane Howarth

Which Adaptation Is ‘Your’ One?

You’ll never catch me in here… Christmas Pudding no doubt.

If you’re looking for festive animation extravaganzas from Christmas movies like A Christmas Carol (Robert Zemeckis, 2009), book adaptation The Polar Express (Robert Zemeckis, 2004) is the perfect partner (don’t forget to also check out these similar movies). Movies like Arthur Christmas (Barry Cook, Sarah Smith, 2011) might just be what you’re looking for too.But if you’ve got one of the more traditional versions in mind? Step right this way…

When I started to think about alternatives to A Christmas Carol, I was thinking purely in terms of holiday movies. And then I realised that, while that special time of year was the catalyst for Ebenezer Scrooge’s ghost-ridden journey, that wasn’t all that defined it.

In fact, there were other movies that seemed to share more in common with it. As Mel will tell you, Charles Dickens penned many more ghost stories, but not all of them have made it to the screen. So let’s cast the net a little wider.

These Victorian set films aren’t draped in holly, but they are perfect midwinter viewing, and I think you’ll enjoy them.

Movies Similar to ‘A Christmas Carol’…

Alright, I admit it – you won’t find any outright ghosts here. But between Pip’s eerie encounter on the marshes and Miss Havisham’s decaying mansion, there’s more than enough promise of something weird to fill the space of Marley and crew.

Pop over here for more movies with a gothic feel.

SIMILARITY MATCH: 80%
Good, evil and unsettling events make Mike Newells’s Great Expectations one of my favourites – and a wonderful match for A Christmas Carol.
***
‘The Canterville Ghost’ (Sydney Macartney, 1996)

Neve Campbell plays a Victorian era girl who moves from America to a Victorian mansion, where she befriends its resident ghost, in the form of Patrick Stewart.

Like A Christmas Carol, The Canterville Ghost put spirits together with characters we can care about – in particular, the timid ghost.

I loved this movie growing up, and while there’s a touch of the ‘90s about it, I think it’s still a great family movie that strikes a great balance.

With a cast including Ben Kingsley as Fagin, Roman Polanski’s high quality production edges towards the darker side of Victorian London. In the crowd of Oliver Twist movies, this one has been noted for its harsh realities.

Sharing an author, there are natural similarities, but this movie also approaches Scrooge (Brian Desmond Hurst, 1951) in terms of miserly characters and isolation. Can’t you just feel the loneliness of those same London streets?

But then again, it also delivers on redemption, so you can happily watch it without ending your Christmas on a gloomy note.

SIMILARITY MATCH: 60%
Like the best of the classic adaptations, this movie combines sympathetic characters with tough realities and choices.
***

No ghosts here, but our next two movies have 19th Century origins you can’t miss – and both are ideal viewing for a snowy afternoon.

A young New York boy discovers he is the heir to an English estate and title, but his new life’s not going to be an easy ride. Just one of his problems is the curmudgeonly grandfather who he now has to learn to understand.

Going way, way back, this black and white movie was the first production to appear from Selznick International Pictures, who would go on to create Gone with the Wind (Victor Fleming et al, 1939).

Based on the 1886 novel by Frances Hodgson Burnett, it’s perfect holiday viewing if you’ve looking for a classic to add to your collection. If your favourite version of A Christmas Carol will forever be one of the earlier productions, look no further.

SIMILARITY MATCH: 60%
Victorian origins and the tale of a gruff gentleman learning to accept family and kindness make this movie an unexpected match.
***
`The Nutracker: The Motion Picture´ (Carroll Ballard, 1986)

Clara’s magical uncle stirs up all kinds of Christmas Eve trouble when he brings her a gift from his travels. After night falls, she finds herself transported to a miniature world of dancing snowflakes and sleigh rides.

One of my favourite classic Christmas movies, The Nutcracker, interprets both the Tchaikovsky ballet and, in turn, a short story.

Originally brought to readers as The Nutcracker and the Mouse King (E. T. A. Hoffman, 1816), the story was later adapted by the senior Alexandre Dumas, before evolving into the form we know today.

SIMILARITY MATCH: 40%
A different kind of story, but one that lives up to the glorious Christmases we drop in on with Scrooge in the jollier adaptations of A Christmas Carol.
***

Grab Your Bonnet and Skates

They’re not all carbon copies of A Christmas Carol, but I think they definitely overlap. So if you feel like spending the season in a world of lush costumes, twisting streets and imposing mansions, I hope you’ll join me with these movies.

Which Adaptations Are You Watching?

I know there are so many more movies out there, whether they’re made to be festive or they’re just the sort of viewing that’s perfect for those wintry evenings.

Now it’s over to you…

Which Christmas movies like A Christmas Carol would you recommend?

Let us know in the comments.