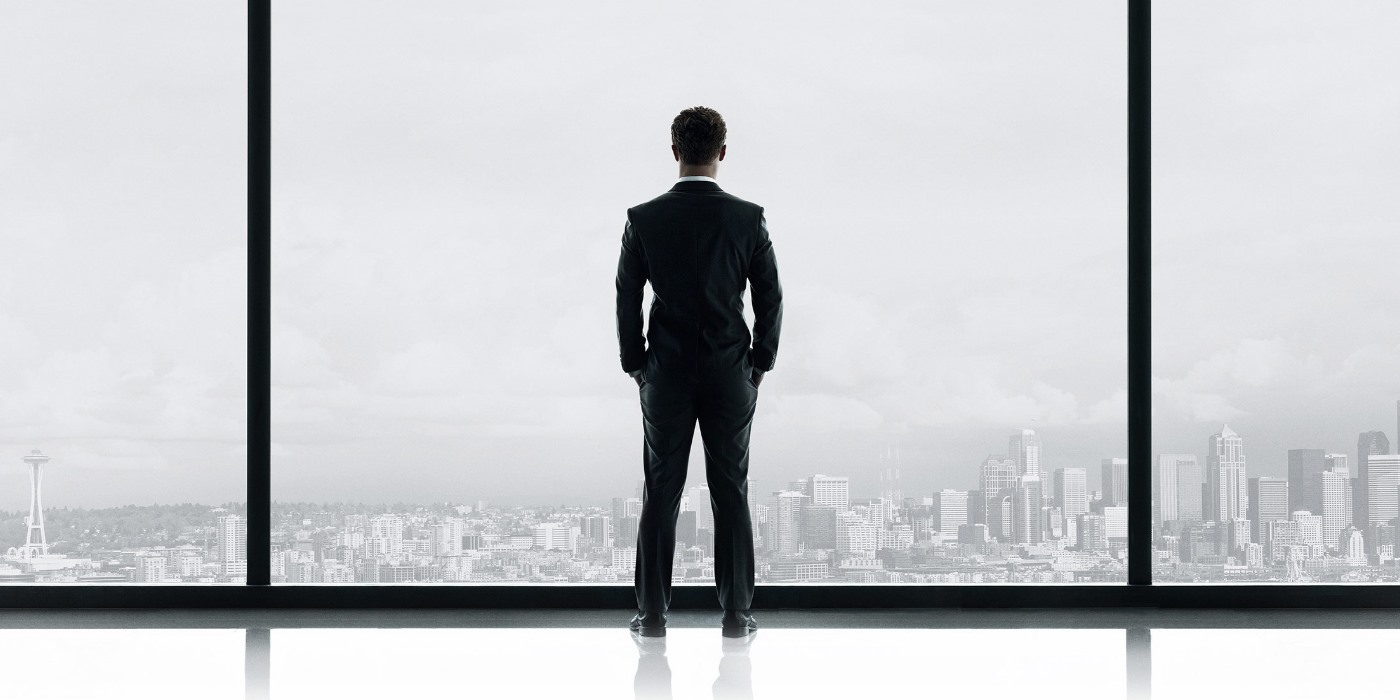 A narcissistic and manipulative man? Check. Naive and impressionable young woman? Check. Ladies and gentlemen, I give you some titillating classics like 9 ½ Weeks and Secretary, but also some more exotic titles like L’Amant and Kama Sutra. ~ Paola Bassanese

Beyonce Spices up the 50 Shades Soundtrack with Some Steamy Tunes

Before looking at my selection of movies like Fifty Shades of Grey, I’d like to mention Beyonce, who re-recorded her 2003 hit Crazy in Love for the 50 Shades of Grey soundtrack and created a storm when releasing a trailer teaser on her instagram account.

The most recent trailer features another Beyonce song, Haunted.

Handsome Jamie Dornan is Christian Grey – but in my humble opinion, the movie 50 Shades of Grey could have been improved dramatically by casting Michael Fassbender for the lead role. Just saying.

I tried to watch Emmanuelle as part of the research for this article and had to skip most of it: it’s a pathetic excuse of a film!

First of all, it’s from the 70s (no need to repeat myself); second of all, a film that condones rape is simply appalling; finally, it objectifies women and has a very narrow world view (similarly to Bertolucci‘s hedonistic view of women and landscapes).

Now, let’s now move on to movies like 50 Shades of Grey that you should watch.

These films like 50 Shades of Grey tick all the boxes (or spank all the bums, whichever way you want to play it).

Mickey Rourke said in an interview (where he looked remarkably like fashion designer, John Galliano!) that he wanted to go beyond Last Tango in Paris, and so did director Adrian Lyne. Thankfully, Kim Basinger was the voice of reason and kept things classy!

9 ½ Weeks is a movie like 50 Shades of Grey that features an experienced sex addict (Mr John Gray, played by Mickey Rourke) and a naïve younger woman, Elizabeth (Kim Basinger). The movie is beautifully shot and follows the protagonists and the development of their relationship.

I must take a little detour just for one minute and draw your attention to the film’s fantastic soundtrack, including:

– Joe Cocker, You Can Leave Your Hat on
– Bryan Ferry, Slave to Love
– Eurythmics, The City Never Sleeps
– John Taylor, I Do What I Do

Let’s take a trip to India now: this is one of my favourite movies, and, although it’s not as saucy as you may think, Kama Sutra is worth watching because, unlike 50 Shades, its directed by a woman. Finally, a movie by a female director!

If you look at the negative reviews for this film, they are mostly from male viewers who expected a lot of sexual content. Mira Nair has managed to treat the subject matter with a delicate touch and, most importantly, has covered the spiritual side of sex.

Without wanting to spoil the ending, the protagonist, Maya (played by the beautiful Indira Varma), gets her spiritual awakening and realises that her true nature resides in her soul, not her body.

Ramon Tikaram is Maya‘s handsome object of her affection, and you will recognise Naveen Andrews (who plays the king) as Sayid from the TV series, Lost.

The theme of sexual domination and mind games continues: Secretary is an intelligent movie about attraction and power games in the office.

I saved the best for last: this movie has a wonderful vintage look (the typewriter, the mahogany desk) which makes it timeless. It is almost suspended in a bubble.
Maggie Gyllenhaal is hypnotic and you feel you are stepping in her shoes as she deals with her infuriating boss, her wet blanket boyfriend and her anxious mother.

By the way, if you get a chance watch her in the TV drama The Honourable Woman – her British accent is impeccable.

Secretary is a far superior movie to Last Tango and 9 ½ Weeks because it also tackles mental health in a sensitive way.

Lee (Maggie Gyllenhaal) has been released from a mental health hospital and wants to start a new, “normal” life. Is she simply the vulnerable victim of her aloof boss or is she transforming her Mr. Grey through her love and devotion?

Not the type of film you would expect from Philip Kaufmann (yes, the same director of Indiana Jones!), The Unbearable Lightness of Being is the film adaptation of Milan Kundera‘s novel.

I first watched it almost 30 years ago and found it slightly confusing as it didn’t quite follow the same path as the book. Nevertheless, it’s a rather gripping movie if you like your grey matter tickled.

Lena Olin is hypnotic and her role is fabulous – hat off (well, she gets to keep her hat on!) to her and her embodiment of female empowerment. A fresh-faced Juliette Binoche teases the overly aloof Daniel Day Lewis in their Prague apartment.

The film is intelligent, has depth and plenty of historical context. Highly recommended, especially for the wonderful original soundtrack by Leos Janáček.

Beautifully shot on location in Vietnam (formerly French Indochina) but a bit boring in places, L’Amant is a good match to 50 Shades because of the theme of a man initiating a younger woman into the art of love.

Like 50 Shades, L’Amant is the movie adaptation of a book (L’Amant by Marguerite Duras).

OK, so you may find yourself drifting off in places, but the saucy scenes between Jane March and Tony Leung Ka Fai are electric. I wish the male lead was played by John Lone… oh well, you can’t have it all.

I never understood the casting for Last Tango in Paris.

Marlon Brando was 48 at the time of filming and was not the same heart throb from A Streetcar Named Desire anymore. He was totally dishevelled and in my eyes, was not a credible male lead playing against the then 19-year-old Maria Schneider, who was so emotionally traumatised from her role, she had a breakdown.

Then again, it’s a matter of personal taste. Many critics said this was one of Brando‘s finest performances.

The story is about a recently widowed mature man who meets a much younger woman and uses her to act out his sexual fantasies. You will feel uncomfortable at some of the scenes and that was exactly what Bertolucci wanted – to provoke a reaction.

Unfortunately, this film is from 1972, which means it’s from “the worst era of cinema in my opinion” (more on that in my article). I just don’t understand how the sexual revolution from the late 60s got completely wiped out by the 70s when women in films were depicted mostly as sexual objects.

In my opinion, Bertolucci used the film to channel his own sexual fantasies; you just need to look at Stealing Beauty (1996) to notice this theme. Speaking of which, the movie Stealing Beauty stars Jeremy Irons, who famously played Humbert Humbert in Lolita (1997), the movie adaptation of the Nabokov book about a mature man taking advantage of a very young girl. What a coincidence that Lolita was directed by Adrian Lyne, who’s also responsible for 9 ½ Weeks.

Titillometer Rating: 60%
More appealing to a male audience, but the titilation element still gets chins wagging 40 years on.

Fancy more of those titillation goosebumps? Take a look at our suggestions for movies similar to Secretary.

Wait, we forgot about one more category!

Alas, I have now run out of space here to write about those films here but you can check out my article on Movies like American Pie.

And now… Let the Show Commence!

Which of these movies takes your fancy (or spanks your bum)?

Don’t forget to leave a comment (but keep it classy, please!).

Want More Fifty Shades…?
Then please make sure you also check out our Great Books Like Fifty Shades of Grey article.