4 Sweet Movies like Leap Year That Will Make You Smile

Wondering which movie to watch next? Let itcher suggest a movie tailored to your personal taste.

‘Leap Year (2010)’ is a sweet comedy about “boy meets girl and they can’t stand each other at first but it doesn’t matter anyway because girl wants to propose to another guy”. ~ Paola Bassanese 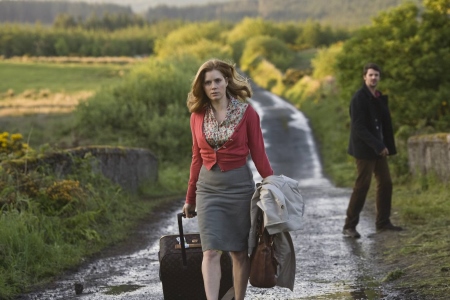 Directed by Anand Tucker in 2010 and starring Amy Adams and Matthew Goode, ‘Leap Year’ almost has an “indie” feel about it, even though it’s pretty mainstream.
What I mean here is that the plot is fairly original and pokes fun at the protagonist, ‘Anna’, a perfectionist and highly strung woman who decides to propose to her boyfriend. In an interview about ‘Leap Year’, Matthew Goode explained how his character is a bit of a loser who wants to “make good”.
Let’s see what other similar films to ‘Leap Year’ manage to have the same “feel” about them.

I’d rather fight with you than make love with anyone else.

I know it’s an easy choice, but it makes sense to pick ‘Wedding Date’ as your next film to watch after ‘Leap Year’. The main reason? It also stars Amy Adams.

The cast includes Debra Messing (from the popular TV series, ‘Will and Grace’), Dermot Mulroney (speaking of TV series, did you see him in ‘New Girl’?), Jack Davenport (anyone remembers the mid-90s TV series ‘This Life’?) and Jeremy Sheffield (also a TV personality from ‘Coronation Street’ and ‘Hollyoaks’).

Both movies involve a wedding, although in this case, the story is more about sabotaging a wedding!

Let’s stay on the theme of weddings – this time, it’s J-Lo vs Matthew McConaughey.

Plenty of mishaps –  the protagonists meet when ‘Mary’ (Jennifer Lopez) loses her shoe and ‘Steve’ (McConaughey) rescues her from imminent danger.

I like this movie because it shows J-Lo as accident-prone and less-than-perfect… a big change from her usually super-polished public persona!

In terms of the story, it’s the usual run-of-the-mill wedding preparations chronicle but there’s a bit of humour and that saves the day.

[holding Holly by the shoulders] What do you want? I know what I want, cause I’m holding it in my hands.

This is more of a bitter-sweet rom com: a woman receives a series of letters from her late husband.

On paper, this script is head-scratchingly simple: it’s about a husband writing to his wife before he died to help her with the grieving process. The clever thing about this film is the use of flashbacks and the narration of how the lead character ‘Holly’, played by Hilary Swank, builds her life back.

I’m happy to report that I am not the only one who thinks Jeffrey Dean Morgan is the spitting image of Javier Bardem! I thought I was going crazy and had to pinch myself when I saw this movie, I thought Bardem was doing a great Irish accent!

Some of the scenes are also shot in Ireland, which also makes it one of the movies just like ‘Leap Year’.

You’re nothing to me until you’re everything.

This is a bit of a “Brucie bonus” (for those of you reading outside the UK, Brucie is the nickname for TV presenter Bruce Forsythe who created the catchphrase “Brucie bonus” for his show, Play Your Cards Right).

I did mention at the beginning of the article that the character that Matthew Goode plays in ‘Leap Year’ is a bit of a loser. Also, Amy Williams plays his love interest.

So, I put two and two together and I thought of including ‘American Hustle’ here because it’s the story of a bunch of losers and con men (and women) who are obviously infatuated with each other. As a result, there’s plenty of hilarious moments due to their mishaps.

The film is totally shambolic but also totally captivating. It’s almost like a massive soap opera with brains, the FBI, and the mafia all rolled into one.

These are my suggestions, are they enough? Or do you need a bit more? Don’t forget to leave a comment and let me know, thanks!
**For a video playlist of the recommendations, please click here.