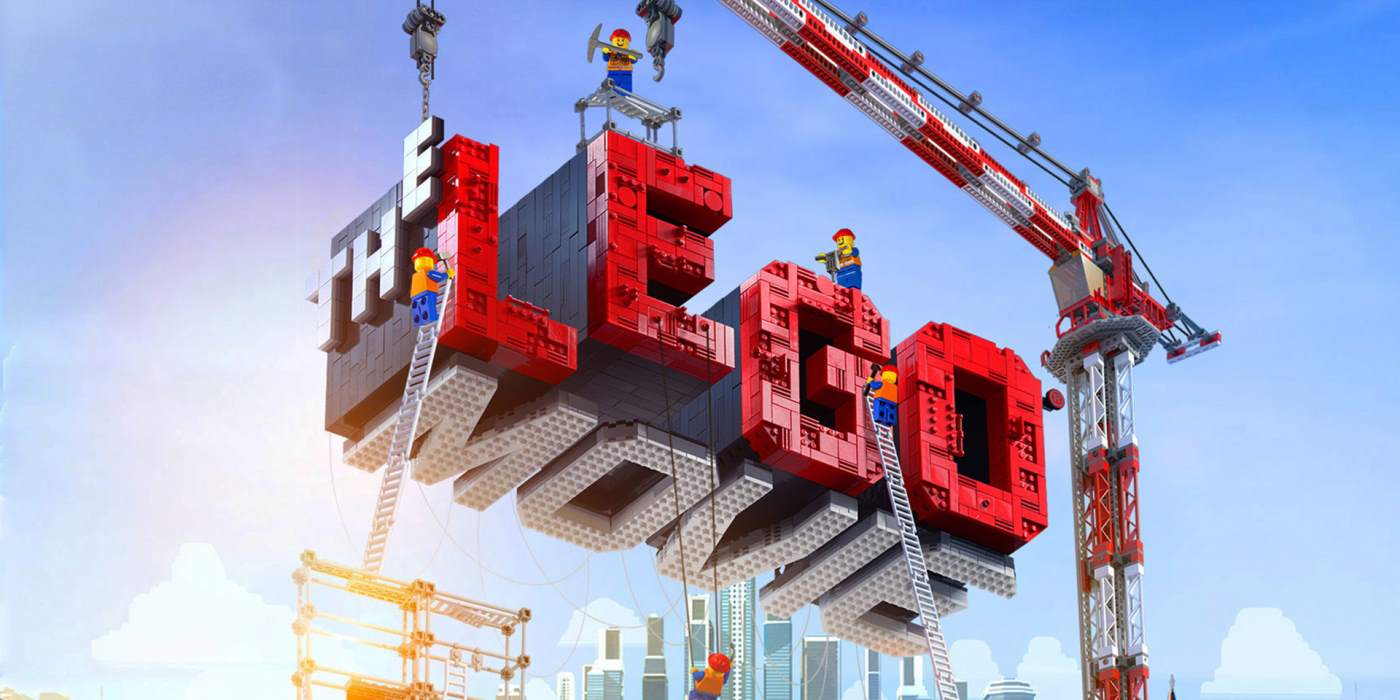 LEGO Marvel Super Heroes is ruler of the LEGO universe… at least for now. ~ Zoey Hughes

Despite loving more niche games and those that tax my brain, sometimes I just want to kick back and relax.The one series that keeps on giving in my eyes is the LEGO franchise, and that’s why I’ve compiled this list of best LEGO video games.

The LEGO games are family friendly platformers filled to the brim with collectible goodies and familiar faces.

They may not be AAA titles but we all need a giggle now and then. 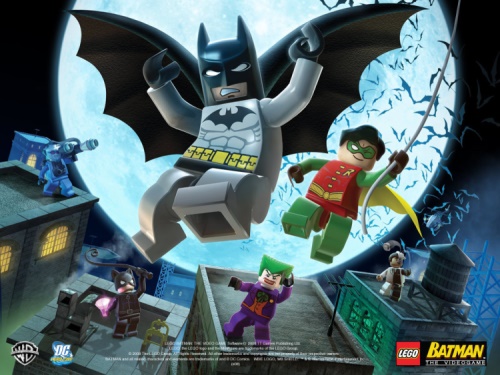 Arkham Asylum may have been a stratospheric success, but it’s not the only entertaining game franchise that features the caped crusader.

LEGO Batman: The Videogame was unusual because it was the first game in the series that didn’t follow a movie plotline.

Without a popular film to parody this game did fall a little short on the comedy and drama stakes, but the enjoyment of playing as the Riddler, the Joker and, for that matter, driving the Batmobile means this still comes in as a solid game, which leads up to… 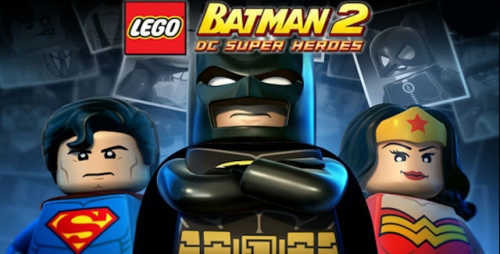 Yep, it’s back already, and it can claim another first; LEGO Batman 2 was the first game in the series to have proper voice acting.

Up until this entry humorous noises and grunts were the only communication available.

Of course, with yet another non-movie led story this was an essential step to get across the plot, but not everyone was thrilled by the idea.

It at least allowed for more complex tales to be told, and opens up the franchise options immensely.

Whilst it might have been a bit glitchy, gameplay-wise this game is a lot of fun, even for those not that impressed with DC’s character line-up.

Actual voice acting led this game to enhanced story telling but not everyone was pleased.
***
8. LEGO Indiana Jones: Original Adventures Indiana Jones is an amazing creation.

I’d often prefer to do the ironing than to sit down and watch a non-animated movie but even I adore the original trilogy of Indy movies, and I think that goes a long way towards explaining how much I enjoyed this game.

Whilst this is now quite a dated title (before the free-roam worlds became standard issue) this is definitely worth a play if you’ve watched the movies.

I’m not sure how, but LEGO seems the perfect medium to capture the adventure of Indiana Jones and with laughs a plenty, you’ll love acting out all those oh so iconic moments from the films.

Indy is a legend so it’s no surprise running through the movies in LEGO is an awesome experience.
***
7. LEGO Star Wars II: The Original Trilogy Award-winning and amazing, LEGO Star Wars II was where it all began for LEGO’s success.

If you enjoy the LEGO games and haven’t played this you’re missing out.

This game might not have had voice acting but it really didn’t need it.

The grunts and groans easily tell the story in a clear and comical way, and you can’t help but be swept up in the fun of bouncing gun blasts off of your lightsaber.

This may surprise you, and is certainly something that makes my friends despair, but I’ve never seen a single Star Wars movie.

Yet despite this I adored this game, and through the magic of LEGO’s story-telling I now know enough to hold a conversation about the movies plots.

The original LEGO franchise; packed with laughs and my introduction to the Star Wars stories.
***
6. LEGO Star Wars: The Complete Saga How about all six Star Wars movies in LEGO form!

I’m led to believe the second trilogy is awful in film form but in my very digital world it means more lightsaber fights and collectible hunts, and who can say no to that?! 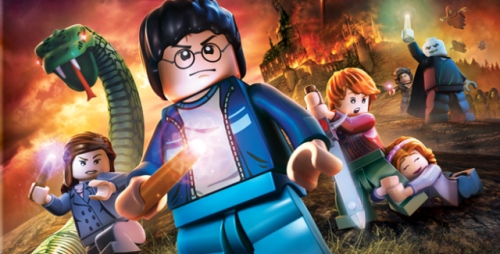 I had a proper sulk with the first LEGO Harry Potter game, but I got great joy out of this.

Most of my bugbears with its predecessor were glitches, and with those gone I got swept up in the magic and wonder of this game.

Again I have to admit I’d rather have my teeth pulled out than watch the Harry Potter films, but it didn’t dent my enjoyment of the game.

Hogwarts made the perfect backdrop to explore, and as I now remember all the houses involved I’ve clearly been educated too!

The major difference between this and the other LEGO games is the inclusion of spell-casting, an integral skill required for puzzle solving and navigation.

I wouldn’t want it in every LEGO game but I have to admit I enjoyed the variety.

Changing up the controls a little, LEGO Harry Potter Years 5-7 really was full of magic.
***
4. LEGO Pirates of the Caribbean 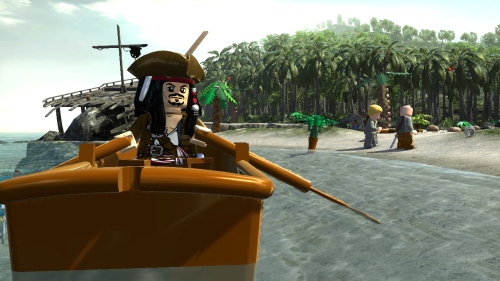 Finally, another game where I’ve seen the source material! LEGO Pirates of the Caribbean is simply a great game and really captures the spirit of the movies.

Whilst LEGO Pirates didn’t bring anything new to the table it was definitely the most polished title up to this point.

Everything just seemed to fall into place, and that gives this title a big push in the fun department.

Polished and full of personality, Lego Pirates is definitely an adventure worth having.
***
3. The LEGO Movie Videogame 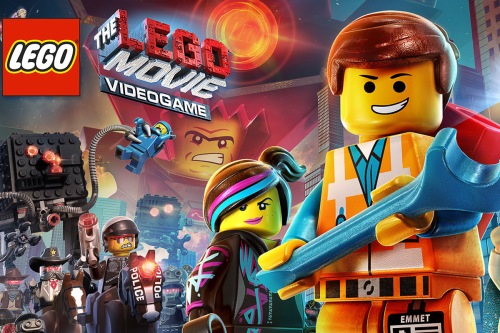 Once upon a time LEGO didn’t come in particular sets – you just got a box of bits.

All the themed collections hadn’t been invented and that meant an imagination free-for-all.

You could grab your toy dinosaur and have him rampage through your LEGO town ( which involved a saloon, a medieval castle and a spaceship) only to have Batman save the day, and it’s this sort of mentality that seems to have led to the LEGO Movie being created.

There’s not quite enough collectibles for my liking and it’s far from glitch-free but there’s no doubt that this game is closest to what LEGO used to stand for, and that is a wonderful thing.

Imagination is the name of the game as we wander through this game based on a movie based on a toy.
***
2. LEGO Lord of the Rings 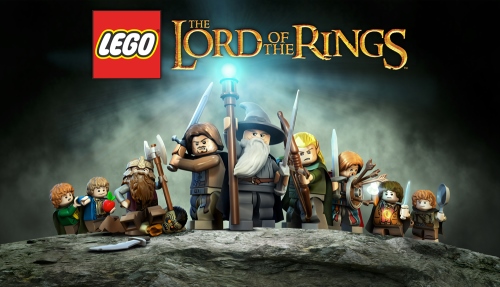 There are few fantasy films that involve as epic a journey as the Lord of the Rings saga so it makes perfect sense that it makes for a thoroughly enjoyable LEGO game.

I think the beauty of it is in the variety of both characters and landscape; one minute you’re a hobbit in the snow, the next you’re an elf surrounded by lava.

The game plays pretty much like all the others (although the addition of the classic LEGO horse brought me straight back to my childhood) but somehow as you undertake the winding journey to destroy the ring it just feels better, grander somehow.

That’s why when I was looking at what are the best LEGO video games I had no choice but to place it this highly.

Tolkien’s epic world is perfect for an open-world LEGO game. It’s fantastic in every sense of the world.
***
1. LEGO Marvel Super Heroes 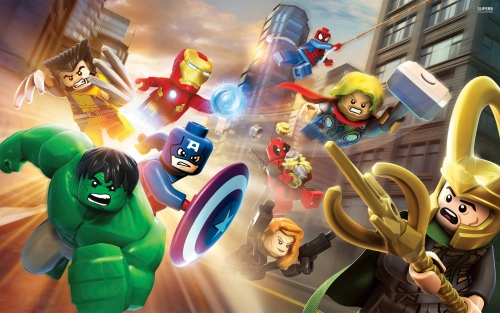 I just adore this game and in my mind there is no doubt that this is the pinnacle of the series so far.

The main hub areas are the S.H.I.E.L.D helicarrier and New York City and both are filled to the brim with collectibles, side missions and the ability to save Stan Lee (just how does he get himself into so much trouble?!).

Whilst it may not follow a movie plot the story is well thought out, humorous and above all action packed, and it will even take you all the way to Asgard.

The LEGO humour melds perfectly with the Marvel Universe to produce the most complete and captivating title in the series. If this is a sign of things to come then sign me up!

Little touches and a bucket-load of comic book lore make this the ultimate LEGO geek-fest.
***

Hopefully this list will help you out when it comes to purchases in the ever-expanding series.Will we ever have enough of this franchise? Maybe one day but whilst the humour and puzzles continue to grow, it’s going to be a long time coming.

Well, that’s largely down to preference, but I don’t think you can go wrong with Marvel Super Heroes.

If you disagree with me, please comment below!I’d love to hear your feedback :)

Even if you agree BTW …