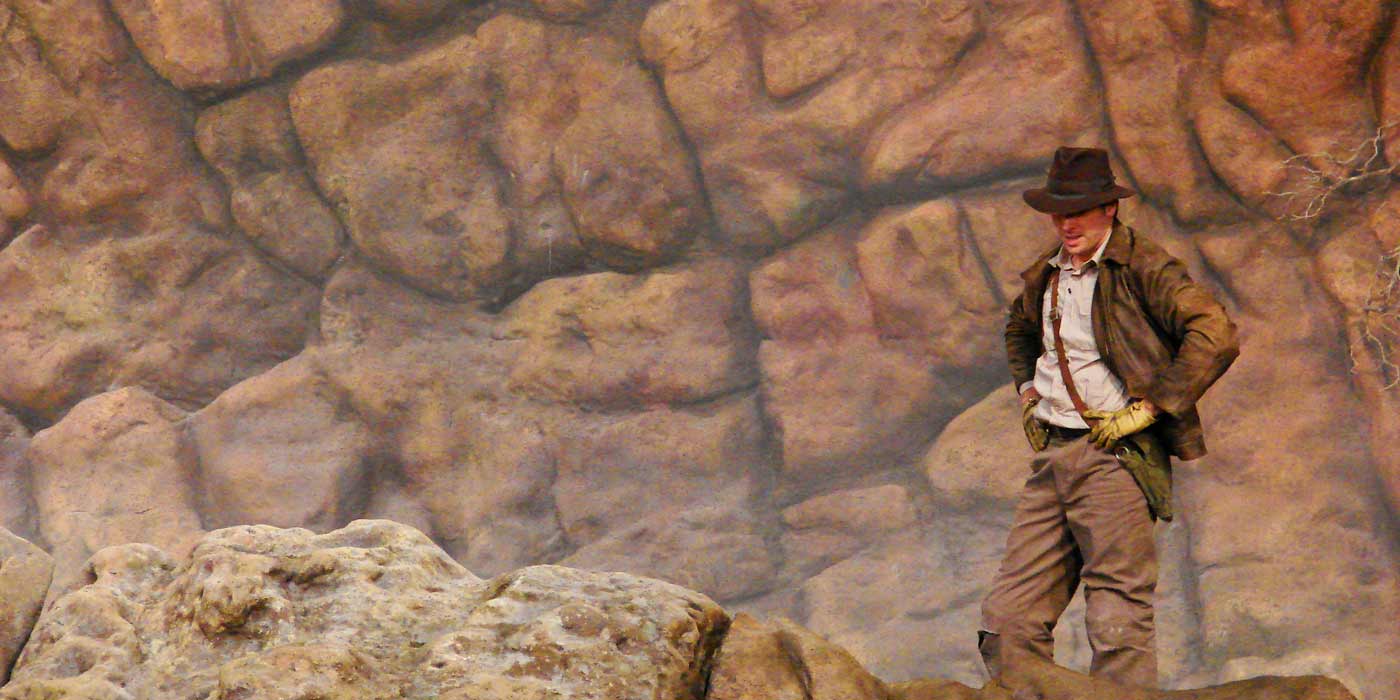 Which Indiana Jones Hero-Characteristics Made Him an Icon?

Courage, loyalty or wisdom are required in an epic hero. Indiana Jones hero characteristics gather these qualities and more; but there is even something else to him. ~ Valeri Linares
“Indiana Jones became part of the popular culture and got under the skin of people who love movies”- Steven Spielberg
Indiana Jones´s movies were considered ground-breaking at the time. The key could have been mixing humor with action, something often seen later on in other pictures from the eighties and up until today.Still, there is something iconic about Indiana Jones; a particular mix between an epic hero and an antihero in one main character that turned these movies into blockbusters.
***

Indiana Jones: The American James Bond of the Eighties

Steven Spielberg was short on budget when producing the first Indiana Jones movie, but he thought it was ok as he intended to make a B-movie based on adventures (just something he would have liked to watch as a kid at the local cinema on a Saturday morning).

He was inspired to base the hero of this adventures on James Bond, but since the budget was low and James Bond has such an expensive taste, George Lucas enticed Spielberg to go for another type of hero: the guy that sees himself involved in an adventure by fate rather than by purpose ( something more on the line of Cary Grant on North by Northwest). That way they turned to humour to compensate budget.

“I only made a couple of movies when I can put the silhouette of the leading character up on the screen, just the silhouette, and people will immediately know where that came from” Steven Spielberg

Indiana Jones character flaws make him easy to relate to. Indiana was the name of George Lucas´s dog. This may give you a hint on how approachable the character seemed for them from the start. Some of the aspects they blessed Indiana with have made him:

Unlike James Bond, who manages to come out of a fight looking dandy and fresh, Indiana Jones is already dusty and sweaty before the action has even started.

He falls and slips in the wrong timing very often throughout the movies, something James Bond would avoid like the plague. For example, he is responsible for the scar on his chin which came about when he was first training with the whip.

This is shown in different aspects, like his fear of snakes, or his sticky relationship with his father ( which is plainly shown in The Last Crusade).  His vulnerability humanizes him a bit more, making him an easy person to empathise with.

He is an archaeologist whose dearest passion is to research and to get a museum valuable historical pieces. It starts to sound a bit nerdy to me… so I would say yes, he can be a bit of a nerd.

He doesn´t value honour or glory, they are not his objectives. At the end of each movie there is never public recognition of his heroic acts.

His lack of interest in being perceived as a hero is given away in one of the most memorable scenes of Raiders of the Lost Ark:

He encounters a skilled swordsman at the market place who shows off his ability with the weapon at the start of the fight in order to intimidate him. But Indiana, far from being impressed with this sort of attitude, doesn’t really bother about exhibiting himself in front of the crowd at all. Instead, he pulls out a gun and shoots him at once.

3. HE ALSO HAS SENSE OF HUMOR

Unlike James Bond who is legendarily witty, Indiana Jones funny lines come mostly from his self-consciousness.

2. HE GETS WOUND UP RATHER EASILY

While James Bond is cold blooded in every situation.

1. AND HE GETS ON WOMEN’S NERVES

He is a brave good looking fellow who rescues and seduces the girl at some point… but he does get on women’s nerves (a lot!) beforehand (this applies to the three movies in the trilogy).

Picking on girls may be a way of getting their attention, but it is not something James Bond would ever have to try.

Charm is not really about being perfect. Charming characters with flaws have been interpreted by charismatic actors such as Cary Grant in the past or George Clooney in the present. These type of characters, pulled by the right actor, can become an instant hit with the audience.

After all, we may admire James Bond, but we actually love Indiana Jones.