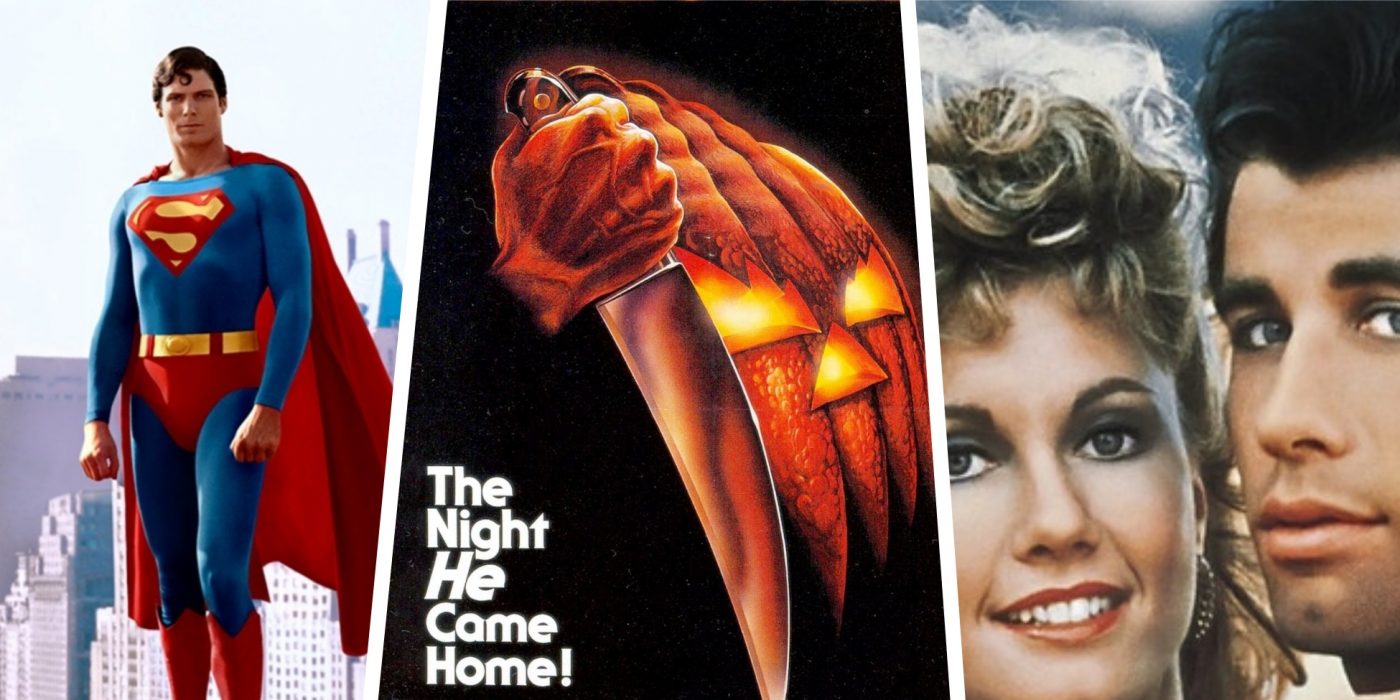 Halloween and Other Great Movies Turning 40

A new Halloween movie is coming out this year – a direct sequel to the 1978 original that ignores all the other movies, adding yet another alternate timeline to that confusing mess of a franchise. Still, it’s good to see Jamie Lee Curtis and ol’ William Shatner-face reunite once more 40 years later. In their honour, Itcher takes a look at a few Great Movies Turning 40.

A quintessential horror film that defined and popularised the slasher killer genre in the 1980s, this John Carpenter classic fully stands the test of time. Michael Myers, a murderous psychopath who killed his older sister as a child, breaks out of the sanitarium he was committed to and returns to his home town of Haddonfield on Halloween night – and he really, really doesn’t like teenage babysitters.

A trailblazer for the myriad of big budget superhero movies that have followed in the next 40 years, the original Superman is a stone-cold classic. Christopher Reeves’ iconic take of the Man of Tomorrow remains one of the most definitive and treasured portrayals of the character – and even fans of the much darker DC movies of late will find this movie’s optimism, hope and humour hard to resist.

A memorable mix of zombie horror and social commentary, mastermind George A. Romero’s second entry in the Of the Dead series finds a group of survivors trapped in a mall in the middle of a zombie outbreak. Prepare yourself for some truly gruesome gore and quite a few less-than-subtle jabs at modern consumer culture.

5 Movies like Dawn of the Dead: Dead-On Zombie Satires

One of the all time greatest musicals, Grease is the story of the young love between good girl Sandy and greaser Danny. A throwback to 1950s teen-age musicals, this is one of the two movies that made John Travolta a superstar – before, well, he starred in sequels to both that weren’t that great.

The Deer Hunter is widely considered one of the best films ever made – a three hour epic about how the Vietnam War forever changed the lives of a group of people living and working in a small industrial town in Pennsylvania. Starring, among others, Robert De Niro, Christopher Walken, John Savage and Meryl Streep, this one is a must watch for film buffs.