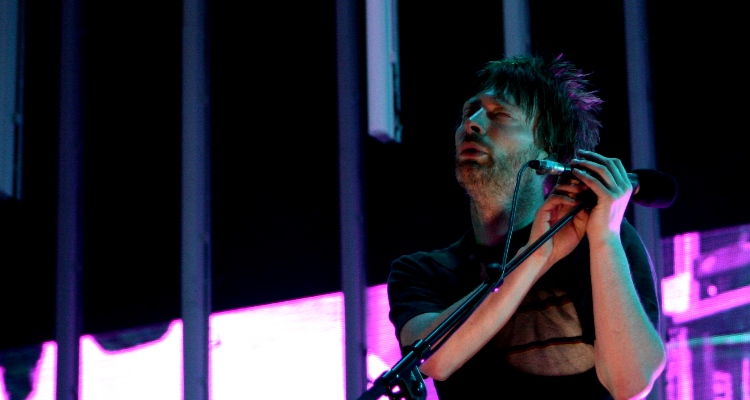 What Are The Greatest B-Sides All Time? The Neglected Classics

Although physical singles are now scarce, the b-side lives in the form of download-only outtakes and on album bonus discs. ~ David Lichfield
The b-side is one of music’s most fascinating concepts.

These additional tracks found on 7”, 12” and CD singles often threatened to surpass the lead track, with some being counted amongst the best songs in a band’s entire catalogue.

Great tracks can wind up as b-sides for many reasons.

Sometimes they were recorded after the current album was finished. On some occasions, the artist or label simply decided that they wouldn’t sit easily on the album.

Great tracks can wind up as b-sides for many reasons

Some b-sides, like How Soon Is Now? By The Smiths or We Will Rock You from Queen have become just as famous as the songs that they backed, with the former eventually being issued in its own right due to glowing feedback.

One reason for stunning tracks being relegated to b-side status is because a band has become so gloriously prolific that everything they touch turns to gold.

Some would argue that this description fits Oasis circa 1994-1996.

B-sides have often allowed a band to experiment in ways that they wouldn’t be permitted to on an album, and many b-sides have laid down the blueprint for band’s next direction.

Some acts – like the Pet Shop Boys and the Manic Street Preachers – have been so adept at producing b-sides that they have been able to release compilations full of them.

Listen to a band’s b-sides in chronological order and you’ll be able to enjoy a secret history of bizarre stylistic diversions, instrumentals, two-minute pop gems and lengthy jams sung by the drummer.

So, just what are the top b-sides of all time?

Which tracks deserved not just studio album status but to be issued as a-sides in their own right?

The Manics’ tribute to the titular character of Brett Easton Ellis’ American Psycho was slated for release as a single in 1992.

Six-and-a-half minutes of uncompromising crunchy hard rock, Nicky Wire proposed that Patrick Bateman would be “the meanest, most motherfucking horriblest single of all time”.

Someone at Sony evidently saw things differently and lines like “I fucked God up the ass” meant that it would never see the light of day as a 45.

Honourable mentions as other best b side songs of all time go out to Prologue to History, Sculpture of Man, Comfort Comes and a whole multitude more.

James Dean Bradfield has gone on to describe his music as “dreadful”.

Flipside to the legendary synth-pop duos first chart hit, UK and US #1 West End Girls, A Man Could Get Arrested is apparently inspired by both a violent incident in Central London and sexual frustration.

Some lines were direct quotes from early PSB producer Bobby Orlando, the man behind the lines “of course I told her I loved her – not just ’cause she insisted’ and “if you’ve got your health, you’ve got everything, that’s what my doctor said…”, referring to the fact that Orlando would never go to bed with a lady until she underwent a medical check-up.

One of several flawless b-sides from the era, which also brought us iconic PSB classics like In The Night and Paninaro.

This is the version you’ll find on 1995 compilation Alternative.

Purchasers of OK Computer’s lead single were enthralled to turn the blue vinyl over to hear the stunning Polyethelene for the first time.

Radiohead had already issued a series of formidable, hugely-dramatic and angsty b-sides like Talk Show Host, The Trickster and Killer Cars but the fact that Polyethelene failed to appear on OK Computer remains mystifying.

Perhaps now more famous as a Hatful of Hollow album track – with that singles, b-sides and sessions compilation often being seen as a superior representation of their early work than their actual debut – Handsome Devil was never issued as a conventional studio track, making the BBC Session version the most polished available.

This live version was recorded at Manchester’s Hacienda club

Galloping, frenetic and oozing with northern perviness, Johnny Marr’s muscular post-punk riffs act as the perfectly odd accompaniment to the wordplay of Morrissey’s sordid protagonist (“a boy in the bush is worth two in the hand, I think I can help you get through your exams”). This live version was recorded at Manchester’s Hacienda club.

Despite lasting for eight-and-a-half-minutes, Sheffield: Sex City never outstays its welcome, with its magnetic Yorkshire noir being matched by the even darker flipside Deep Fried In Kelvin, released as a b-side to Lipgloss a year later.

The His ‘N’ Hers era is so sublime that the deluxe edition, featuring all the era’s bonus tracks is a must have, the second disc being an essential companion to the original studio album.

This Chester cult art-rockers really did know how to produce a b-side.

Famed for their four-track EPs, the band would often spread as many as four or five brand new tracks across their CD, cassette and 7” single releases, with only a handful of disappointing b-sides ever being issued.

All the Attack of the Grey Lantern b-sides – or EP tracks as you may prefer to call them – were compiled onto a Collectors’ Edition of their debut a couple of years back.

Mansun coaxed Magazine’s Howard DeVoto out of the wilderness to contribute to not only the blistering melancholia of Everyone Must Win but later b-side Railings too.

Let’s hope the Six era gets the same treatment as Grey Lantern at some point.

So, What do You Reckon?

What are your favourite b-sides, non-album tracks or other similar outtakes?

Let us know below.