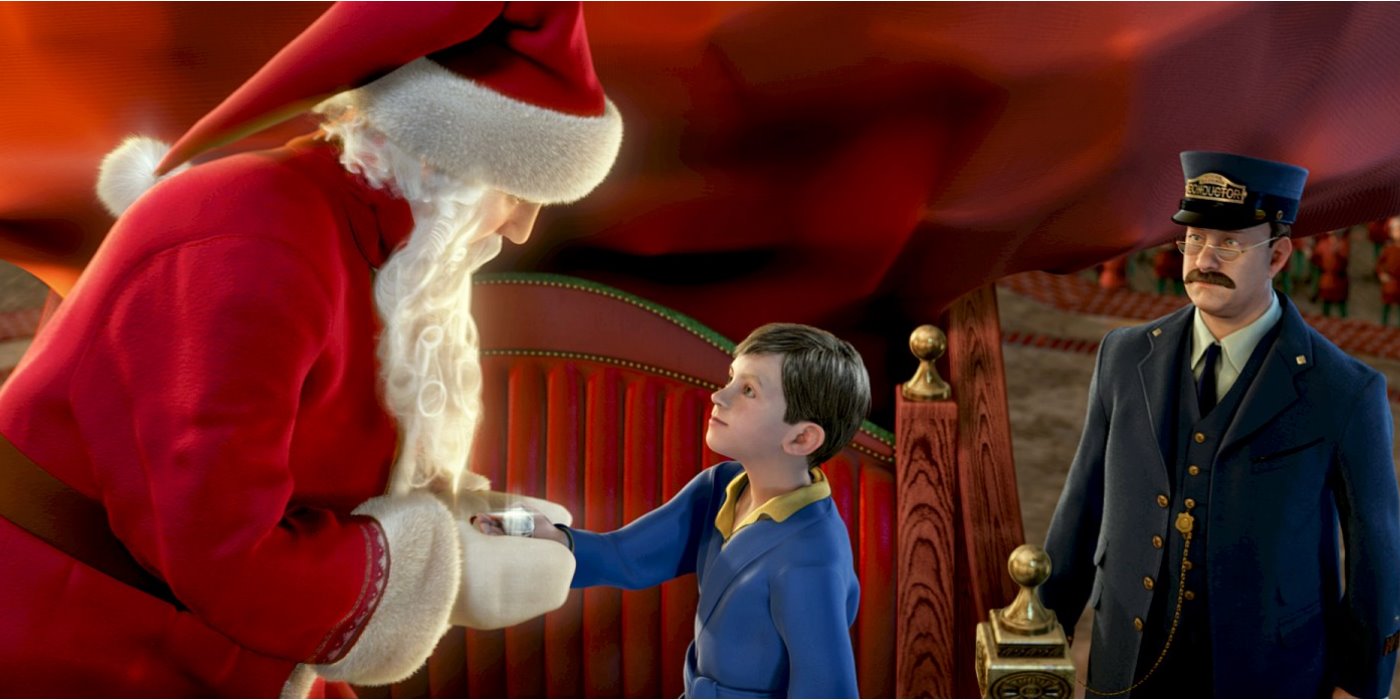 The Snowman (1982), The Gruffalo (2009) and Rudolph the Red Nosed Reindeer (1964) are some of the most beautifully animated, wonderfully festive Christmas animations.
~ Jane Howarth
If your family is anything like mine, top Christmas animated films are an essential part of the holiday, and it’s been that way for years. But when I looked around for more inspiration, I stumbled across a divide.

Many of the greatest animated Christmas movies all time were originally created as television movies, and as a result, we all love our childhood favourites but don’t see as much of the alternatives as we should. I might be a child of The Snowman, but nothing on earth could stop me from loving Rudolph!

Animated Movies about Christmas You’ll Fall in Love With

Jack the Pumpkin King ventures beyond the land of Halloween and stumbles into Christmas territory, where he is quickly enchanted by what he finds.

But of course, when he takes some inspiration home, things don’t go to plan.

A Christmas movie or a Halloween one? Who knows, but either way, Henry Selick’s stop motion version of a Tim Burton concept is one of the best holiday-themed animations around.

Find more movies similar to ‘The Nightmare Before Christmas’ here.

A boy has nearly given up on Christmas, until the magical Polar Express train arrives to take him on an amazing Christmas Eve journey.

I think it’s one of the best Christmas movies around, but it’s also a wonderful animation. Using motion capture CGI, it somehow manages to hold onto the spirit of the book’s original illustrations too.

Meanwhile, Tom Hanks narrates and voices most of the adult characters, for a true ‘story book read aloud’ feeling.

Can a movie please fans of both traditional and computer animation? I think Ron Howard’s movie comes pretty close.

Based on the Julia Donaldson story and German illustrator Axel Scheffler’s accompanying pictures, The Gruffalo is the story of a mouse who bluffs that he is friends with a fearsome Gruffalo.

So what happens when he stumbles upon the very same creature?

Despite a monster theme, what always stands out to me is the naturalism of this animation. The snapping of twigs, the rustling of the leaves in the trees – you could easily be right there in the woods, walking besides your new, mousy friend.

This British and German production will send you back to a childhood of story reading time. Oh, and it’s perfect for actual children, too.

A boy builds a snowman, and wakes up in the middle of the night to find he’s come to life.

Based on the Raymond Briggs book, the BAFTA winning short is one of my all-time favourites (but just don’t talk about the sequel – I cried from beginning to end, and have never collected enough courage to watch it again).

I can’t be impartial on this one, since I don’t remember a time when I didn’t love it and didn’t own a little well-worn plush snowman.

The hand drawn animation is just charming, and suits both the snowstorms and the cosy glow of the fire just perfectly, and the characters are irresistibly lovable.

Another classic from Raymond Briggs, Father Christmas sees a suburban Saint Nicholas try to fill the year before it’s time to get back to work. The results are mixed, and mostly amusing, with a nice cameo appearance for Snowman fans.

It’s only recently that I started to wonder why Father Christmas doesn’t live at the North Pole in this version, but what do I know? Britain might suit him just fine, and besides, there’s no need for him to live at the workshop.

Animated in the same style as The Snowman, this animated short brings a bit more comedy, but it’s still cosy and it’s still animated with the distinctive pencil hatching.

Created as a Silly Symphonies piece in the days before Snow White and The Seven Dwarfs (1939), we follow North Pole preparations in a short film from Disney. It’s not very long, but it’s fun, and it feels like a little window into the 1930s.

It’s definitely got the look of the era about it, so if you’re not totally sold on archive entries this might not be for you, but at around seven minutes in length, it’s not too much of an imposition if you want to give it a try.

Based on the Clement Moore poem which crystalised Santa’s routine for the world, another Disney Silly Symphonies short from Wilfred Jackson follows the all-important sleigh ride and peeps in on the waiting world below.

It’s just under ten minutes long, but it’s worth seeing.

It doesn’t stick too closely to the poem, which might bother you if you’re looking out for your favourite moments. Apart from that, it’s an interesting version that’s perfect for anyone who enjoys classic animation.

In a really cute animation based on Charles M. Schulz’ Peanuts comic strip and penned by the creator himself, this is a sweet, minimal production.

Charlie Brown is disappointed when his friends forget the true meaning of Christmas. He sets about reminding them what’s really important.

With all its simplicity and emphasis on what’s really behind the commercial side of the holiday, you would never imagine Coca Cola sponsored the short movie, making it possible to bring Snoopy and friends to the screen for the first time.

The American TV movie based on the song, Rudolph the Red Nosed Reindeer, doesn’t need much introduction. Yes, this is the tale of the misfit reindeer and his struggle for acceptance in the tight knit North Pole community.

I hadn’t seen it until recently, and even the creators didn’t envision the TV movie’s cult success, but it’s been beloved for decades and I can see why.

The characters are sweet, it’s full of fun moments and adventure too, and the vintage stop motion style is hard not to fall in love with.

Yes, it’s the movie of the song! Prepare for a ton of festive cheer in another TV special from the creators of Rudolph the Red Nosed Reindeer.

A magician brings a snowman to life, who is quickly befriended by a group of children who take him on adventures around town, as they try to work out a way to keep Frosty cool forever.

Will the magician succeed in taking back the magic before they can find him a chilly home?

The brightly coloured, super chirpy community drives its only green resident into hiding. When a child befriends him and tries to bring him back to town, things take a turn for the worse and he plots to bring down Christmas.

Not the Jim Carrey version, though it’s definitely one of the best Christmas movies around (find similar movies by following this link). This animation has a different attraction, though, as horror actor Boris Karloff narrates..

But like the live action favourite, this movie takes a cue from the Dr Seuss story (and originates the catchy song).

Oh No, We Reached the End Already?

The saddest part of these brilliant animations?Sometimes they’re just too short – come back, guys!But then, many of Pixar’s brightest moments are found in their short animated movies, so I guess it’s just something we have to accept.

Secretly, I’m wishing for another feature length movie like Polar Express this year.

Whether you grew up watching it or recently added to the must watch list, tell us all about it in the comments.