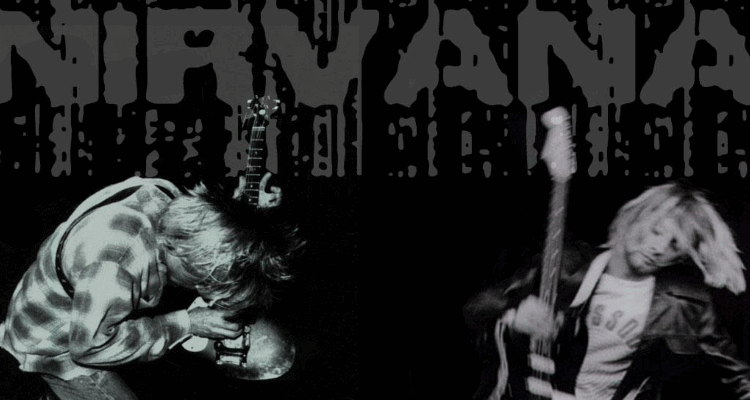 Below this article I list what I believe to be the best music hits of the 90s but first I’d like to introduce some concepts.

The 1990s was an extremely vibrant time for popular music and culture, and for a couple of years at least, Britain was an incredibly exciting place to be as a wave of optimism and vibrancy swept the nation.

Some of the most successful bands and solo artists of the 1990s included grunge legends Nirvana, girl power combo the Spice Girls and the indie-rock force that was Oasis.

Meanwhile, various acts of the 1980s continued to sell vast amounts of records in this decade too, such as Madonna, Michael Jackson and U2. In fact, some of the top music hits from the 90s were created by veteran acts that had been on the scene for quite some time.

Some cult rock acts of the 1980s such as the Red Hot Chili Peppers and R.E.M. truly went overground, becoming household names all over the world.

An extremely vibrant time for popular music and culture

In the UK, the early 1990s’ charts were characterised by indie-dance bands, rave acts and boybands, before the resurgence in guitar-led pop in around 1994.

The Britpop movement was headed by the acts Blur, Oasis and Pulp, with the first being embroiled in a chart battle that was even covered by TV news shows.

As the Britpop movement died down, pop and dance dominated the latter end of the decade, whilst hip-hop and R ‘n’ B became more and more popular as the era progressed.

Some of the most popular 90s music hits were incredibly original and sounded like nothing that had ever entered the mainstream before.

A Huge Sense of Optimism

American punk-pop bands such as Weezer and Green Day were met with a strong following all over Europe too, whilst alternative cult acts such as Pavement, the Breeders, Pixies and Smashing Pumpkins (check out some other similar bands too!) became favourites amongst students and other such types everywhere.

Many British acts found success in America, with not just the Spice Girls but indie-rock acts like Radiohead and Blur having sizeable hits across the Atlantic.

The classic rock of the 70’s and 80’s was eschewed in favour of something more downbeat, angstier and in tune with the world’s alienated youth, with grunge acts such as Nirvana and Pearl Jam filling the hole vacated by bands like Def Leppard, Queen and Guns N’ Roses, who would not survive much further than 1992 with most of their line-up intact.

It’s also worth mentioning that the grunge sound appeared to drop in popularity overnight once Nirvana’s frontman Kurt Cobain committed suicide. Tellingly, this event occurred at pretty much exactly the same time that Oasis released their first single – perhaps marking the moment that guitar-based attentions were switched from the US to the UK, and angst was sidestepped in favour of hope.

Britpop too – as well as the sense of optimism that has gripped the UK in the mid-1990s – appeared to end around the ten-day period between Oasis releasing their much-maligned ‘bloated’ third record Be Here Now and the death of Diana, Princess of Wales.

The period between 1994 and 1997 not only offered Britpop but England’s success in Euro ’96, iconic British film and television plus a change in government – consider all of this and its clear to see how the culture of the time felt so exhilarating.

The culture of the time felt so exhilarating

In the electronic world, drum ‘n’ bass and trip-hop were powerful movements during the second half of the decade, with names such as Portishead, Massive Attack and Roni Size offering dark, late-night antidotes to some of the more overly-cheerful and somewhat derivative sounds being produced by the big 1990s British guitar bands.

Big beat artists such as The Chemical Brothers, Fatboy Slim and the Prodigy all had number one singles in the 1990s too with the some of the period’s most exhilarating dance hits – with the Prodigy’s 1997 album The Fat of the Land actually going to number one in the US.

We’ve chosen five of the most innovative 1990s best music hits to showcase just how exciting things were at the time.

We Didn’t Mention your Favourite?

Tell us which song was exciting you in the 90s and is still giving you the creeps if you happen to hear it now on the radio.

Which beat got you going?

Which intro makes you whistle right away?

Which melody fires up your memories?