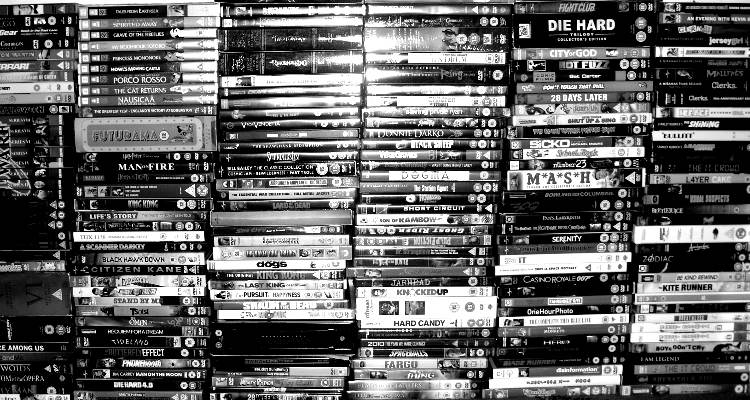 Great Movies You Should Own: From Alien to Zoolander

Whether it’s sci-fi or horror, romcom or thriller, a good DVD is a safe choice for your movie collection. Great movies you should own can vary in genre but critics agree that they should include at least some classics like the works of Hitcock and 1950s black and white Hollywood productions. ~ Paola Bassanese
***
Alfred Hitcock‘s Psycho (1960) should always be included in a DVD collection: from aspiring film makers to thrill seekers, this movie is so ground-breaking that it needs watching again and again.

The Great Films You Must Own from Sci Fi to Musical

Among the sci-fi category, classics like Alien (1979) and Blade Runner (1982) are worth keeping in your DVD library to explore their visionary worlds of the future, while The Matrix still looks fresh in its fight scenes.

There’s also movies that are difficult to categorise, which makes them even more fascinating: examples such as Fargo (1996) and Pulp Fiction (1994) mix comedy with horror.

Then there’s musicals like Grease (the original 1978 movie only, because in my opinion the lesser known 1982 film Grease 2 with Michelle Pfeiffer is not worth your time) and Saturday Night Fever I(1977) if you like a good sing-along.

Best Movies You Should Own in Adventure or Others

For adventure seekers, look no further than Indiana Jones: Raiders of the Lost Arc (1981 onwards); for fantasy movies, The Lord of the Rings (2001 onwards) and Harry Potter and the Philosopher’s Stone (2001 onwards).

If you are a fitness enthusiast you might find inspiration by Rocky (1976) and Raging Bull (1980).

There’s also more niche films like Westerns and war movies so in your collection you cannot miss The Good, The Bad and The Ugly (1966) in the Western section and Saving Private Ryan (1998) or Schindler’s List (1993) in the war movies section.

What About Comedies and Classics?

For comedy, my personal favourites are Jerry Lewis‘ films – Artists and Models (1955) will always be my go-to movie for a good laugh.

A true classic is Some Like it Hot (1959) with Marilyn Monroe.

Another personal comedy favourite is Zoolander (2001) – it may not be a classic as such but based on the number of times it is shown on television it is a rather popular choice for light entertainment.

What Do You Recommend?