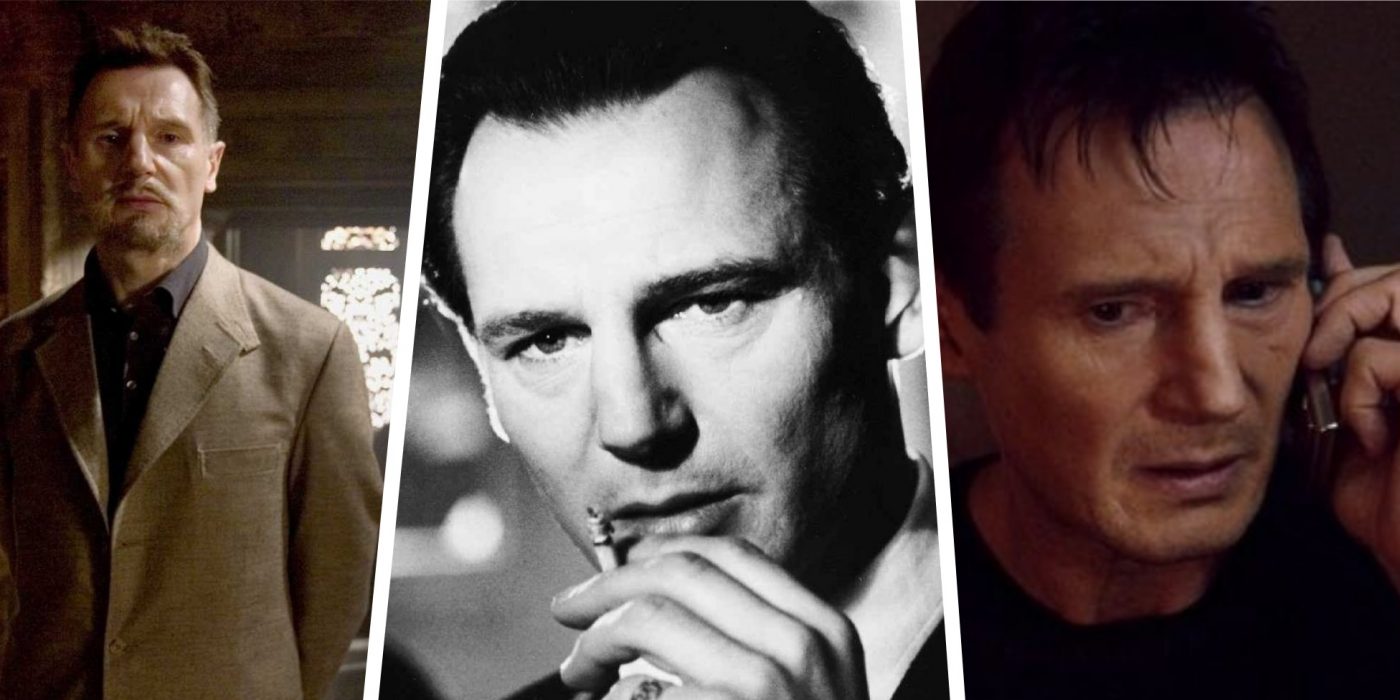 The man with a particular set of skills himself, Liam Neeson, celebrates his 66th birthday today – and in honour of that, why not take a look back at some of his most memorable roles over the years? This is 6 Great Movies With Liam Neeson.

The action movie that once again turned Neeson into a household name and led to a a whole string of ‘older guy kicks butt’ movies for him to star in, Taken is as straightforward as they come – bad guys kidnap the hero’s daughter, he has to save her and kill them. Neeson’s now immortal particular-set-of-skills speech is a great example of the kind of gravitas he brought to an otherwise generic, if still very enjoyable flick.

One of the best directors in history’s undisputed masterpieces, Schindler’s List stars Neeson as the titular Oscar Schindler – a real life historic figure who saved a number of Polish Jews during the Holocaust by employing them as workers in his factory. Unsurprisingly, Neeson was nominated for Best Actor – one of the 12 nominations for this absolutely brilliant and emotionally devastating historical drama.

A survival thriller that sees Neeson and a group of men face a pack of hungry wolves in the frozen wilderness of Alaska. Think of it as a leaner, more clear cut take on The Revenant with wolves instead of a bear. Make sure to stay after the credits!

5 Movies like The Grey: Mayhem from Alaska to Paris

Batman’s triumphant return to the big screen in 2005 was aided by a darker, grittier, down-to-earth approach to the character – as well as an excellent cast. Among them was Liam Neeson, who played Bruce Wayne’s mentor Henri Ducard. You don’t just get anyone to play the guy who taught Batman everything he knows – Neeson’s casting was inspired and he was great in the role, which ended up taking a surprising turn.

A child with a terminally ill mother is visited one night by a giant tree-monster. Although you won’t see much of Neeson in this dark fantasy drama, you’ll definitely hear him a lot, as he voices the titular Monster. A Monster Calls is beautiful and heartbreaking tale and Neeson’s voice was the perfect fit for the giant creature.

Another historical drama, this time about a an 18th-century Scottish clan chief and his rivalry with an unscrupulous nobleman. A swashbuckling historical adventure starring Neeson, Jessica Lange, Tim Roth and the legendary John Hurt.