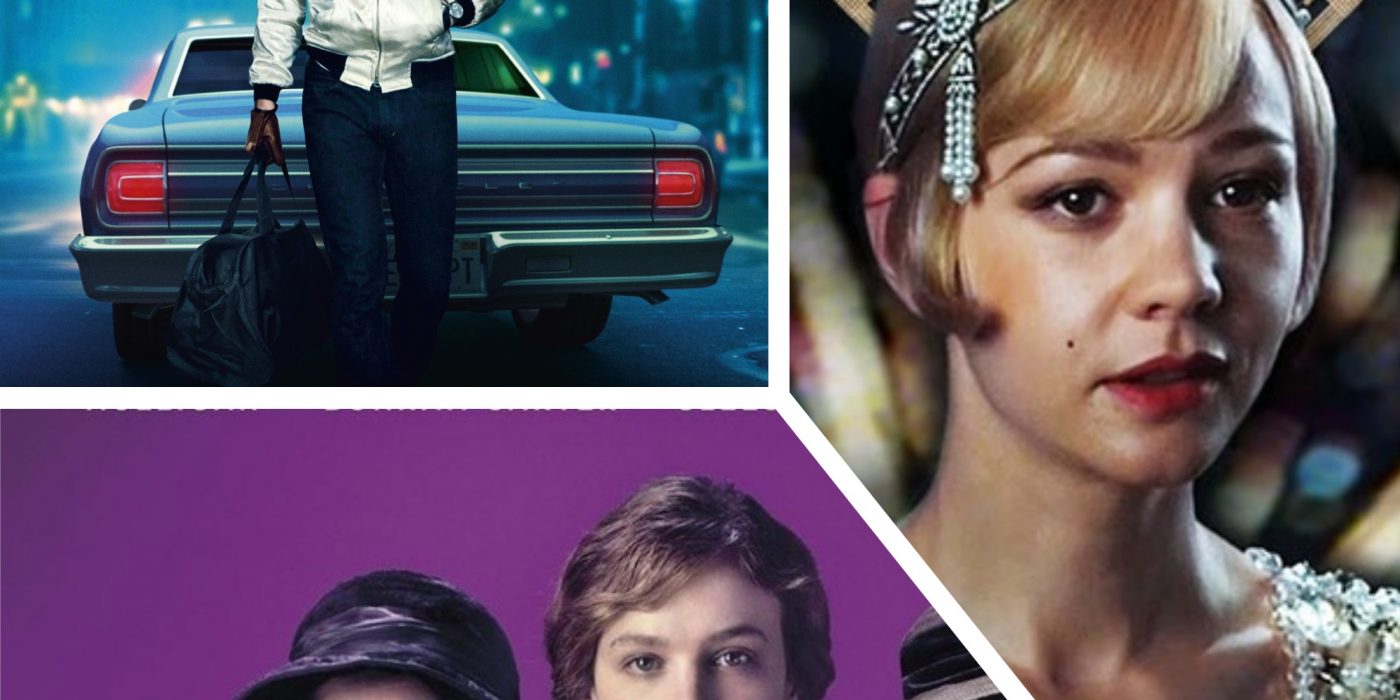 The wonderful Carey Mulligan turns 33 today and to celebrate her birthday, we’re going to take a look at some of her most memorable roles over the years. These are 5 Great Movies With Carey Mulligan.

The movie every self-respecting male film buff has to say they love, Drive is a terrific showcase for star Ryan Gosling’s acting talent and also features a very memorable turn from Carey Mulligan. Who else could melt the icy heart of the nameless getaway driver and bring out the real human being in him? Plus, Gosling and Mulligan get to share one of the best movie kisses in history.

Daisy Buchanan, the love of Gatsby’s ludicrously rich life is a tough role that can all too easily come across as frivolous or unsympathetic. Fortunately, Carey Mulligan was more than up to the task, bringing glamour, depth and humanity to the character. Wouldn’t you say so, old sport?

This critically acclaimed period drama about two WWII veterans – one black, one white – who find themselves changed when they return home features yet another terrific performance from Mulligan. She plays the wife of one of the veterans’ brother, struggling to cope with looming poverty and passionless marriage.

Another period drama, this time about women’s suffrage in the UK, finds Carey Mulligan leading an all-star female cast that includes the likes of Helena Bonham Carter and Meryl Streep. Mulligan is more than capable of going toe-to-toe with acting legends of this calibre, let alone men on the wrong side of history.

A coming-of-age drama based on the book of the same name, An Education is the story of a young girl seduced by an older con-man. Carey Mulligan was so good in the lead role that she earned a ton of recognition and praise, as well as an Academy Award nomination for Best Actress – no doubt, the first of many.