So, you’ve read Twilight (2005) and the others (New Moon (2006), Eclipse (2007), Breaking Dawn (2008)) and you want something else to read, something that might grab your attention and emotions like Stephanie Meyer’s work? You’ve come to the right place to find some great books like Twilight! ~ Helen Maloney 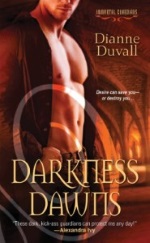 Again, we have someone breaking the mold with vampire fiction in that the vampires aren’t the typical ones you might expect. These vampires are insane creatures who are hunted by the Immortal Guardians, a group of individuals worldwide who share many similarities with vampires, e.g. super strength, speed, fangs, a need for blood, longevity, etc., etc. These Immortal Guardians, however, also have gifts that they had as humans, like telepathy and healing.

This first installment in the series revolves around an Immortal Guardian who is very much alone and expects to remain that way, until he meets a woman who changes his mind.

She is dragged into his world, having to come to grips with the reality of vampires and Immortal Guardians while falling in love with the reclusive ‘hero’, successfully bringing him out of his shell.

SIMILARITY MATCH: 80%
Making this a series of recommended books similar to Twilight and, in general, having a similarity rating of 8/10.
***
`Once Burned´ by Jeaniene Frost (2012) Another great book like Twilight is Once Burned: within its pages we have a tortured hero, convinced he is a monster and will spend the remainder of his existence alone (unlike Edward though, there is some cause for Vlad to believe this) until he meets his unassuming heroine, a misfit who sparks his interest.

In this case, the ‘sparks’ is literal as she has a gift for electricity while he has one for fire, unsurprising this book is hot!

We have the disapproving father, the struggle to prove Vlad is worth loving, coming to terms with his nature and his world, as well as various enemies to defeat and minor issues to overcome. 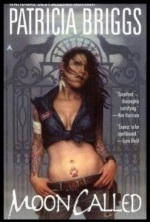 As well as being different in many ways to a lot of vampire fiction, Twilight tries to discuss what life as a vampire may be like – the realities, the darkness as well as the ‘perks’, usually through the stories of how the vampires were turned and their early years, e.g. Rosalie’s story.

Patricia Briggs´Moon Called is such a book which does the same thing but for werewolves. It’s written for adults, so it can go a bit more in depth and be a bit darker than Twilight which has a predominantly adolescent audience.

There are vampires in this series as well, and again they are different in some ways to the original stereotype, but the focus is on the wolves and the romance and realities of their lives.

SIMILARITY MATCH: 60%
On the whole, because of the depth and darkness, as well as romance, I would give Moon Called a similarity rating of 6/10.
***
`Here Be Sexist Vampires´ by Suzanne Wright (2012) 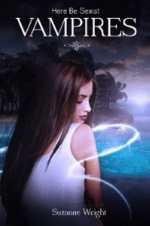 I don’t know about you, but one of the things I enjoyed about Twilight was how the vampires differed from the stereotype.

Suzanne Wright’s vampires are completely different from any others I have read thus far.

They have powers, although on a much wider scale than those in the Twilight series. They have Sires who can control them, like in other vampire stories but unlike Twilight, however, they do live in larger groups with real relationships, like the Cullens.

The storylines are different, mainly because the worlds they are set in are different and both protagonists are vampires, but they have to defend their relationship and their home against invaders, in a similar way to how Bella and Edward do, so there are some similarities.

SIMILARITY MATCH: 40%
Overall, I give Here Be Sexist Vampires a 4/10 for similarity to Twilight but I think the new vampire world Suzanne Wright has created is well worth a read.
***

What would be your recommended books similar to Twilight if you were creating a list? Have you enjoyed any of the novels or series mentioned or have you been enthused by the descriptions and you’re off to discover them for yourself?

Please let us know your thoughts on the books listed and any others you would say are great books like Twilight.

But in case your fingers start hurting from turning page after page, give them a break and watch one of our movies like Twilight.